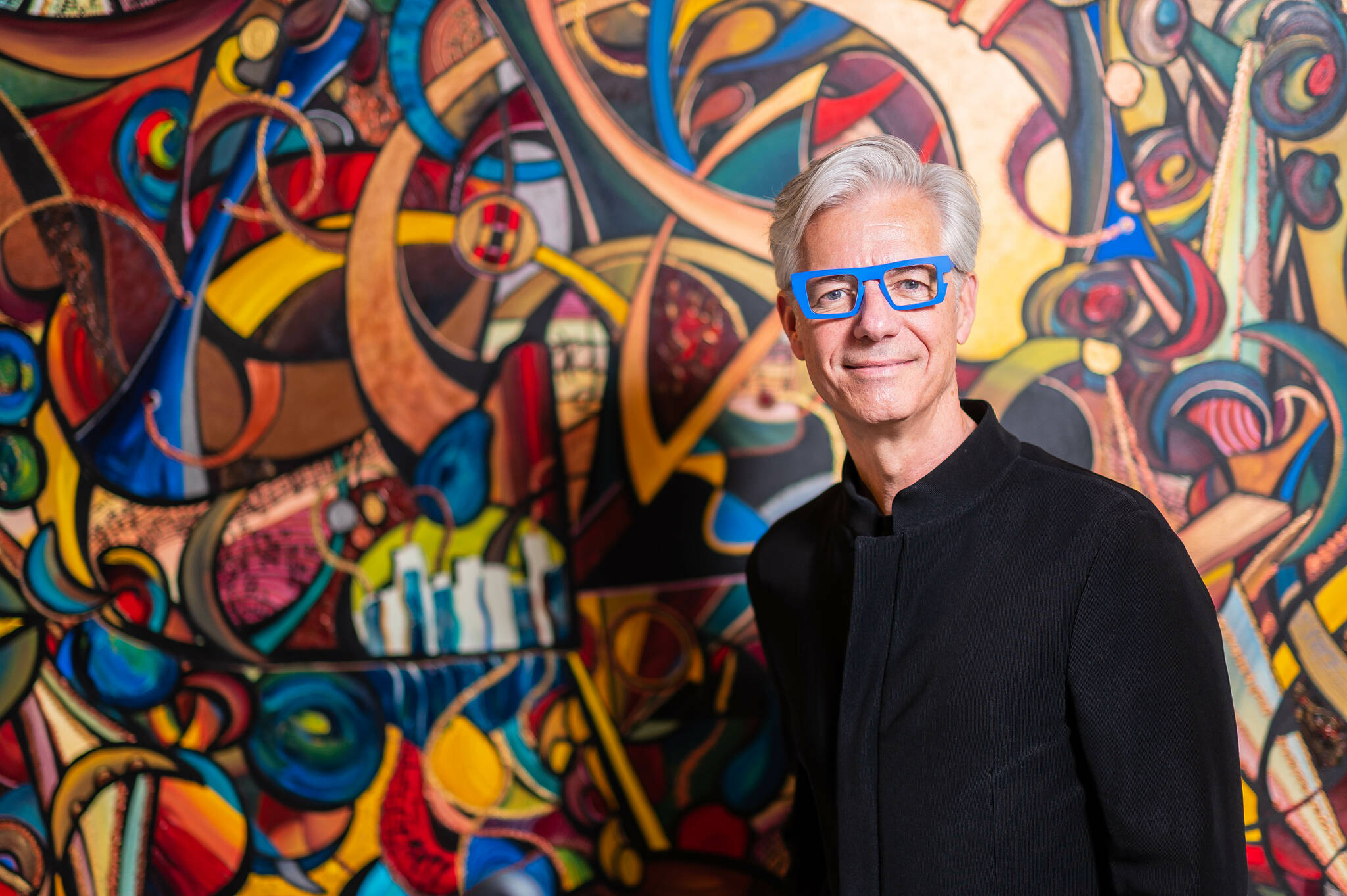 Music is an essential element of cultures across the globe. Its unique sounds and stories help people feel connected to their cultures.

However, growing up surrounded by the music of his culture was not something B.C. Métis composer T. Patrick Carrabré got to experience.

Carrabré was taken from his birth mother as a baby during the mass 1960s removal of Canadian Indigenous children from their communities and families known as the Sixties Scoop.

After being adopted by a white family, the boy who is now director of the UBC School of Music, grew up unaware of his Métis roots and without a connection to Métis customs, traditions, and music.

“It’s very typical for Indigenous people who are particularly involved in classical music to have grown up in a settler family. I didn’t grow up with my family, and I have a Ph.D. in music as a result,” said Carrabré.

Carrabré learned of his background as an adult through DNA testing, eventually meeting his mother and siblings. While not all Indigenous peoples share the same experience, the impact of assimilation throughout Canadian history continues to affect communities.

As a direct result of colonization, the music of Indigenous communities has long been repressed. However, mainstream Indigenous music provides a way for many to re-learn and re-claim their culture while educating the rest of Canada.

Carrabré, who has worked with many Indigenous artists, has noticed a growing wave creating sounds inspired by their traditional music.

“When I worked with the Inuit throat singers, I had a choice of either singers who were in their 70s or singers who were in their 20s because no one in the middle had been able to practice that art. So it’s that act of reclamation, and they’re quite passionate. They want to learn from their elders; they want to learn from these traditions. And then often what happens is that then they want to do something cool for their generation,” he said.

In another example of mainstream representation, Inuk throat singer Shina Novalinga is using TikTok to educate others on Inuit culture and music. Her videos have millions of views, reaching 4.1 million followers on TikTok.

Many of Novalinga’s most viral videos show her and her mother performing traditional throat singing, also known as katajjaq.

According to Carrabré, the rest of Canada can learn much from Indigenous music.

“To see how central it is to those cultures, which have managed to sustain themselves through such difficult times, I think that that’s a real beacon for the rest of us because we’ve become so much more consumer-oriented,” he said.

“We turn on the T.V., we turn on the radio, we watch Netflix, we don’t often make our own art. And I think that connection, that reality, that it can be a part of your life in a more personal way, I think that’s a really good message.”

As Canada continues to work towards reconciliation, the growing popularity of Indigenous music is aiding that fight — popularity which Carrabré believes will not be slowing any time soon.

“We’re talking about incredibly vibrant cultures that we could not kill. So give them back their music, and the future is kind of limitless.”

PODCAST: David Suzuki gets charged up over electric vehicles

VIDEO: Is this B.C. road one of Canada’s most haunted?