Jesper Vikman was the story of the game Friday night, Nov. 4, in Lethbridge, as he made 44 saves en route to a 4-3 Giants victory, as the team wrapped up their sixth road trip game.

Samuel Honzek opened the scoring on a wrist shot from the right circle that ringed in off the post 3:04 into the game. Zack Ostapchuk, and Ty Thorpe assisted.

Hurricanes’ Tyson Laventure tied it ten minutes later off a redirection in the slot. 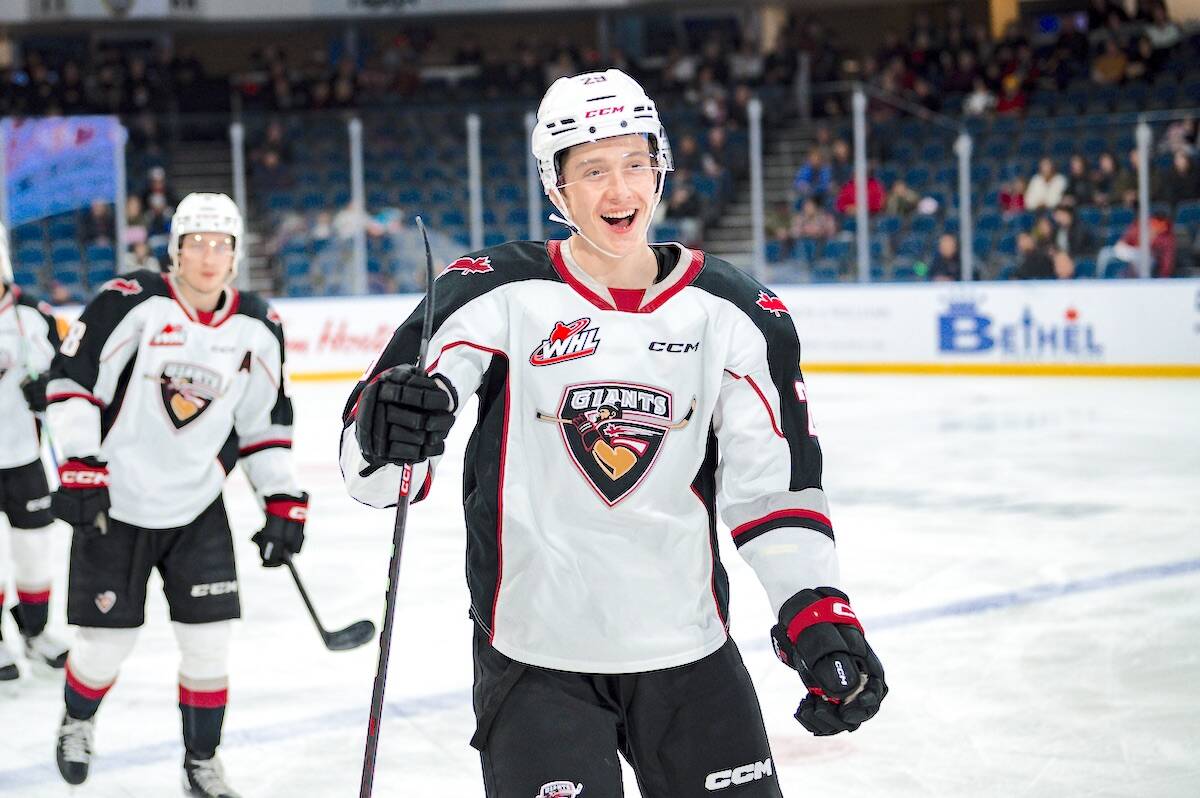 Samuel Honzek scored in the shoot out for 4-3 Giants win on Friday, Nov. 4. (Erica Perreaux/Special to Langley Advance Times)

Then, Jaden Lipinski, with Ty Thorpe, and Mazden Leslie, shoveled in a rebound on a power play with 4:47 to go in the period.

At the 10:40 mark of the second, Logan Wormald tied it for Lethbridge off an odd-man rush.

With under four seconds remaining in the second, Ty Thorpe converted a 2-on-1 with Zack Ostapchuk to restore the lead for Vancouver heading into the intermission.

Just 4:58 into the third, former Giant Cole Shepard tied the game for the Hurricanes on a power play, his third point of the night.

After a scoreless overtime, the game went to a shootout, with Honzek and Lipinski both scoring, while Lethbridge missed twice.

Vikman was named second star of the game. 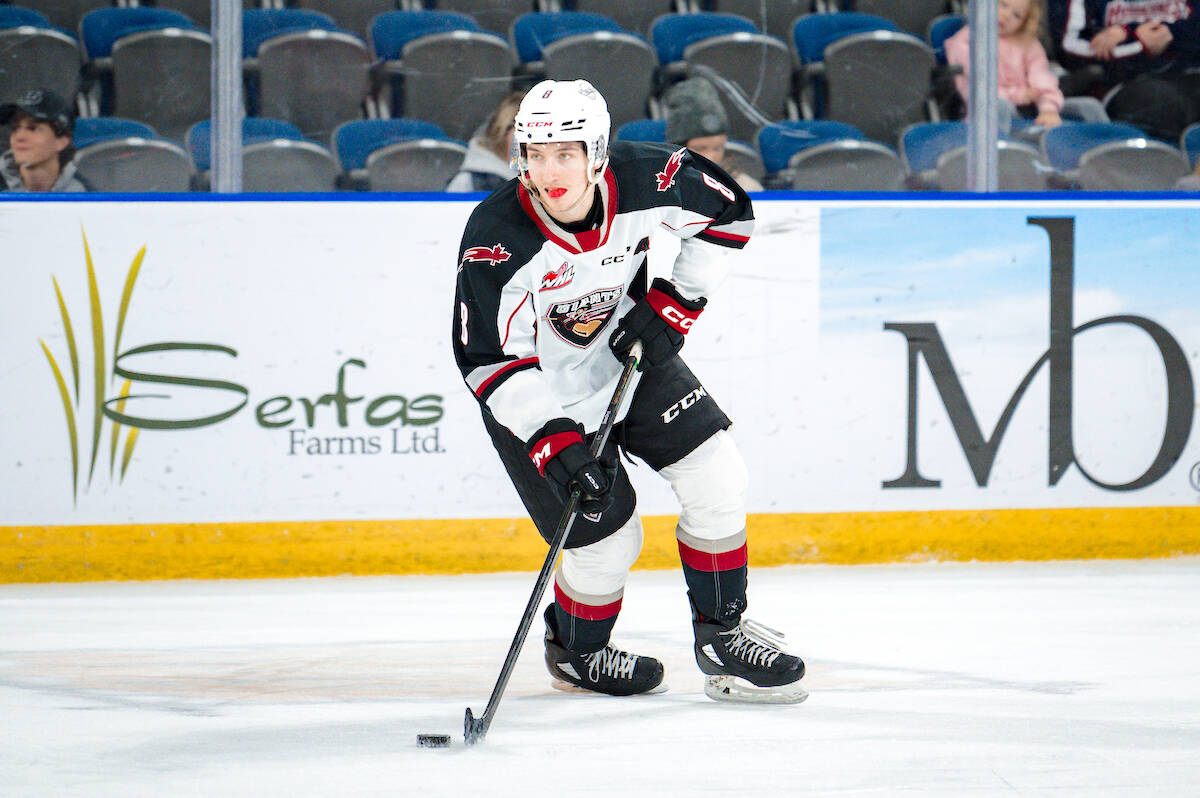 With under four seconds remaining in the second, Ty Thorpe converted a 2-on-1 with Zack Ostapchuk to tie the game, en route to a 4-3 win Friday, Nov. 4. (Erica Perreaux/Special to Langley Advance Times)

The win followed an overtime loss on Wednesday, Nov. 2 to the Swift Current Broncos.

Ty Thorpe opened the scoring Wednesday on a wraparound midway through the opening frame.

Then Broncos’ Caleb Wyrostok tied the game with 1:19 to go in the period.

Ty Halaburda smacked in a rebound for Vancouver just over four minutes into the second with an assits from Ethan Semeniuk, and Jaden Lipinski, only to have Josh Davies answered back for Swift Current 1:41 later.

Broncos took the lead when Wyrostok buried his second of the game 9:08 into the period to bring the Broncos ahead 3-2.

In the third, with 14:07 remaining in regulation time, Raphael Pelletier scored on a breakaway to make the score 4-2.

Following a flurry of chances in the offensive zone, Jaden Lipinski roofed a rebound from in tight on a power play to bring the G-Men back within one, with Samuel Honzek, and Ty Thorpe assisting.

With 5:26 to go, Honzek outwaited Broncos net minder Reid Dyck and got his shot while getting hauled down, to tie at 4-In overtime, seconds after the conclusion of a Giants penalty kill, Sam McGinley sent the local fans home happy with a shot for the slot that ended it.

Giants are back home at Langley Events Centre for a week of practice before going north to Prince George for a pair of games against the Cougars Saturday, Nov. 12 at 6 p.m. and Sunday, Nov. 13 at 2 p.m.

THE MOJ: These are interesting times to be a B.C. sports fan