History was made at Langley Events Centre on Monday night, May 2.

For the first time since the Western Hockey League expanded to 16 teams in the post-season in 2002, an eighth-seed eliminated a No. 1 seed as the Vancouver Giants dispatched the Everett Silvertips – a team which finished 47 points ahead of the Giants in the regular season standings – in six games.

Vancouver punched their ticket to the Western Conference semi-final round with a 6-3 victory in game six on at the Langley Events Centre before more than 3,300 fans.

“I think that we always knew we were capable of some pretty special things; it was just a matter of things falling in line. There were so many points during the season where you wondered if that was ever going to happen,” said Vancouver coach Michael Dyck. “Big credit to them (players).”

In Monday’s clinching game, the Giants wasted little time in opening the scoring in game six with Connor Horning scoring on the power play 75 seconds into the game. Alex Cotton made it 2-0 exactly two minutes later and Mazden Leslie made it 3-0 for the home side before the period let out.

“We got the start we wanted. Obviously, we wanted to get them on their heels and what a great way to do that. The first five minutes we made a push and never looked back,” Dyck said.

RECAP: The Vancouver Giants are off to Round 2 after a historic six-game series victory over the Everett Silvertips. Monday at the LEC, Zack Ostapchuk had five points as the G-Men earned a 6-3 victory to clinch the series.

Ben Hemmerling did get Everett on the board at the 12:40 mark of the middle stanza but Giants captain Zack Ostapchuk restored the three-goal advantage heading into the intermission. The Silvertips’ Ryan Hofer pulled his team to within a pair with half a period to play but Damian Palmieri and Adam Hall responded for the home side before Jonny Lambos had the last goal for the 6-3 final score.

“Very proud of every guy in that room. Everybody brought everything that they had all series long and it helped us. Solid team effort, game after game,” Ostapchuk said. “I really think we just had to play a team game … you have to stick together and play the right way or else they are going to get you.”

In goal, Jesper Vikman only got better as the series wore on as he played in five of the six games with a 3.69 goals against average and a .886 save percentage. He suffered a groin injury back on March 4 and did not play again until game one of the series. 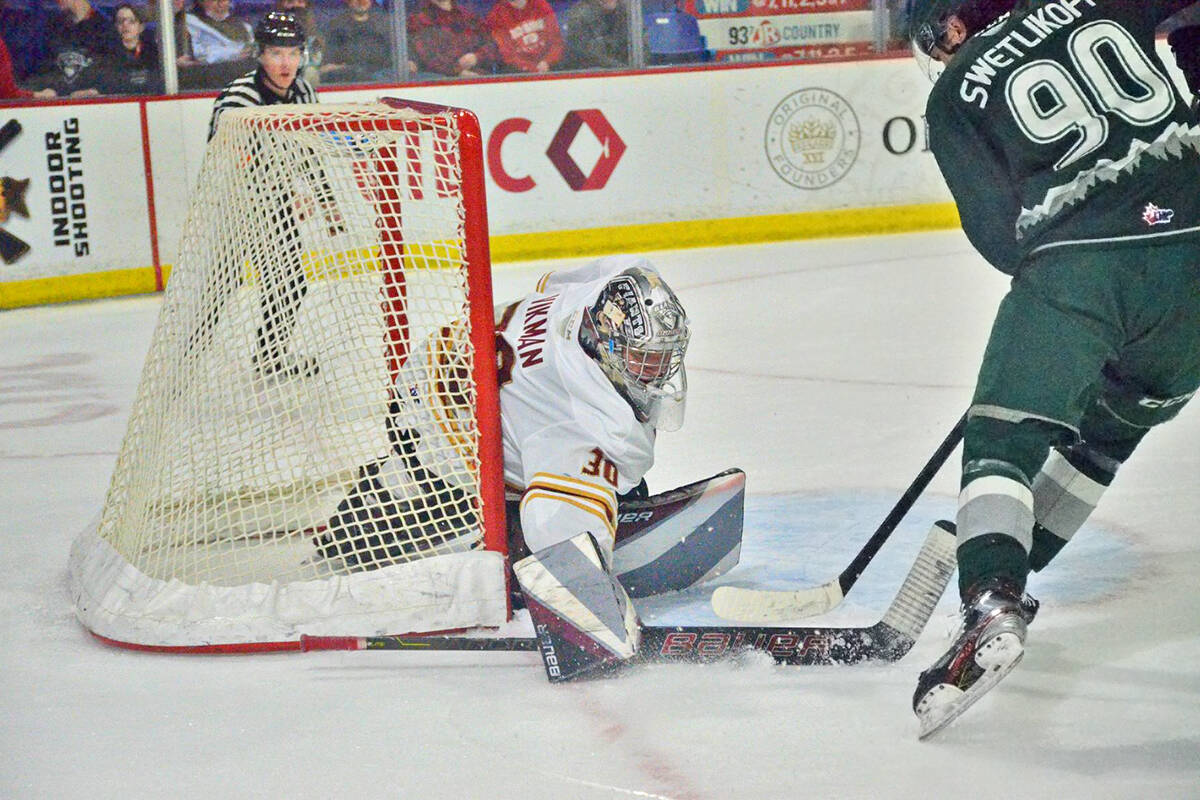 Monday night, May 3, at the Langley Events Centre in front of 3300-plus, the Vancouver Giants made some Western Hockey League history becoming the first eighth seeded team to knock off a top seed, thanks to a 6-3 Game 6 victory over the Everett Silvertips. (Gary Ahuja/Special to Langley Advance Times)

“We knew he was just going to get better and better every game and credit to him; he put a lot of work in to get back to this spot,” Dyck said, adding that the team felt he may have been done for the season.

Up next for the Giants is the Western Conference semi-final best-of-seven series against the BC Division champion Kamloops Blazers. 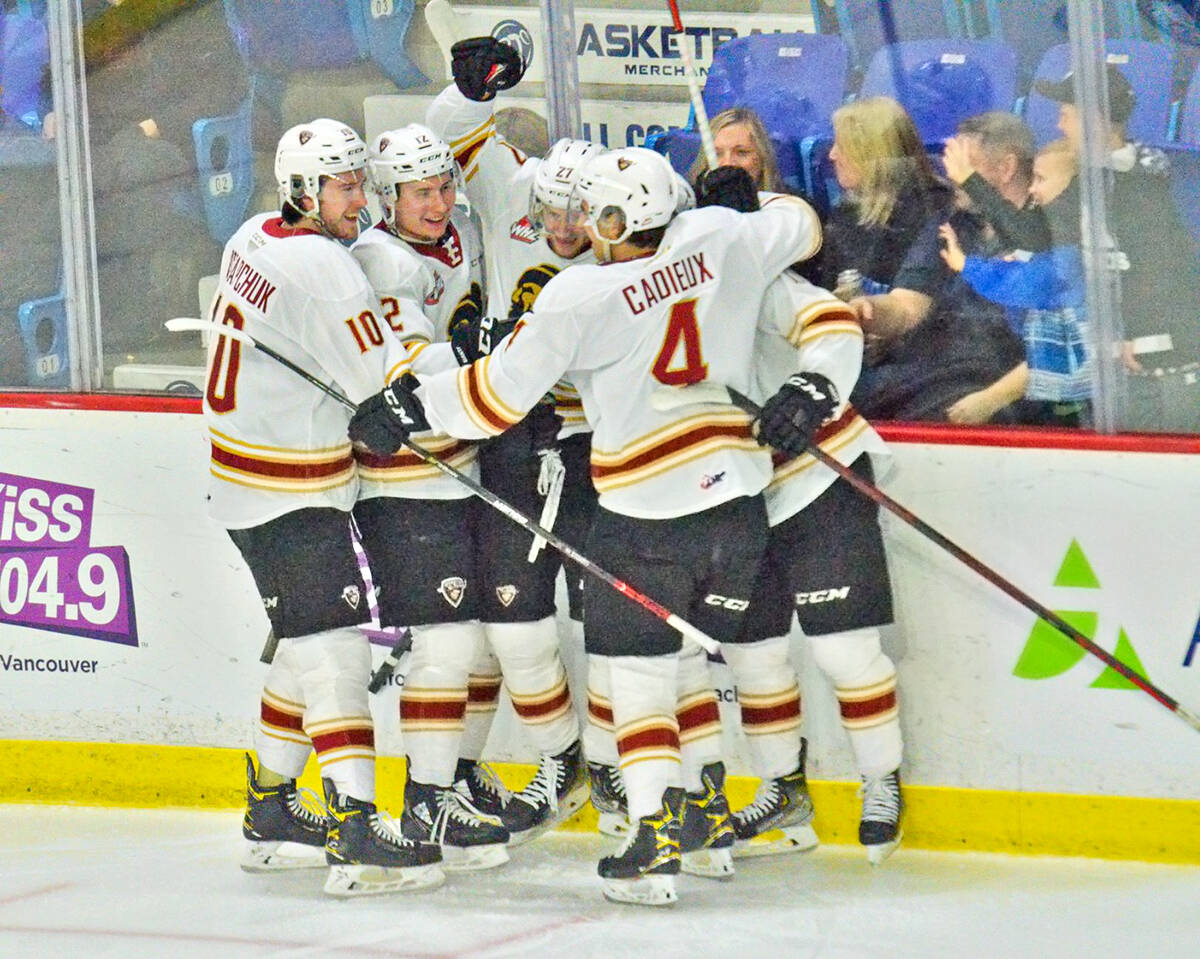 Monday night, May 3, at the Langley Events Centre in front of 3300-plus, the Vancouver Giants made some Western Hockey League history becoming the first eighth seeded team to knock off a top seed, thanks to a 6-3 Game 6 victory over the Everett Silvertips. (Gary Ahuja/Special to Langley Advance Times)

Games one and two are in Kamloops on May 6 and 7 with games three and four at Langley Events Centre on May 10 and 12.