A trio of goals, including one by Ty Halaburda in his pre-season debut, were not enough to overcome the Kelowna Rockets on their home ice Friday night, Sept. 16.

Kelowna scored four times before the Giants got on the board.

In the first period, Gabriel Szturc buried his first of the game, as he capitalized on a two-on-one rush 8:55 into the opening frame, then, Szturc netted his second of the night with :19 remaining in the period, a power play goal. 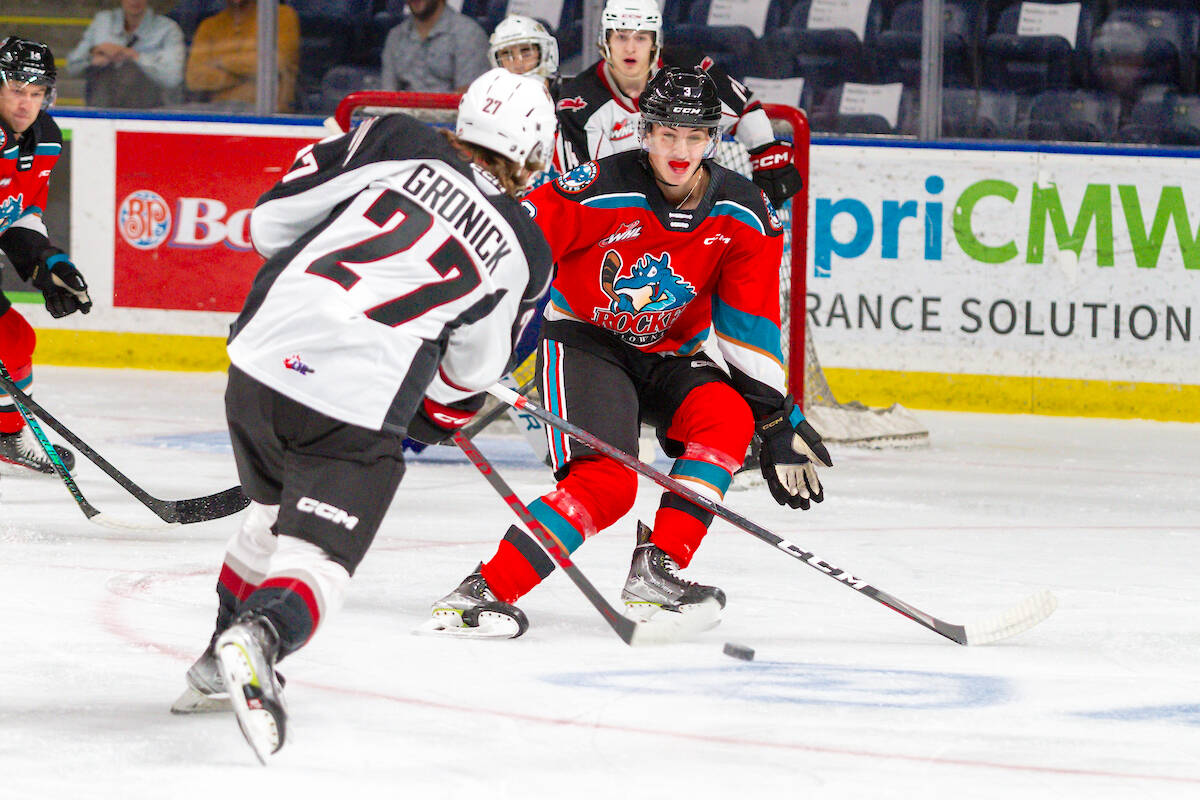 A trio of Giants goals, including one by Ty Halaburda in his preseason debut, were not enough to overcome the Kelowna Rockets on their home ice Friday night, Sept. 17. (Steve Dunsmoor/Special to Langley Advance Times)

Grady Lenton added to the Rockets lead with his first of the preseason at 15:01 of the second period.

Max Graham got into the action 3:12 later, shoveling home a rebound for Kelowna’s second power play marker of the night.

With 6:52 left in the second period, Kyle Bochek got the Giants on the board, and Ty Halaburda tipped in the first power play goal of the preseason for Vancouver, cutting the deficit to 4-2 with 1:00 remaining in the middle frame.

In the third,Kelowna’s Will Munro netted his first of the preseason 12:14 into the third period on a wrister from the high slot.

Vancouver’s Ethan McEneany fired back, deflecting home his first at 19:38 of the third to bring the Giants back within three.

Then, Scott Cousins scored Kelowna’s third power play goal of the night, right off the face-off with just 10 seconds left in the game.

Matthew Hutchison made 31 saves for Vancouver while Nicholas Cristiano stopped 19 for Kelowna.

Vancouver Giants will conclude their pre-season Saturday night against the Rockets at Cam Neely Arena in Maple Ridge at 7 p.m. Tickets will be available at the door.

Giants’ first regular season game will be on home ice at the Langley Events Centre against Seattle Thunderbirds on Friday, Sept. 23. Puck drops at 7:30 p.m.

Have a story tip? Email: dan.ferguson@langleyadvancetimes.com