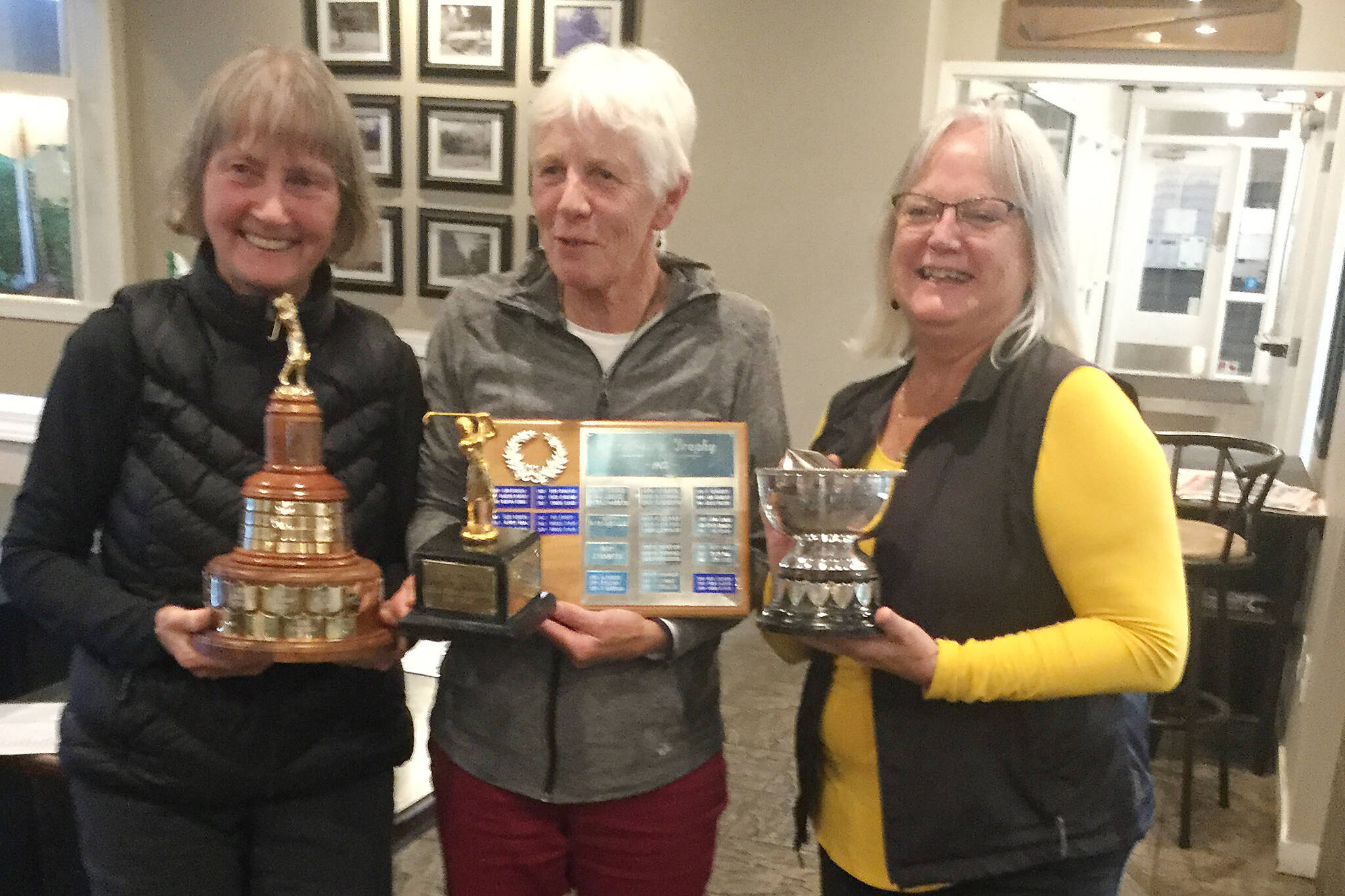 A total of 44 golfers participated as the Comox Golf Club’s Ladies Club had its season-ending scramble on Sunday, Sept. 26.

Various trophies were handed out afterward.

Everett also won the Fairbairn Trophy which is open to all golfers, regardless of handicap.

Noreen McCaffrey won the Most Improved Lady award for 2021.

The annual general meeting was held after the golf, and a delicious dinner was served by Chef Charles and his helpers.