The Port Alberni Bombers are still looking for their first win.

The new VIJHL team hosted the Campbell River Storm on Sept. 22 and lost 4-1.

Just a few days later, on Sept. 26, the team travelled to Parksville to face the Oceanside Generals. They were a goal away from grabbing their first win of the season, but victory was snatched away by the Generals in overtime. The final score was 4-3.

Joe Martin, director of hockey operations for the Port Alberni Bombers, said that growing pains are expected with a brand-new hockey franchise.

“They’re starting to come around as a team,” he said. “They’ve been battling veteran lineups. It’s all new for them—there will be a bit of a transition period.”

The Bombers are now set to host two games in a row on home ice. They will play against the Victoria Cougars on Tuesday, Sept. 28 and will face the Comox Valley Glacier Kings on Wednesday, Sept. 29. Puck drop is 7 p.m. for both games. Tickets can be purchased online at www.portalbernibombers.ca or in person at the Alberni Valley Multiplex. 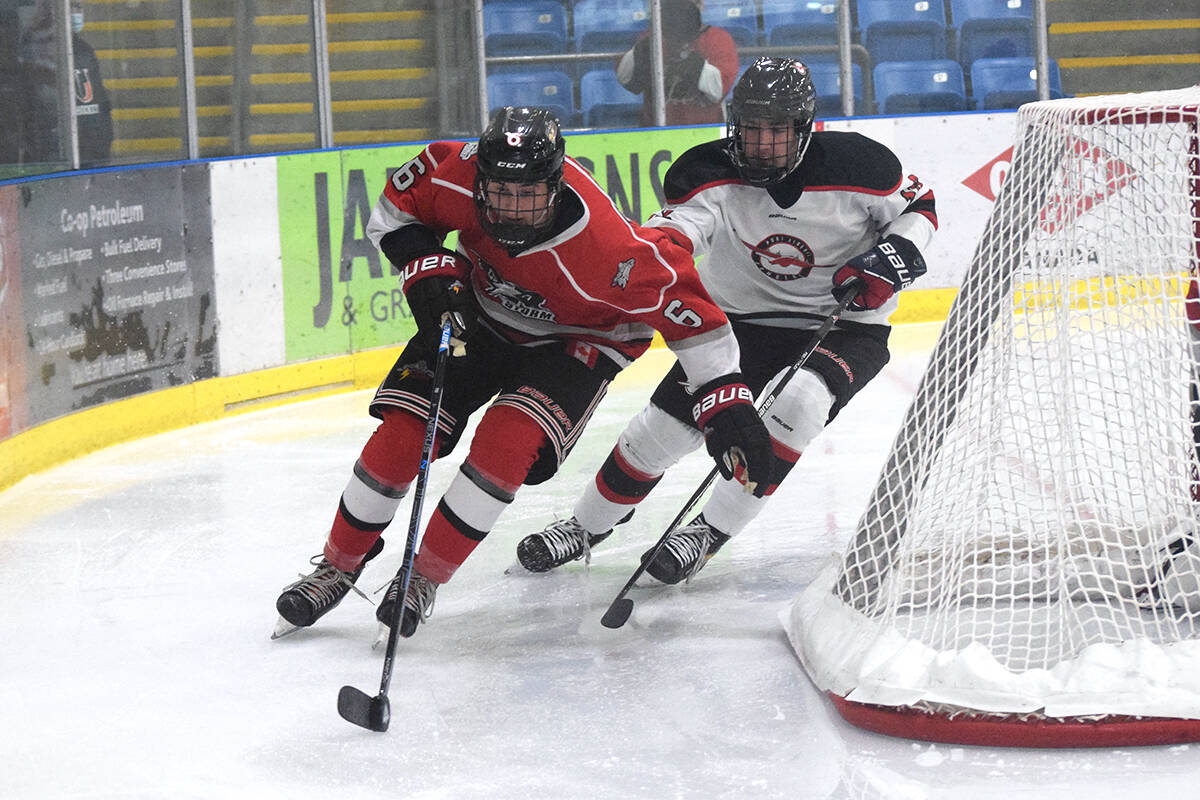 Campbell River Storm defenceman Wyatt Dumont is pursued behind the Storm net by a Port Alberni Bombers player during the first period of a VIJHL game at the Alberni Valley Multiplex on Sept. 22. (ELENA RARDON / ALBERNI VALLEY NEWS) 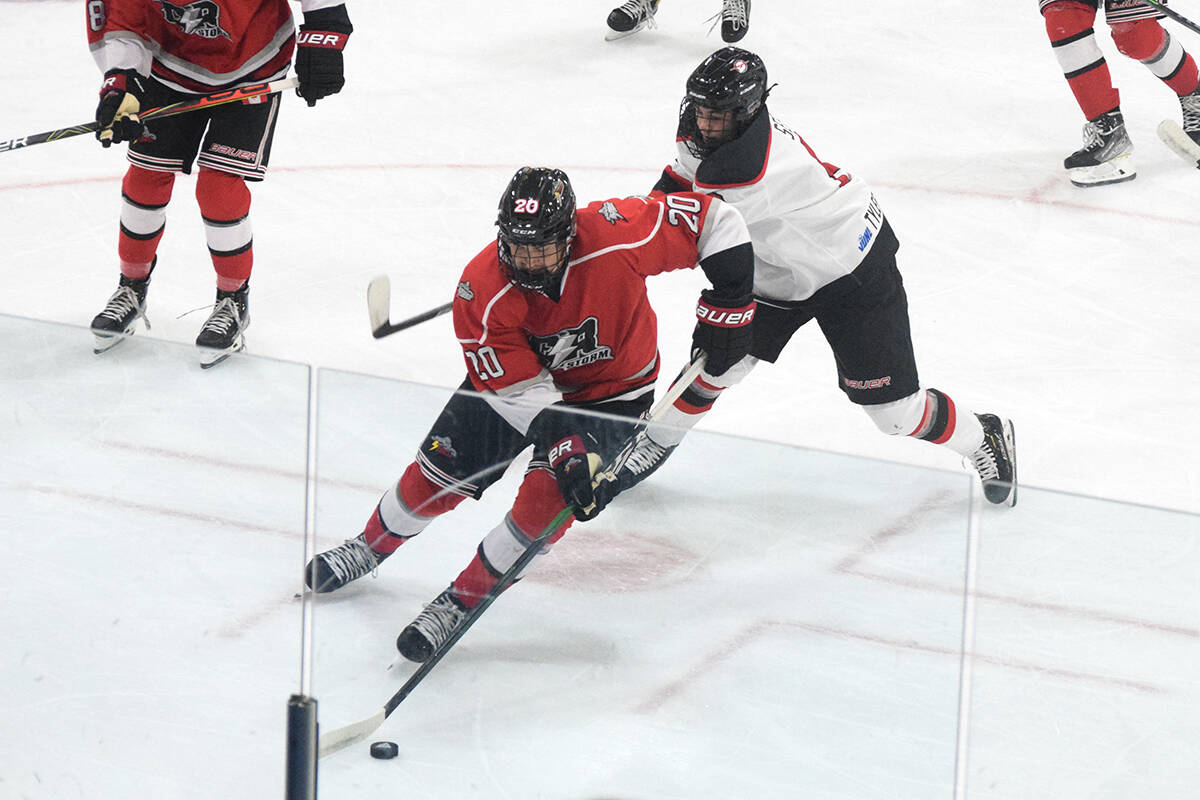 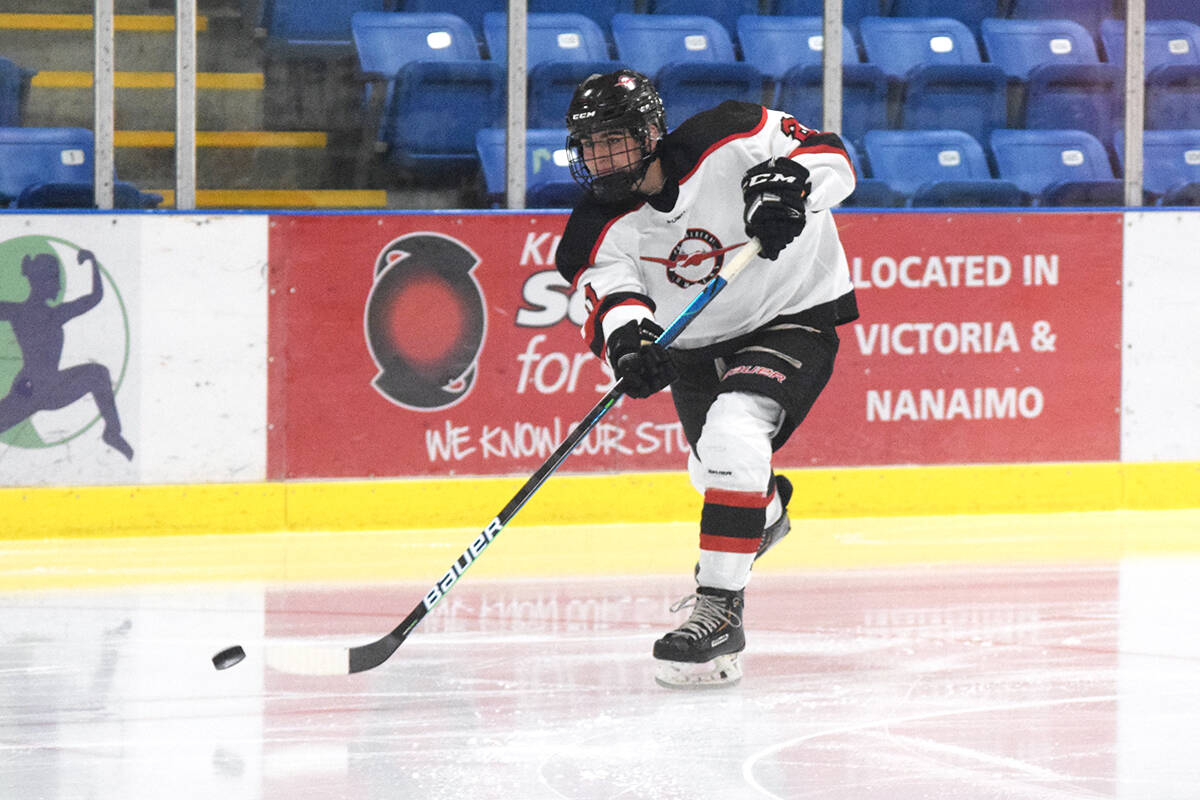