Aldergrove Kodiaks had a narrow loss at home and an equally narrow win during an away game just two days later.

Kodiaks goalie Kai Koerner only allowed one goal, but that was all the Grandview Steelers needed to win a narrow victory on Wednesday, Sept. 15, playing on home ice at the Aldergrove Credit Union Community Arena.

At 2:17 in the first period, Hudson Loh scored what would turn out to be lone marker of the game, with an assist by Jarod Yau.

Grandview recorded 30 shots on goal during the game, while Aldergove had 29. 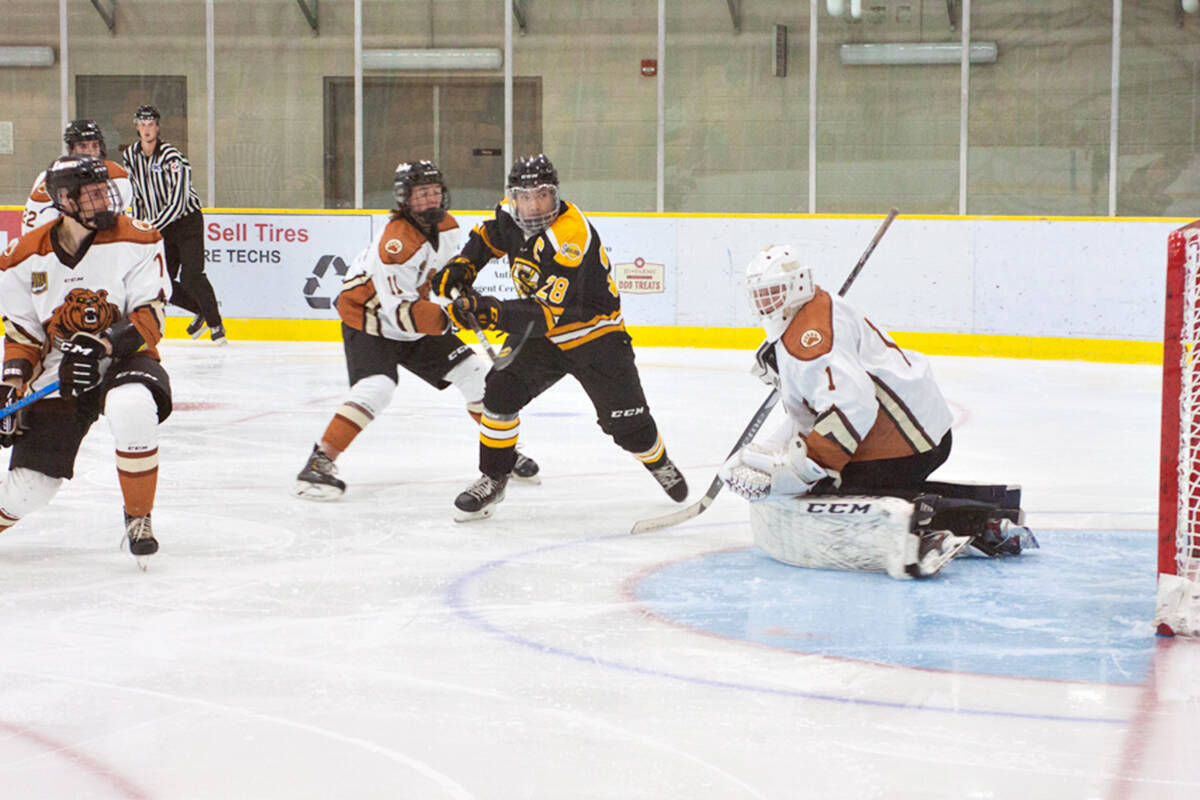 Kodiaks goalie Kai Koerner only allowed one goal, but that was all the Steelers needed to win a narrow victory on Sept. 15. (Kurt Langmann/special to Langley advance Times)

Yau was named first star of the game, while the Kodiaks’ Massimo Ranallo was second and Steelers Shayan Kermany was third.

READ ALSO: Aldergrove Kodiaks make a long-awaited return to the ice as regular season gets underway

It was the third narrow loss for Aldergrove in as many games, coming after the Sept. 11 2-1 loss to North Vancouver and a 3-2 loss to Abbotsford on Sept. 8.

Kodiaks owner and General Manager Rick Harkins said for a “pretty young team,” the Kodiaks have been doing well.

“We’ve outplayed our opponents in at least three game [where we lost],” Harkins observed.

“You can’t be disappointed with that kind of effort.”

A few days later, on Friday, Sept. 17, there was another very close game, but this time in the Kodiaks favour, a 6-5 victory over Abbotsford Pilots at the MSA arena.

Pilots made the Kodiaks work for their win, clawing their way back from a 3-1 deficit to tie the game at 5-5 before Aldergrove got one last shot across the line with 1:25 remaining.

Kodiaks power play kept them ahead, producing a tie after Abbotsford scored first, then moving ahead 2-1 with another power play.

Northard was first star of the game, with Pilots Hunter Brown and Alexander Beech second and third, respectively.

Next home game is a Sept 29 game against Surrey Knights.

Have a story tip? Email: dan.ferguson@langleyadvancetimes.com 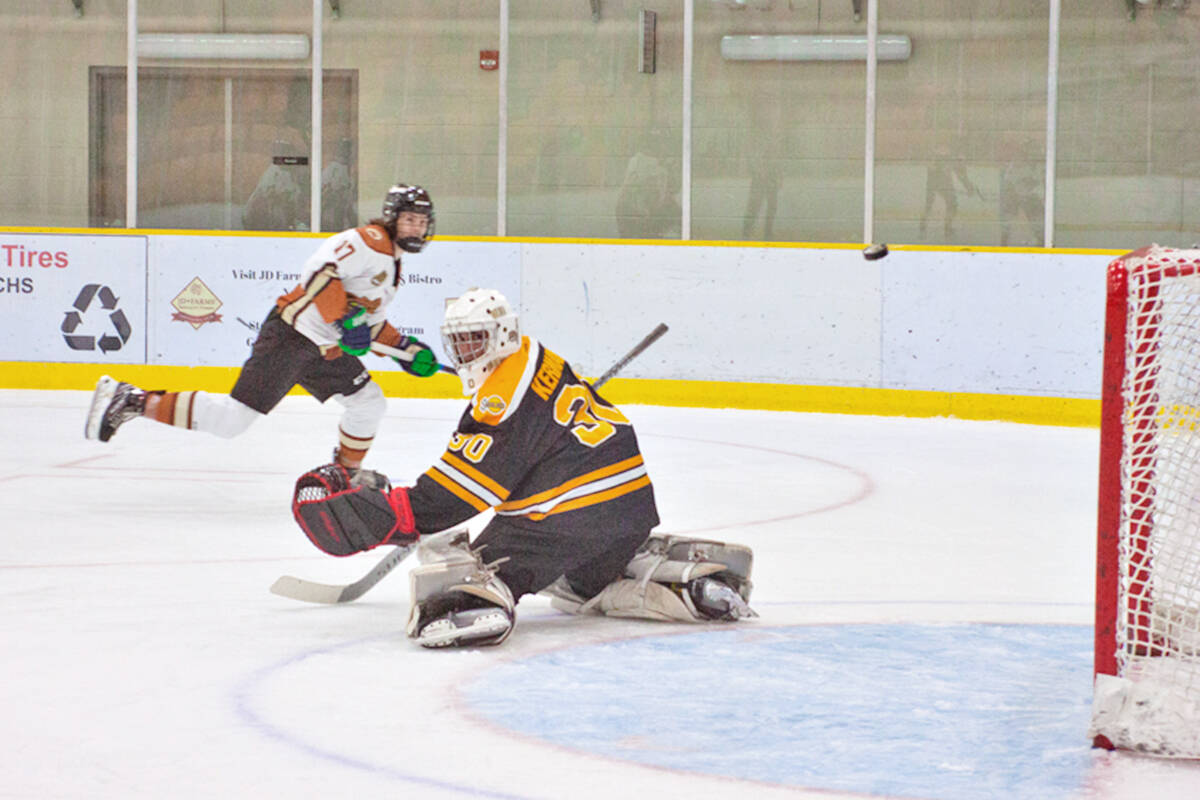 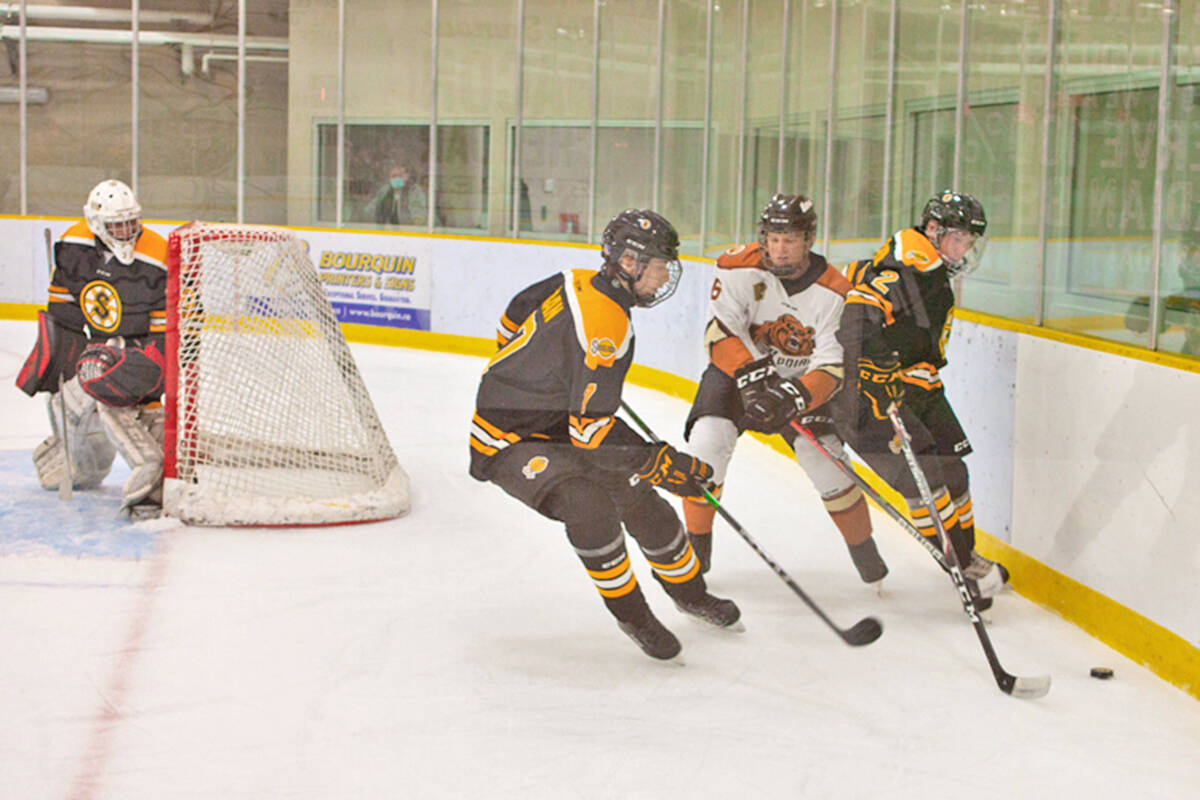 Kodiaks only allowed one goal, but that was all the Steelers needed to win a narrow victory on Sept. 15. (Kurt Langmann/special to Langley advance Times)