After being held out of the ring for more than two years due to COVID, Bisset won a convincing second round TKO over Chris “Head Trauma” Trammel to capture the WBL World Muay Thai title and the Titans of Muay Thai belt at its showcase in Arkansas on Sept. 17.

“It was great,” Bisset told the Times. “Fight night came and it’s been 25 months since I fought, and I thought there would be some ring rust, but I got there and I was very calm and felt like I was back home in the ring.”

The Bisset-Trammel match was the main event at the inaugural Titans of Muay Thai showcase.

Bisset trained hard during the pandemic pause with coaches Daniel Gutierrez and Chris Riley, and moved up a weight class for the cruiserweight fight. The six-foot-two fighter says he still had to shed some weight but felt more comfortable at 200 pounds rather than 185.

“I still cut a little bit, but I didn’t have to cut 25 or 30 pounds,” said Bisset. “I dialed it down and didn’t hurt myself. It was massive, and I’ve always had a good IQ, a very technical fighter, and my fighting IQ has grown a lot and I feel really good.” 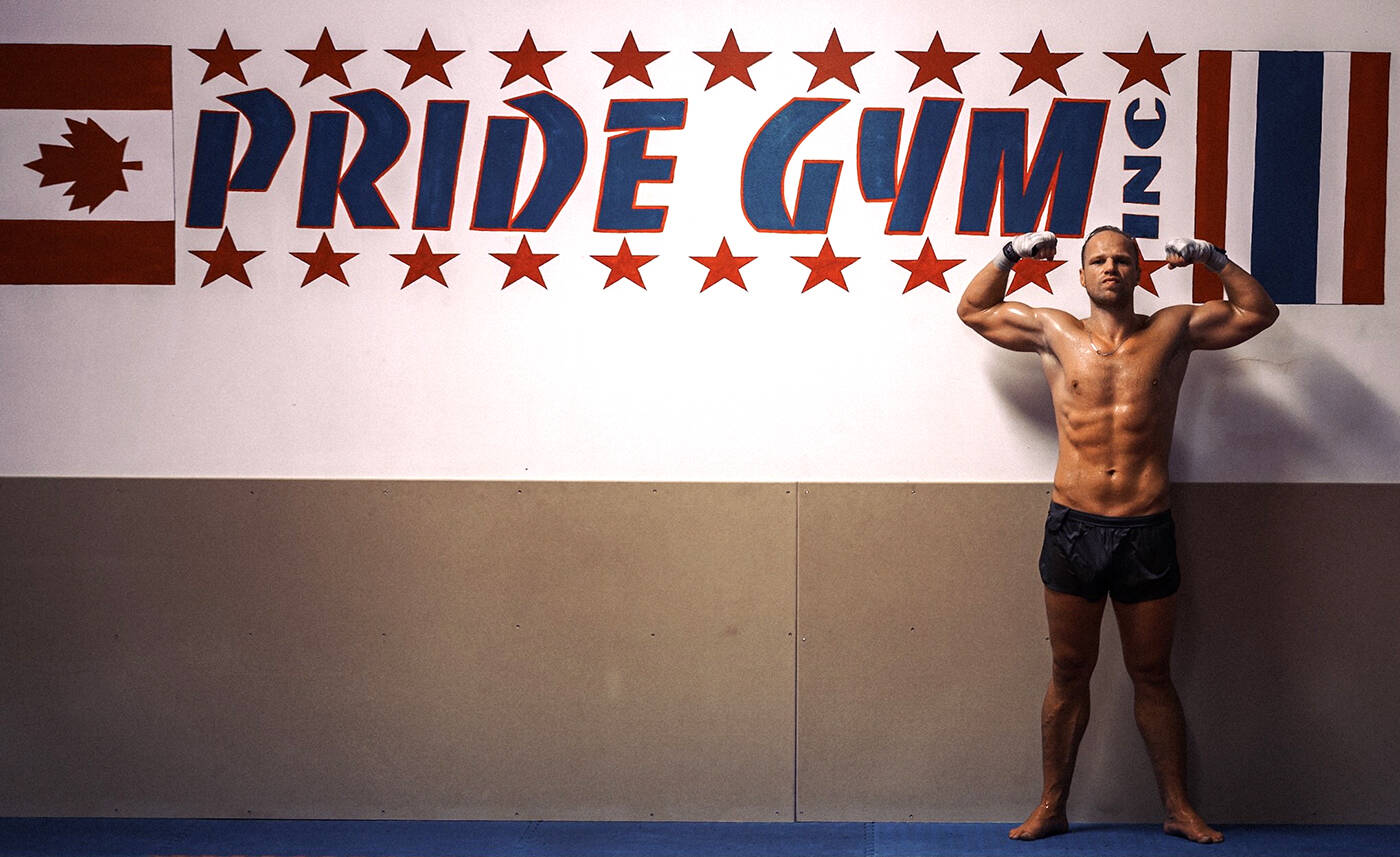 Trammel, from Austin, Texas, is a veteran Muay Thai fighter, built like a tank with extensive MMA experience under his belt.

His unorthodox style, however, didn’t faze Bisset who came out inflicting a series of strategic blows to his opponent’s legs. Bisset made Trammel miss with his own kicks, only to strike back at his exposed legs with vicious returns.

“I executed the opening piece of the game plan exactly the way my coaches and I had drawn it up,” said Bisset. “I hammered the back of his legs, and every time I was making him pay.”

The exchanges took their toll on Trammell, who aggravated an old injury to his glute early in the opening round, and with time winding down in Round 1, Bisset connected with a punishing kick to the head.

“I wasn’t planning on head-hunting the first round but it landed, just clipped him, and almost knocked him out,” said Bisset. “He was staggering, and my coach was yelling ‘He’s hurt! He’s hurt!'”

Bisset went in for the finish, but Trammel managed to tie him up until the bell sounded to end the round.

Trammel reluctantly came out for Round 2, yet, 18 seconds in, he went to lunge at Bisset but fell to the ground, blowing out his other glute in the process, unable to carry on.

“The fight was unfortunately stopped,” said Bisset. “I would have liked to get the highlight reel stoppage, but it went well and my game plan, it worked.”

In a post on Facebook, Trammel said he regretted his strategy in the first round, and was hoping for a better performance.

“I know in my heart this would have played out differently if I had warmed up properly and not had a blowout,” said Trammel. “Win or lose I was gonna be able to go 5 rounds strong, as holding back in the first was part of my game-plan to get a read on him.

“It was gonna turn into a battle of wills and a really entertaining fight. I just didn’t realize how bad the glute was until trying to sit between rounds.”

With the victory, Bisset’s record improves to 30-10 with 17 knock outs and is a nine time Muay Thai champion.

The Retallack native returns to Trail every summer to workout at Pride Gym with owner/trainer Glen Kalesniko, where he first trained as a teen.

So following the fight he gave a nod to his roots on social media, saying, “I would like to dedicate this win and these titles to my very first coach, Glen Kalesniko. Pride Gym for life!”

In reply, Kalesniko said, “Myself and everyone at Pride Gym are proud of you and what you’ve accomplished.

“The most honourable thing was Charles dedicated the title to myself, that means the world to me Charles!”