The Campbell River Storm notched a two-victory weekend at the Rod Brind’Amour Arena, shellacking the Nanaimo Buccaneers 8-1 Friday, Sept. 17 before squeaking out a 4-3 shootout win over the Peninsula Panthers Saturday, Sept. 18.

On Friday night, Storm forward Jalen Price led the charge with a two-goal effort in the first period that saw the Storm jump to a 4-0 lead with goals from Quinn Messer and Tynan Peacock.

The Storm popped one in during the second period from Mitchell Finner and then one each from Nolan Corrado, Wyatt Murray and Carter De Boer in the third period.

Nanaimo’s lone goal came in the second from Alex Wienecke.

The Stars of the Game were Price and Nanaimo goaltender Steven Reid.

The Storm were back in the Brindy Saturday night for a much tighter game against basement-dwelling south Island squad Peninsula Panthers. It looked like the Storm were going to hold out for a 3-2 victory before a determined third period effort by the Panthers was rewarded with an unassisted marker by Ryan Grambart that looped up and over Storm netminder Nick Peters and tied the game.

Five minutes of overtime settled nothing, despite a Peninsula power play, and it took Billy Riley’s third Storm shootout goal to settle the affair with shooutout goals tied at two apiece. The Storm also got shootout goals from Price and Corrado.

Storm goalscorers during regular time were notched by Carter De Boer (2) and Price. The Panthers got goals from Payton Braun, Tanner Banks and Grambart.

The Stars of the Game were shootout decider Billy and regular time leveler Grambart.

Next up for the North Division-leading Storm is a trip to new franchise Port Alberni Bombers at the Alberni Valley Multiplex on Wednesday, Sept. 22 then back home for a tilt against another new franchise, the Lake Cowichan Kraken at the Rod Brind’Amour Arena at 7:30 p.m. before another quick jaunt down-Island to play the neighbouring Glacier Kings at the Comox Valley Sports Centre Saturday, Sept. 25. 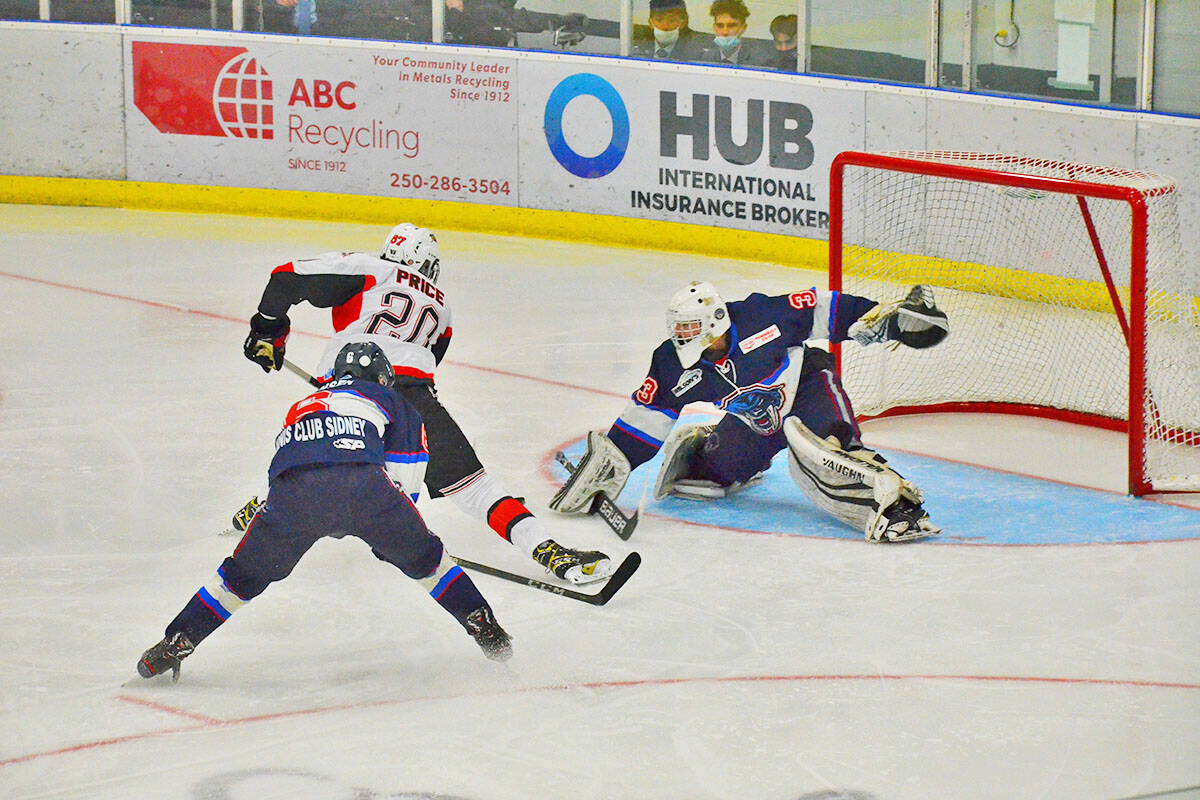