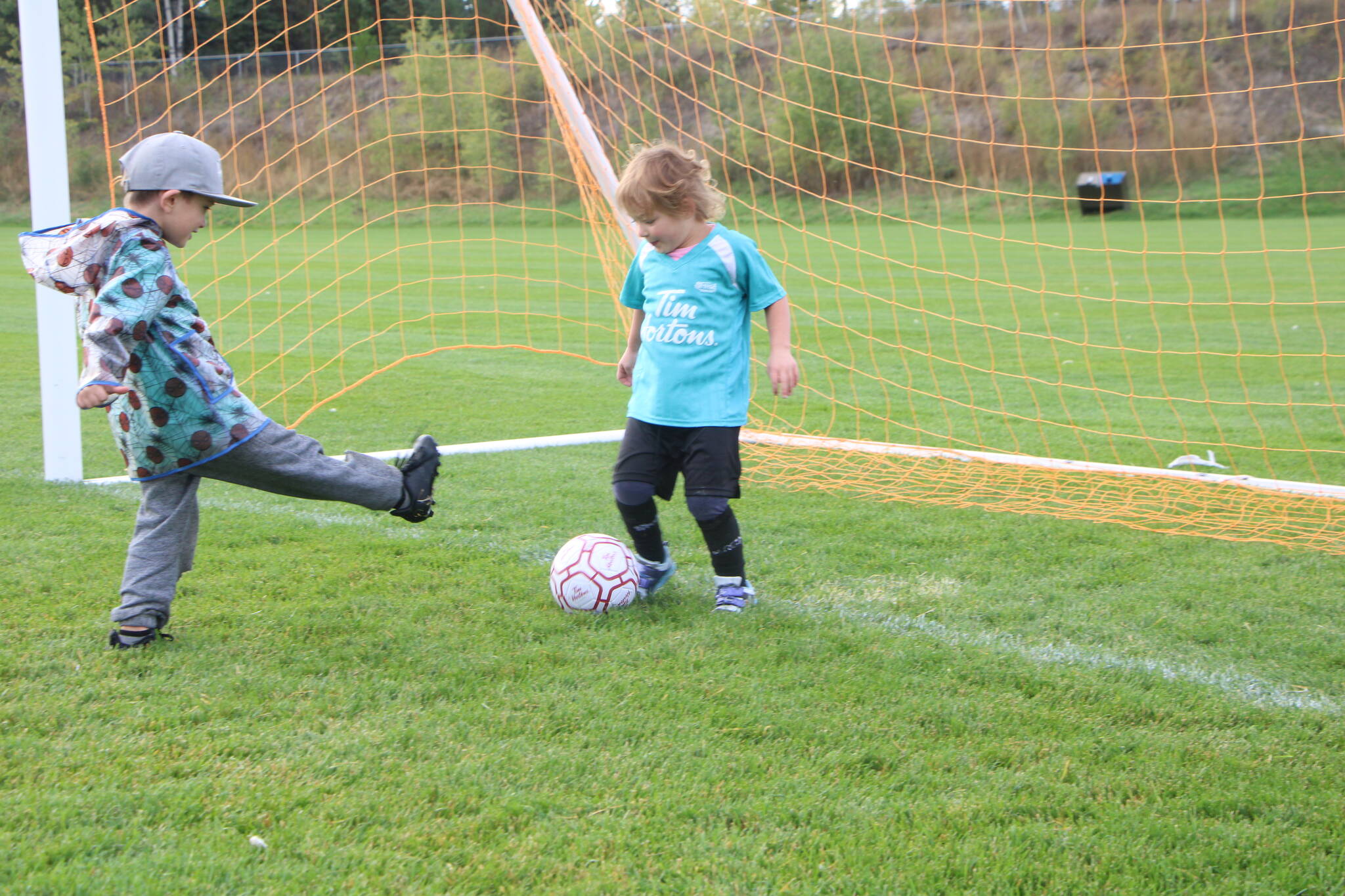 Malikai Frank makes a shot on net while Grace Simcox blocks him as the two learn the fundamentals of soccer. (Patrick Davies photo - 100 Mile Free Press)

100 Mile House’s U6 minor soccer players are back on the field.

100 Mile House Soccer Association coach Jeff Martens said he has a core group of five regular players but can have up to 12.

He firmly believes that even for a U6 team, where children are six and under and spend more time running around than kicking the ball, organized sports are a key part of the community.

“You can see, even at this young age, their confidence and skills develop. It’s all about keeping it fun and trying to instill a little bit of the game into them,” Martens said.

“I enjoy watching the kids come together, socialize, get some exercise and just have fun out here on the soccer field.”

David Simcox’s daughters, Lily and Grace, both play on Martens’ team. Simcox said it’s a great activity for them to run around and play with other children. As to whether or not they actually like the sport itself, he said it’s too early to say.

“They have fun and as long as they’re having fun we keep coming back,” Simcox said. “They’re moving and exercising, so it’s a good thing all around.” 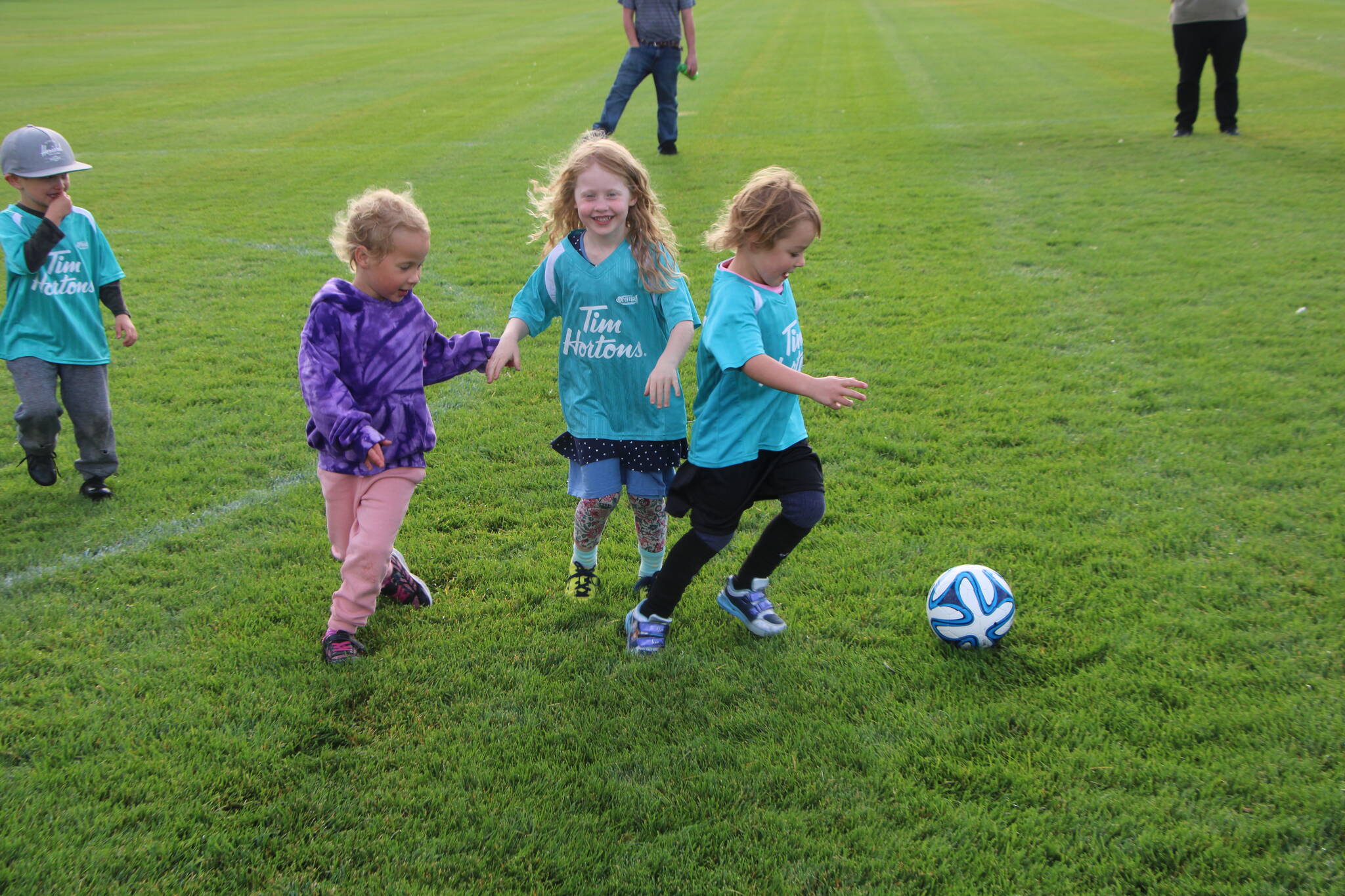 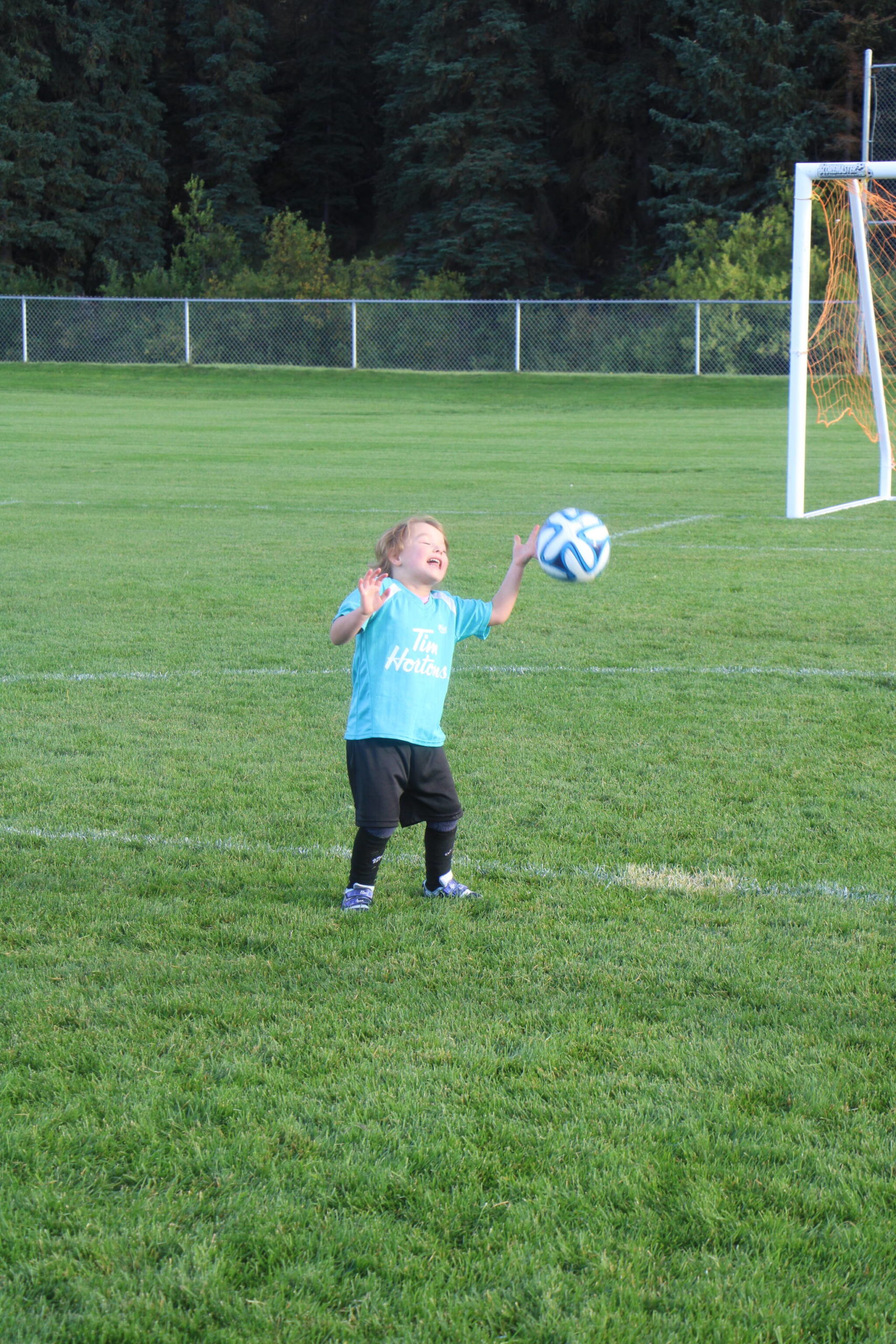 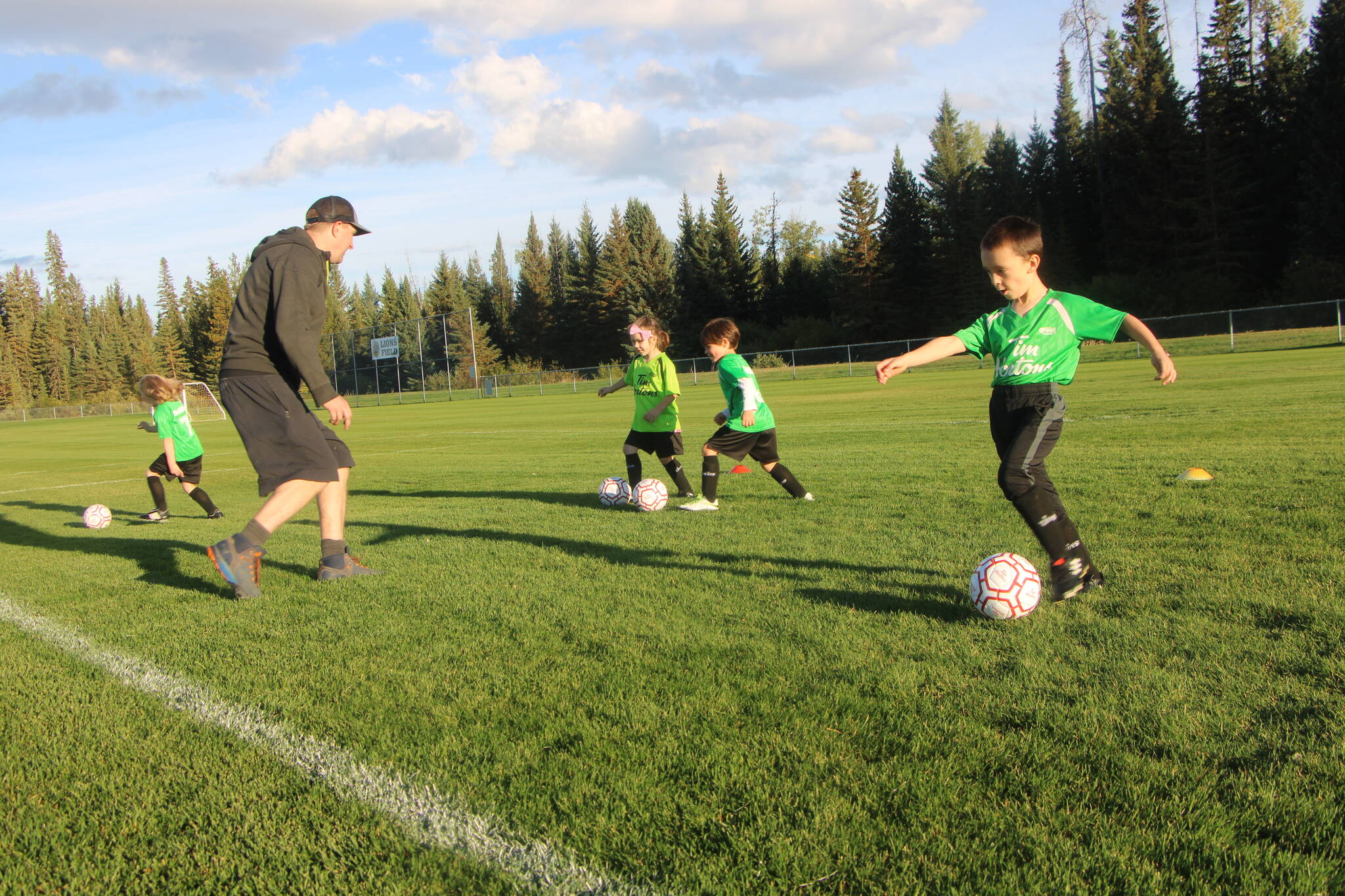 Coach Tyler Anderlini faces off against his players as they attempt to dribble their balls past him. (Patrick Davies photo - 100 Mile Free Press) 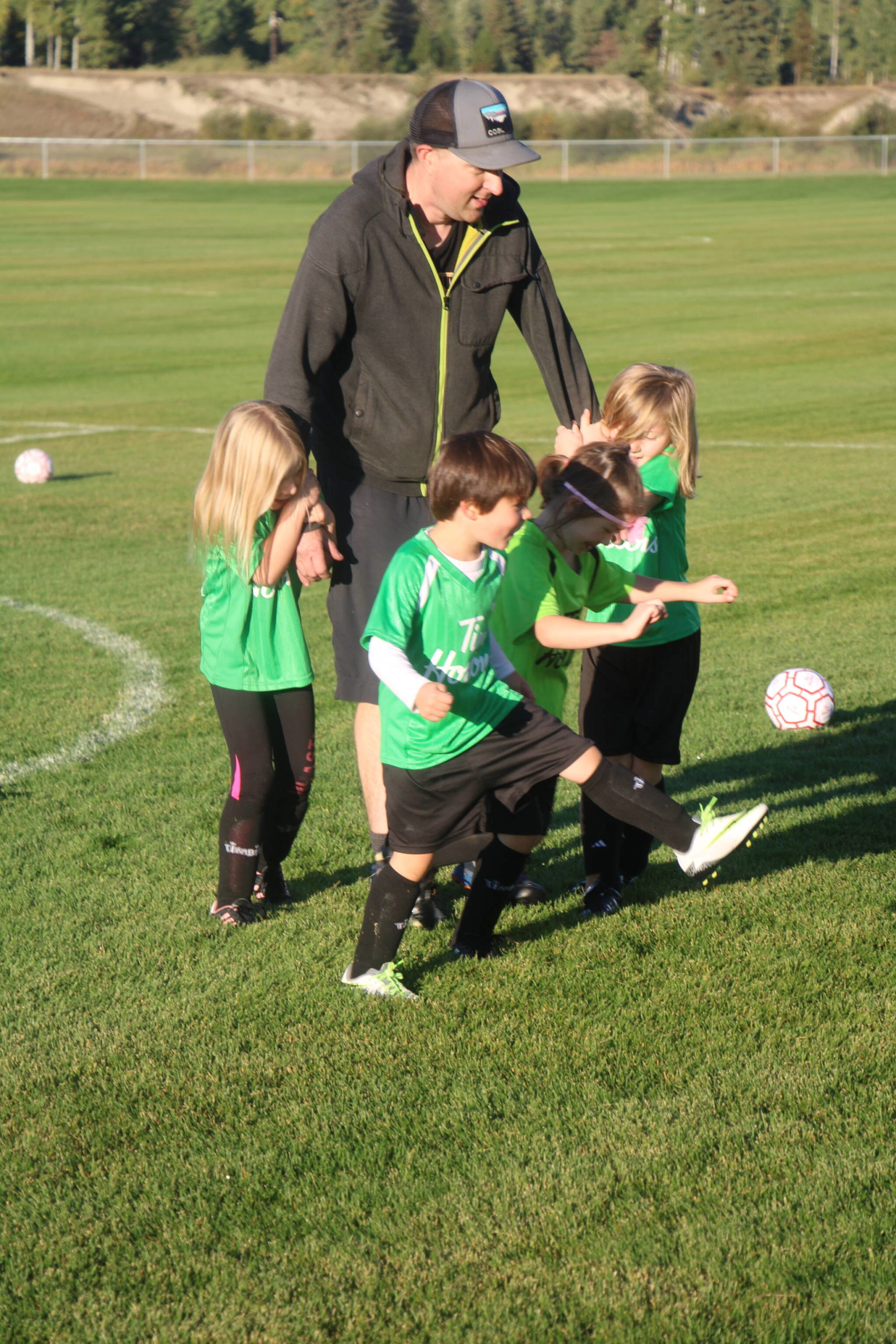 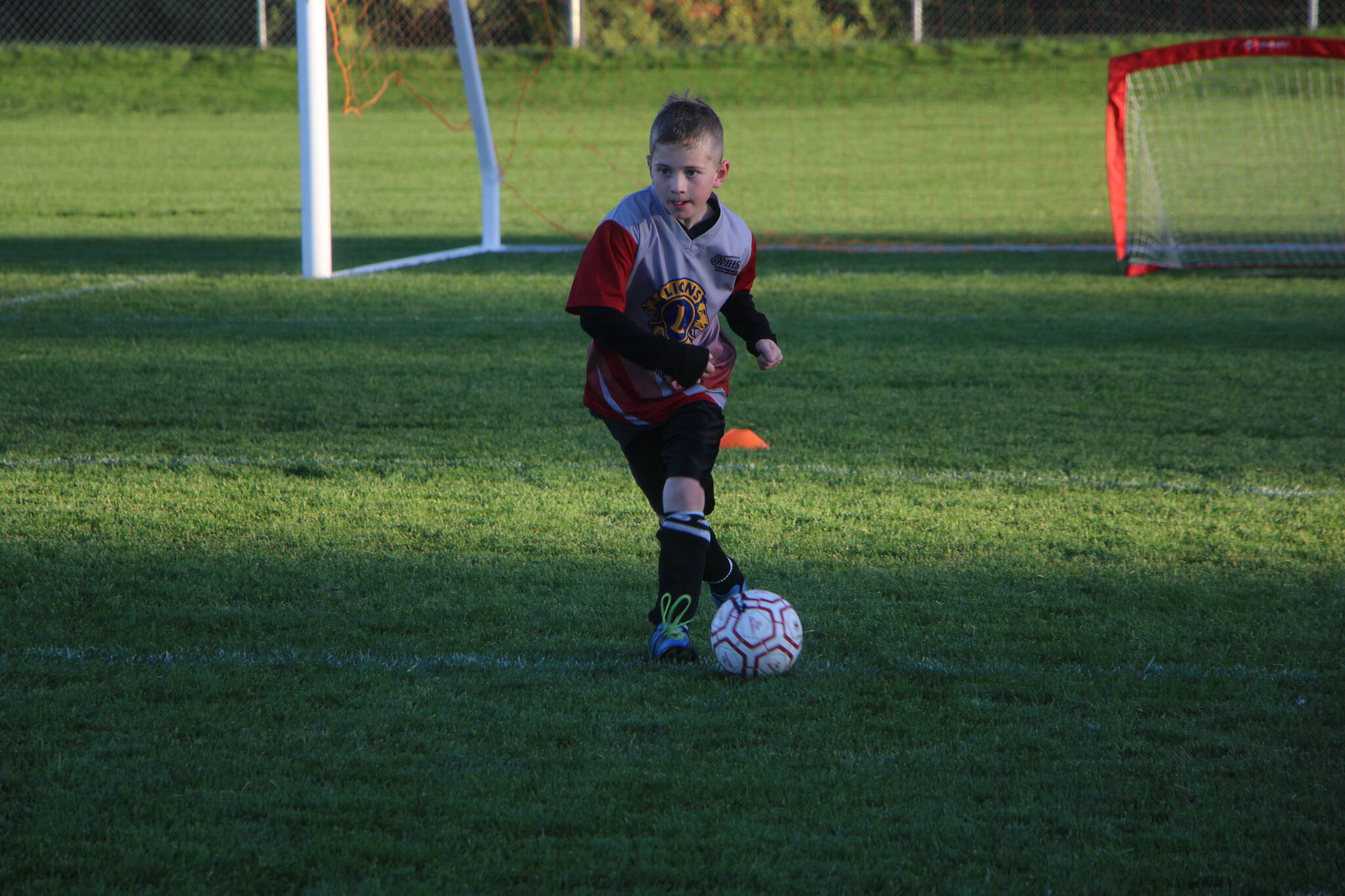 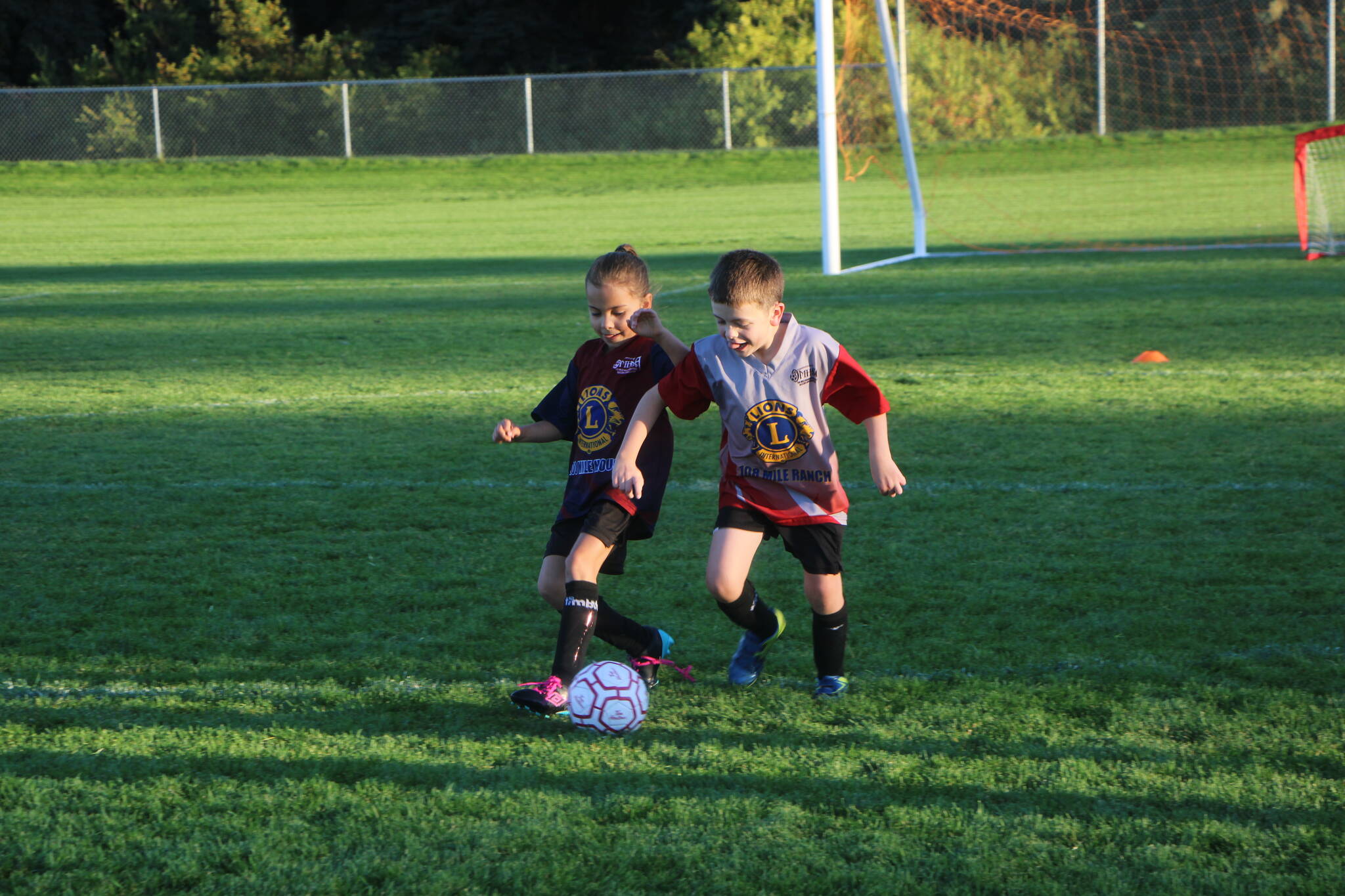 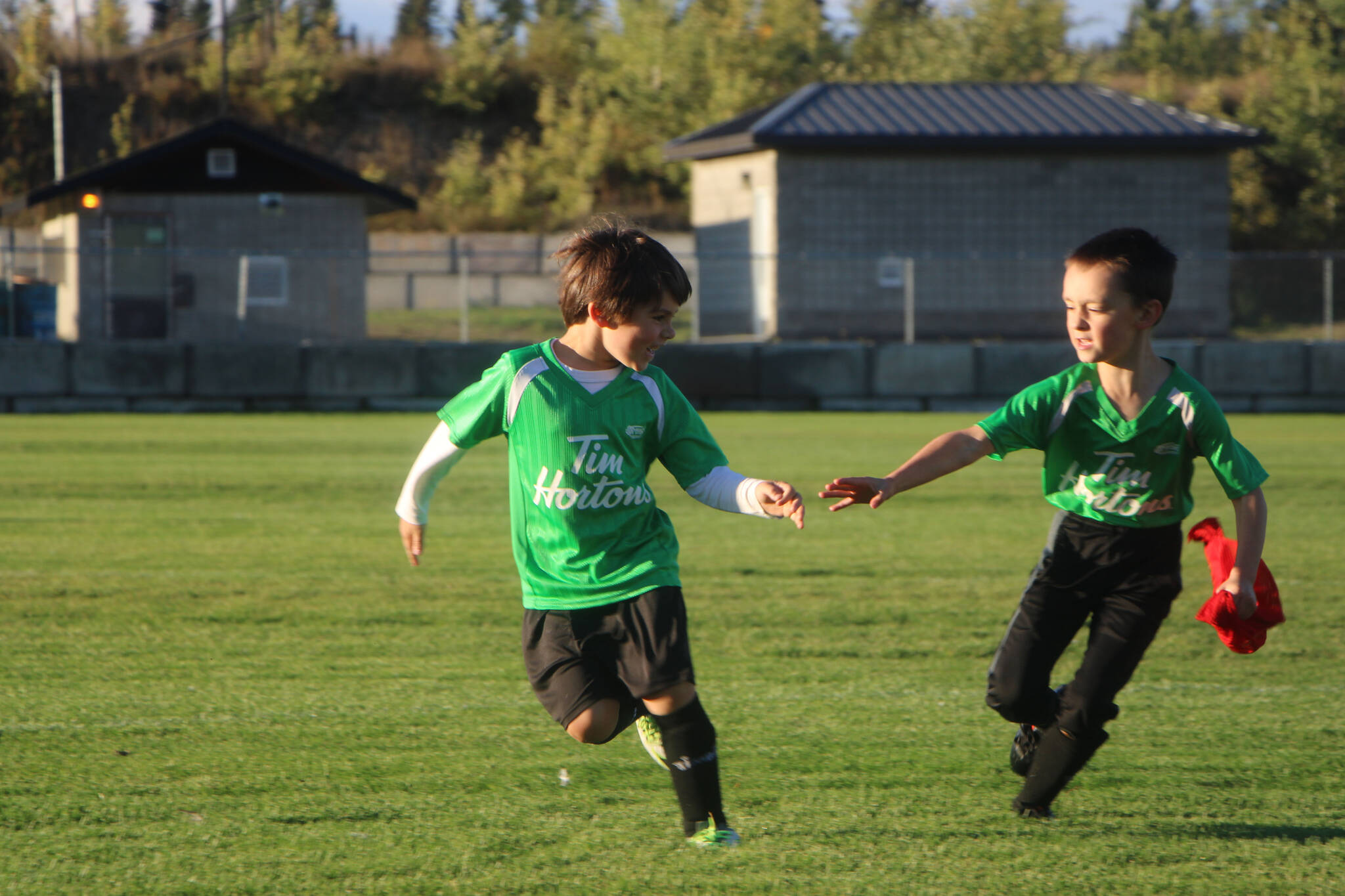 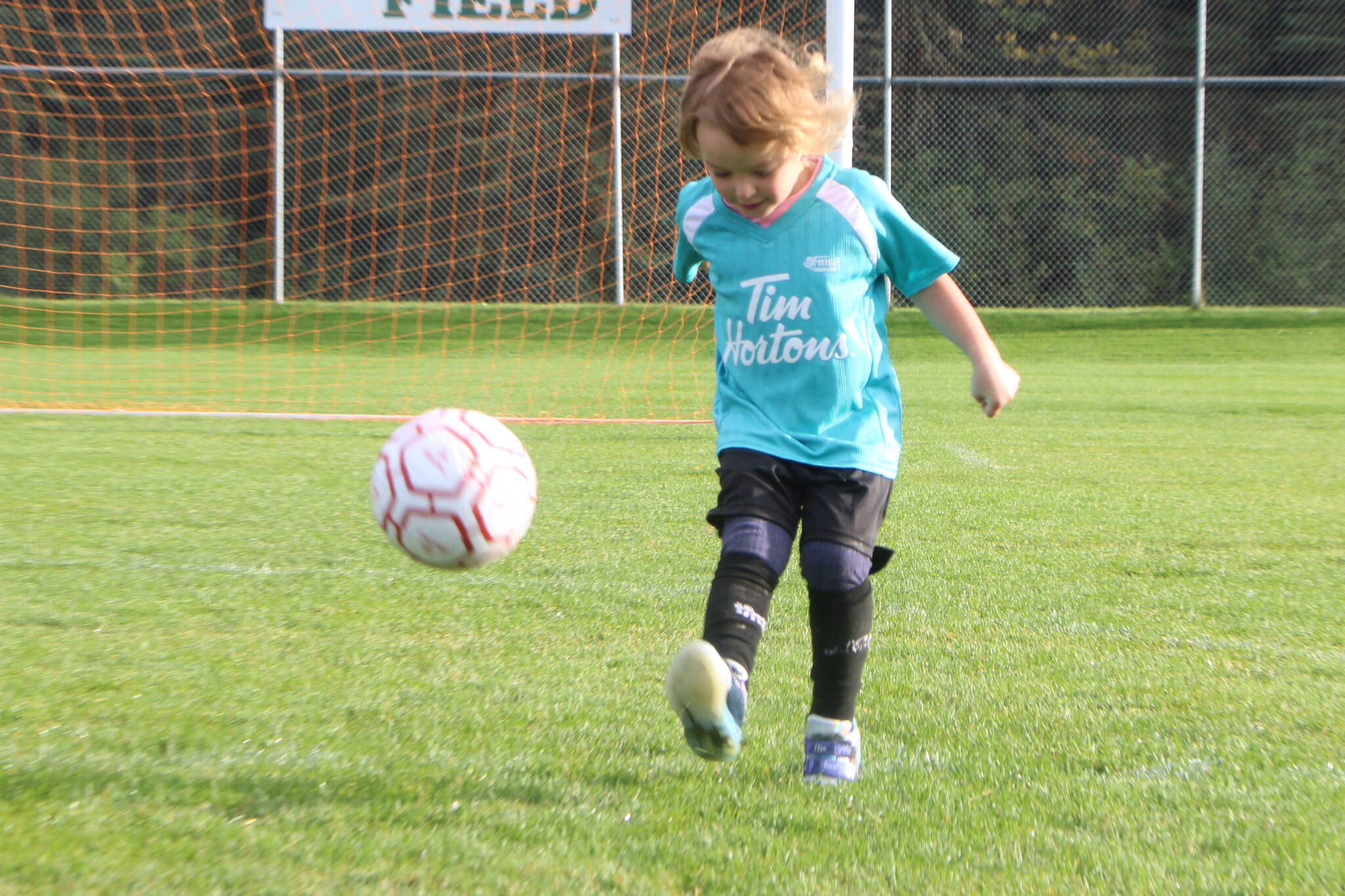 Penticton Vees spar in Peaches Cup ahead of exhibition season