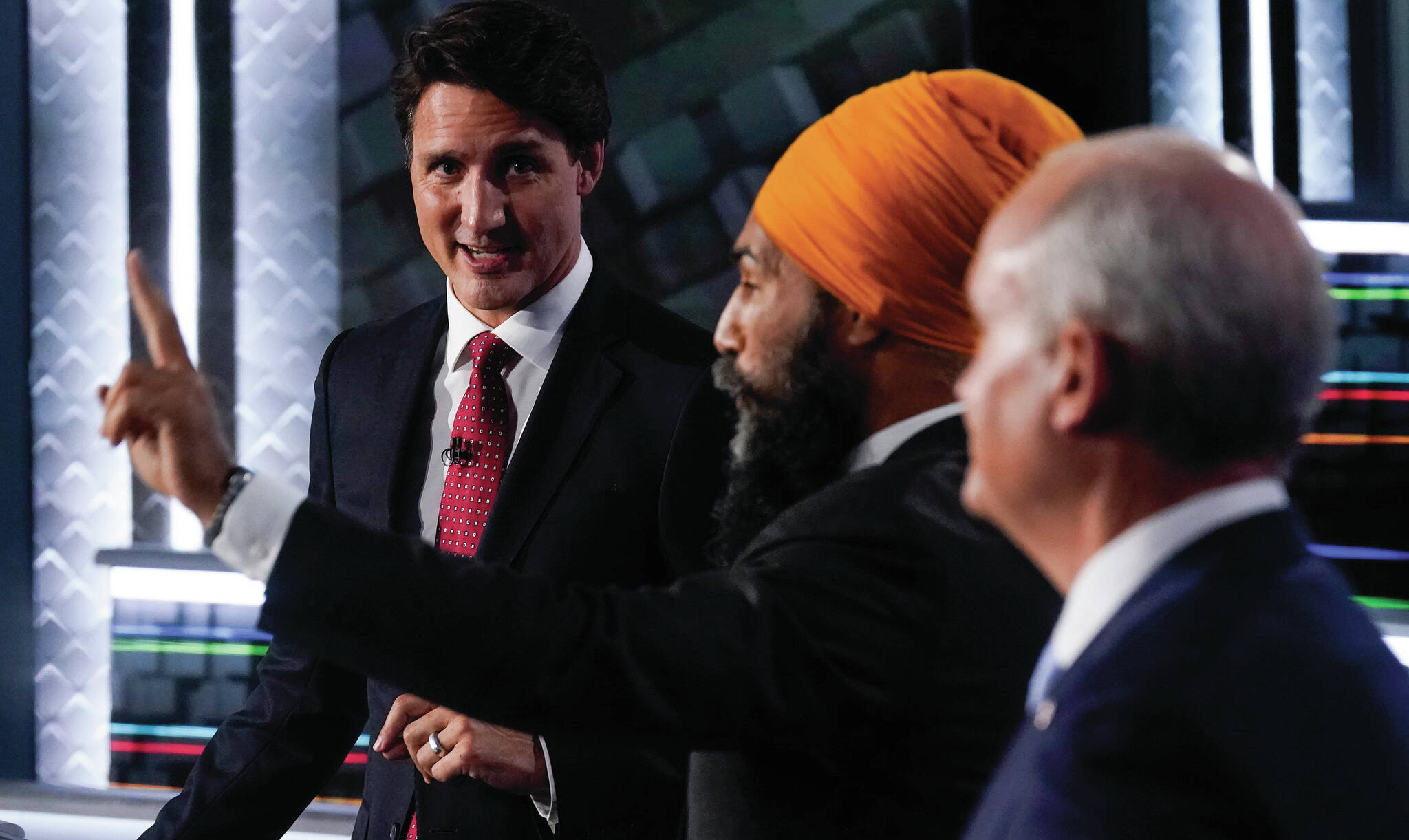 Traditionally, Canada had what political scientists call a “two-and-a-half-party system.” This means two parties (the Liberals and Conservatives) govern federally with a third party holding nominal power in minority governments. Generally this has been the CCF since 1933 and NDP since 1961.

But for the first time in Canadian history, six different parties won a significant level of support.

This trend towards a larger, but more fragmented party system began with the formation of the Bloc Quebecois in 1990 and continued with the rise of the Green Party in the early 2000s. For many years TV pundits have dismissed these newer movements as mere “protest” parties, but to paraphrase Mark Twain, the predictions of their demise have been “greatly exaggerated.”

Although the People’s Party of Canada did not win any seats, it actually had the largest increase in its share of the popular vote of all federal parties. In Cloverdale-Langley City, as well as nationally, it helped the Liberals to win seats they would not have won without the PPC running.

The irony of the PPC’s rise is that its greatest impact is to potentially result in Justin Trudeau governing for a much longer period of time than it appeared only several weeks ago.

Every party had cause for both optimism and disappointment last week on election night.

For the Liberals, the gamble to call a pandemic election may have failed to produce the majority Trudeau wanted, but no leader, himself included, would dare to force another election soon.

For the Conservatives, Erin O’Toole has succeeded in winning the popular vote, something the Liberals have not done since 2015. But O’Toole must still expand the party’s appeal in urban areas to grow..

For the NDP, Jagmeet Singh will still have leverage over a minority Liberal government, but the heady days of optimism under Jack Layton with the “Orange Wave” in Quebec of 2011 are gone.

For the Bloc Quebecois, support for outright separatism may be low, but their Quebec nationalist movement has a strong ally in Premier Daniel Legault and they too have more leverage in a minority parliament than they would have had if Trudeau had won a majority.

For the Green Party, the failure of leader Annamie Paul to win a seat and their internal divisions are disappointing, but their party was staring into the abyss of extinction and still survived.

For the People’s Party of Canada, it remains to be seen whether its current level of support can be translated into any seats and a viable future in Parliament. To do that, its leader Maxime Bernier will have to disavow some of his most intense supporters who have become more associated with staging protests than developing policies, but it’s not yet clear what his goals are. Since losing the Tory leadership race to Andrew Scheer on the 13th ballot, revenge against his former party may have been a dish best served cold.