November 26, 1935 – December 6, 2022
The family of Hank Mulder very sadly announces his passing, just a week and a half after his 87th birthday in Surrey, BC.
Hank will be lovingly remembered and forever missed by his wife of 62 years Wilhelmina and his three children – Deborah (Grant) of Edmonton and Arnold (Tara) and Michael of
Surrey. Also mourning his loss are his six grandchildren, who he was very proud of, Sarah (Kelly), Steven and Clarke of Edmonton, and Emily (Jeff) of Calgary, along with Noah and Adam of Surrey. He is also survived by numerous relatives in Surrey and area and in the Netherlands.
Hank trained as a carpenter in the Netherlands and emigrated to Edmonton in the mid 1950’s. He worked for two years at Consolidated Mining and Smelting in Yellowknife
before returning to Edmonton to start his family and career. For many years he worked in construction and later as a Building Inspector for the Alberta Mortgage and Housing
Corporation. In 1982, he semi-retired and moved his family to South Surrey. There he spent his time with his children and grandchildren, working on various woodworking and
construction projects for himself and others, along with gardening, biking, walking and more than anything else – talking to people he came in contact with.
Hank became known as someone who could build and fix almost anything. He built seven homes for himself and family – four in Edmonton and area and three more in South Surrey – working on most aspects of the construction, finishing and landscaping. He was very hard-working and a skilled craftsman who took care and pride in all his projects.
A private cremation has taken place. Plans for a Celebration of Life will be announced in the new year.
Condolences can also be left at the Only Cremations website (www.onlycremations.ca/tribute) 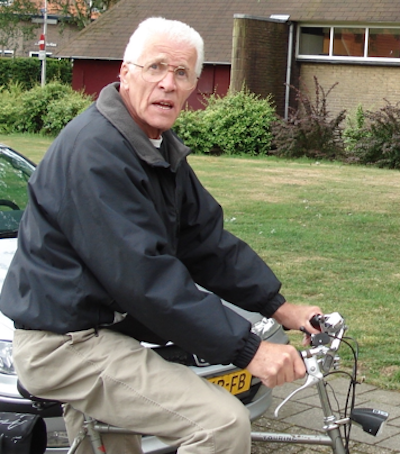