May 22, 1978 – December 19, 2022
In loving memory ~
With overwhelming sadness, we announce the death of our son Derick, sudden and unexpected, of a drug overdose.
Derick was born in Victoria. He lived in Sooke, albeit very briefly before the family moved to Tofino and then Ucluelet. The west coast Long Beach area always held a big place in his heart. When Derick was three, the family moved to North Cowichan where he spent most of his life. He loved hiking and camping, swimming, and his studies were in acting and anthropology. He loved exploring the forests of his own backyard, Maple Mountain.
He acquired the nickname “Dee” early on in his life. “Dee” graduated from Cowichan High in 1996. He was active in the arts community and participated with Shawnigan Players and Mercury Theatre.
Derick was very tall which served him well for the years he was a strong member of the Duncan Sting Rays competitive swimming team. He cut the water as easily as most folks butter their toast. In swimming, having long arms or leavers is a good thing. He was a backstroke specialist.
Some of his most favourite times were theatre acting and heading over to Long Beach for the day to run through the sand dunes, something he grew up doing in his early years. Always he was attracted to water activities! At a young age, he would be stomping his feet in a puddle or as an adult swimming for kilometres along the coastline of Maui, Hawaii.
After high school, Derick attended Malaspina College with a focus on Arts and then Anthropology.
At age 25, mental illness interrupted his dreams of anthropology when he was diagnosed with schizophrenia. This led to associated challenges, as it often does for those afflicted with mental illness, with alcohol and drugs. Despite his challenges, Derick’s love for his son Cameron and daughter Rose never wavered. Derick was seeking a new life after two years of recovery and rehab in Burnaby and Coquitlam, looking forward to being closer to his son and daughter again, when tragedy happened. This was a shock to all who knew him well.
Derick was known for putting others before himself, often described as the knight in shining armour riding a white horse coming to others’ rescue before he would care about himself. In the end, Derick was an organ donor and, like the knight coming to another’s rescue, he made his final rescue, the gift of life to others he did not know…Bravo Derick!
We wish to thank Derick’s support medical professionals here in Duncan, the Assertive Community Treatment (ACT) team, who over the years has been there for him and his family; in particular, he always appreciated the support of Steve and Marnie. Thanks to Warmland House Shelter. Thanks also to the VGH (Vancouver) teams in the ICU, Organ Recovery and Social Services who guided the family through this trying time.
He leaves behind his adult son Cameron, his adopted out daughter Rose, his parents Patricia (nee Goodsell) and Bryan Wallis, a brother Jeffrey (Sabrina), a sister Laura (David), and numerous nieces and a nephew: Amity, Brooklyn, Connor, Kaelianna and Zenaiyah.
Goodbye “Uncle Dee”, we will miss you. You will live forever in our hearts.
The family is comforted knowing that Derick is now at peace. May your God be with you, Derick.
The family encourages donations, on behalf of Derick, to the Canadian Mental Health Association, Cowichan Valley Branch at: https://www.cmhacowichanvalley.com/. Or, specifically: https://www.cmhacowichanvalley.com/donate_a_meal_at_warmland and being an organ donor, the gift of life.
Online condolences may be made at www.hwwallacecbc.com 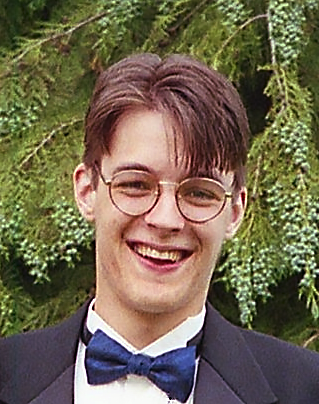