As Gina Lawrence approached the fire pit, she closed her eyes, gritted her teeth and was overcome by a rage she has felt for most of her life.

In her hand was a copy of the 1956 Canadian declaration that her people, the Sinixt, were extinct. On Friday, Sinixt who travelled to B.C. from Washington State were each given the document, wrapped in cedar. Then they walked, one by one, to a fire on the shore of Kootenay Lake in Nelson.

Some said a quiet prayer before burning the paper. Others watched as their children carefully dropped in copies. One man stood over the pit and howled, “We are not extinct!”

Lawrence raised her copy above her head, held for a moment, and then threw it into the fire.

The event was part of Sinixt celebrations marking the one-year anniversary of their victory in the Supreme Court of Canada that affirmed their existence. Richard Desautel, a Sinixt resident in Washington State, was arrested after shooting an elk near Castlegar in 2010. He then argued, successfully through four levels of Canadian court, he had the right to hunt in his people’s traditional territory.

The court’s decision has been profound for Lawrence, who spent her life waiting for a government to acknowledge the Sinixt.

A delegation of 100 Sinixt travelled to Nelson for the celebrations, which included music and dances, and messages of thanks to friends, family and allies. The day also included the unveiling of a new mural by Sinixt artist Ric Gendron, a concert by musician Tony Louie, and a screening of the documentary Older Than The Crown by filmmaker Derrick Lamere.

Elliot Tonasket (skWkWlal) was among the Sinixt visitors in Nelson. He grew up on the Canadian side of the border and said he felt the court victory encourages healing from the generational trauma of forced division by the 1846 Treaty of Oregon, which established what would later become the Canada-U.S. border that cut off the Sinixt from their traditional territory.

“Our families have been dismantled in a way that kept us from being able to connect in the ways that we need to connect and this just allows the connections to be real, implemented and worked towards in support and encouragement of each other.”

But there are also remains several lingering questions about what the Supreme Court victory will mean for American Sinixt in Canada. 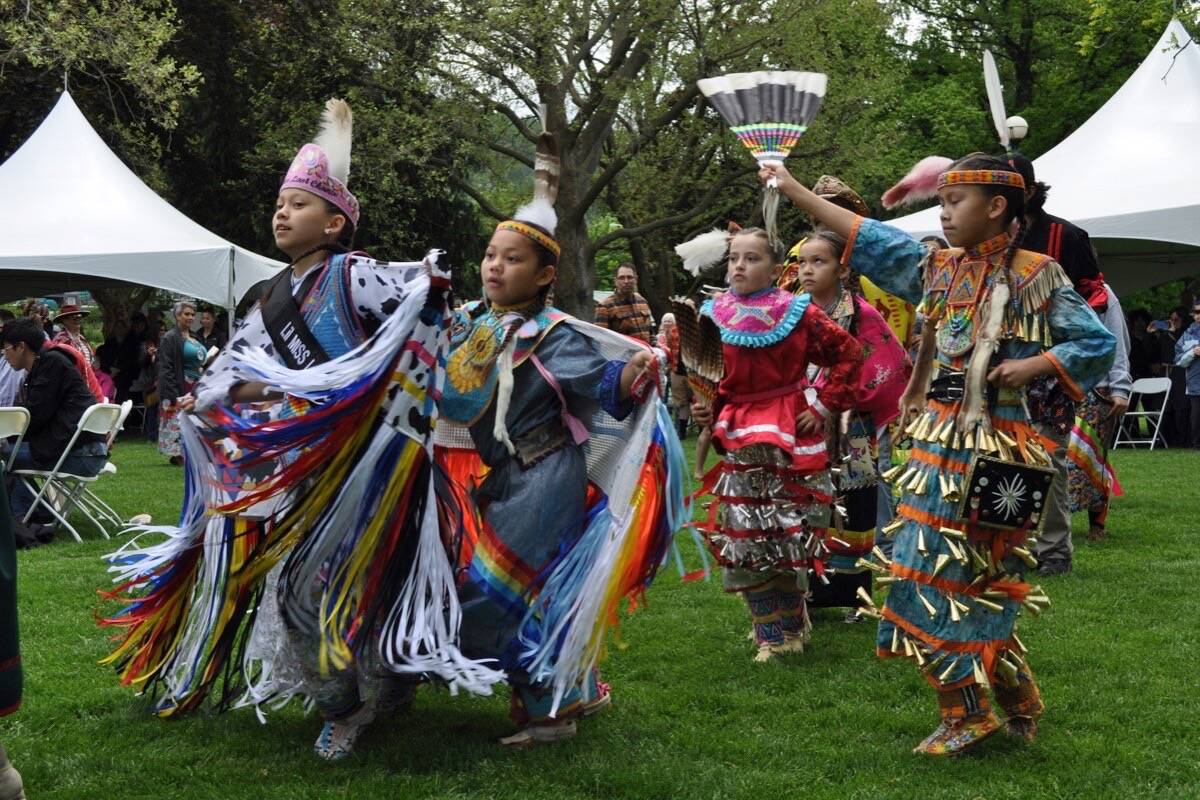 Mark Underhill, the lawyer who represented Desautel and the Sinixt, said work is underway to determine who exactly is Sinixt and can therefore exercise the hunting right won at the Supreme Court. There’s also been dialogue with tribes along the 49th parallel as well as the Alaska-B.C.-Yukon border to see if the case can act as a precedent for more cross-border claims.

Underhill added the Confederated Tribes of the Colville Reservation, which manage the area in north-central Washington State that includes the Sinixt, are also speaking with provincial, regional and municipal governments about their history and in what ways the court victory can be implemented. A new cultural centre at Selkirk College, he added, is also a possibility.

“What you’ve had here is decades of a vacuum, and other people tend to step into vacuum since there’s a lot of misinformation about the history of this territory, who the Sinixt are, what their claims are,” said Underhill. “And so it’s an education process with all those different levels that we’re embarking on.” 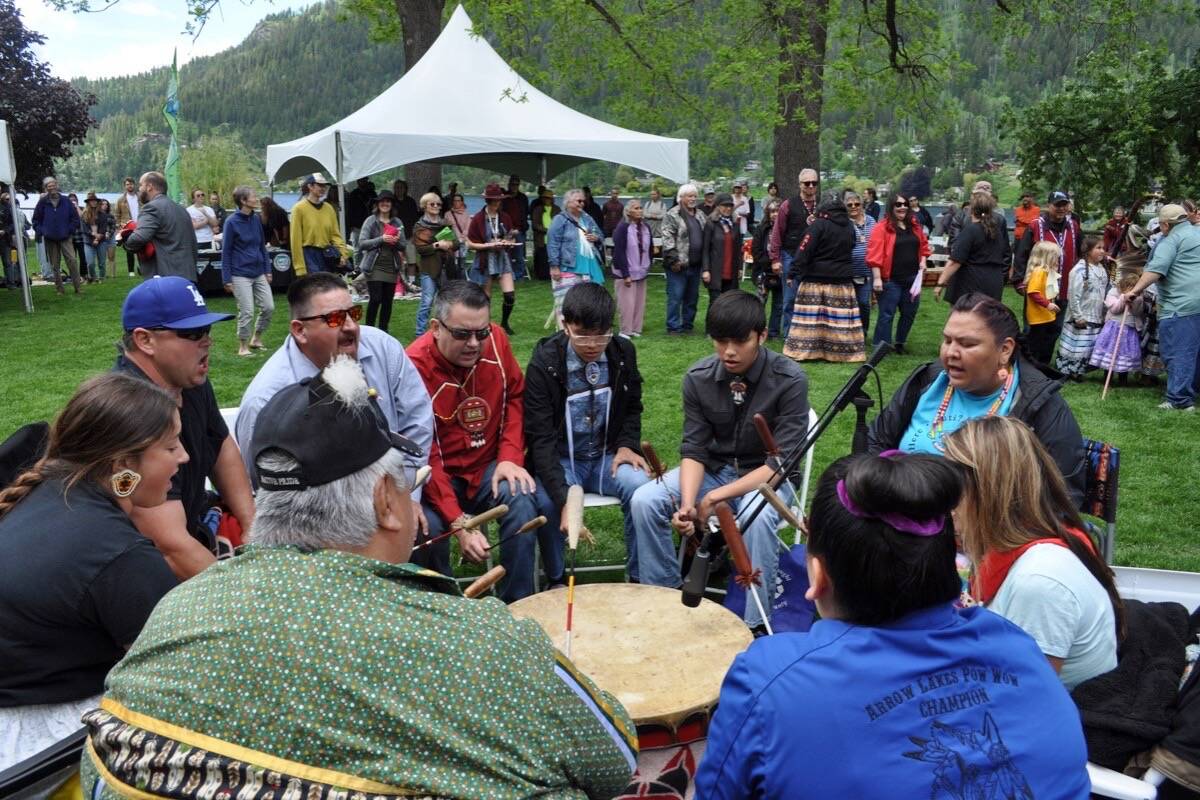 Friday’s ceremonies were about education, but also reflection.

Andy Joseph Jr., chairman of the Sinixt Confederacy and the Confederated Tribes of the Colville Reservation, took a solitary moment to visit Kootenay Lake. There, he put salmon skin and bones into the water as a way of calling the fish back to the waters.

Salmon were the primary food source for the region’s First Nations who accessed the Columbia, which include the Ktunaxa, Syilx and Secwepemc. But in the 20th century, the construction of dams on the Columbia River and Kootenay Lake coinciding with the 1961 Columbia River Treaty, which did not include First Nations consultation, cut off salmon migration into the region.

Since 2017, the Colville and Spokane tribes as well as Washington Department of Fish and Wildlife have been releasing Chinook yearlings back into the system. In Canada, a 2019 initiative signed by the provincial and federal governments as well as the Ktunaxa, Sylix and Secwepemc nations committed to bringing salmon back to the upper Columbia River. 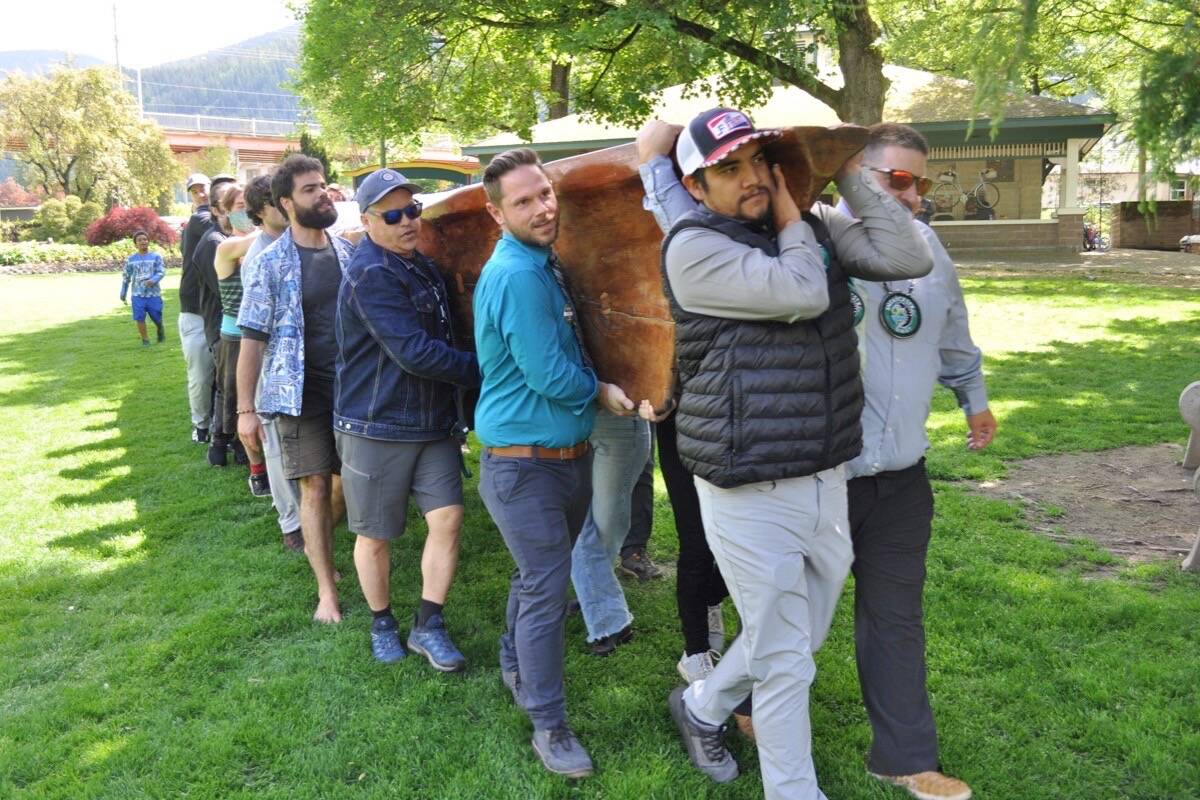 A massive canoe was hauled into the park for Friday’s events. Photo: Tyler Harper

Last month. the B.C. Ministry of Forest, Lands, Rural Development and Natural Resources said Chinook Salmon had been spotted in the Columbia River north of the border for the first time since the Grand Coulee Dam was built in the 1930s.

That’s significant to Joseph, whose son is a biologist working on the American salmon reintroduction. As the salmon find their way home, so too have the Sinixt.

“Salmon aren’t ours. They are everybody’s,” said Joseph. “We fish the salmon, our neighbours, the sports fishers from all races, benefit from the work that we do. Bring in more salmon because it’s that important to us. So we want to be good neighbours. If we can get salmon back up here, it ain’t for ourselves. It’s for the future.”

The future was on Lawrence’s mind as she regained her composure after burning the extinction declaration.

When she was a child, she knew nothing of the Sinixt’s plight. Now Lawrence has seven children and 17 grandchildren, and she’s determined to make sure they know their people’s history. 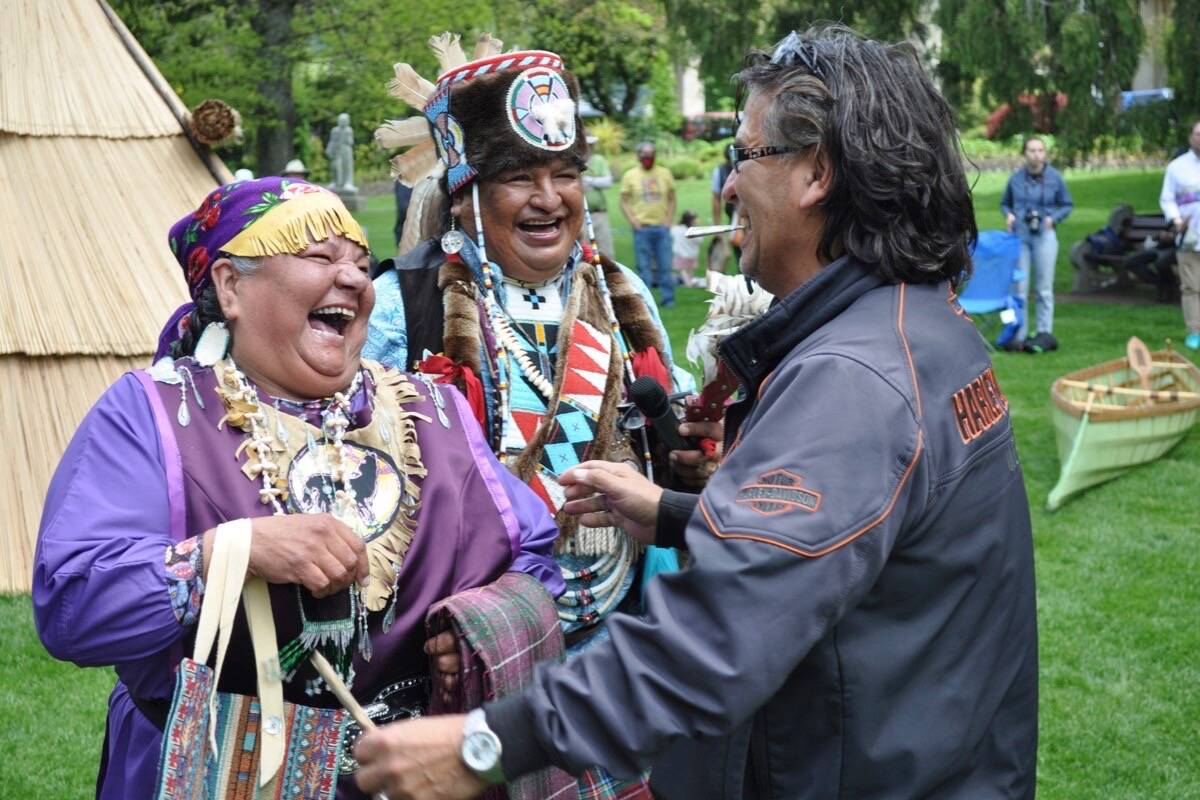