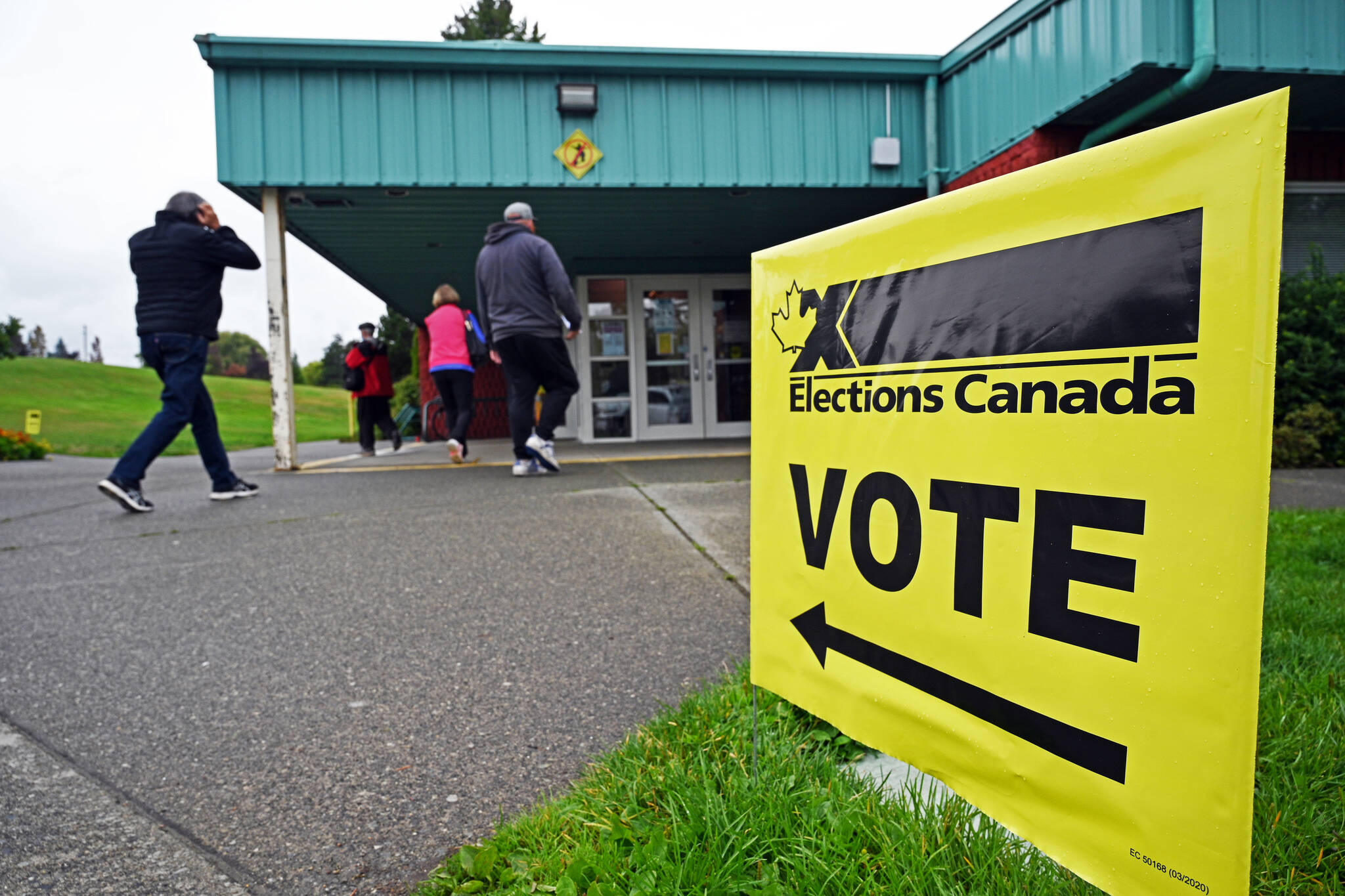 Residents head to the polling station at the Willow Point Sportsplex in Campbell River to vote in the 2021 federal election on Sept. 20, 2021. Photo by Sean Feagan / Campbell River Mirror.

Vote counting is complete in the North Island-Powell River riding, with NDP candidate Rachel Blaney remaining on as the riding’s MP.

The unofficial voter turn out was 65.38 per cent, or 60,684 voters of a total 92,814 possible. That number does not include electors who registered on election day.