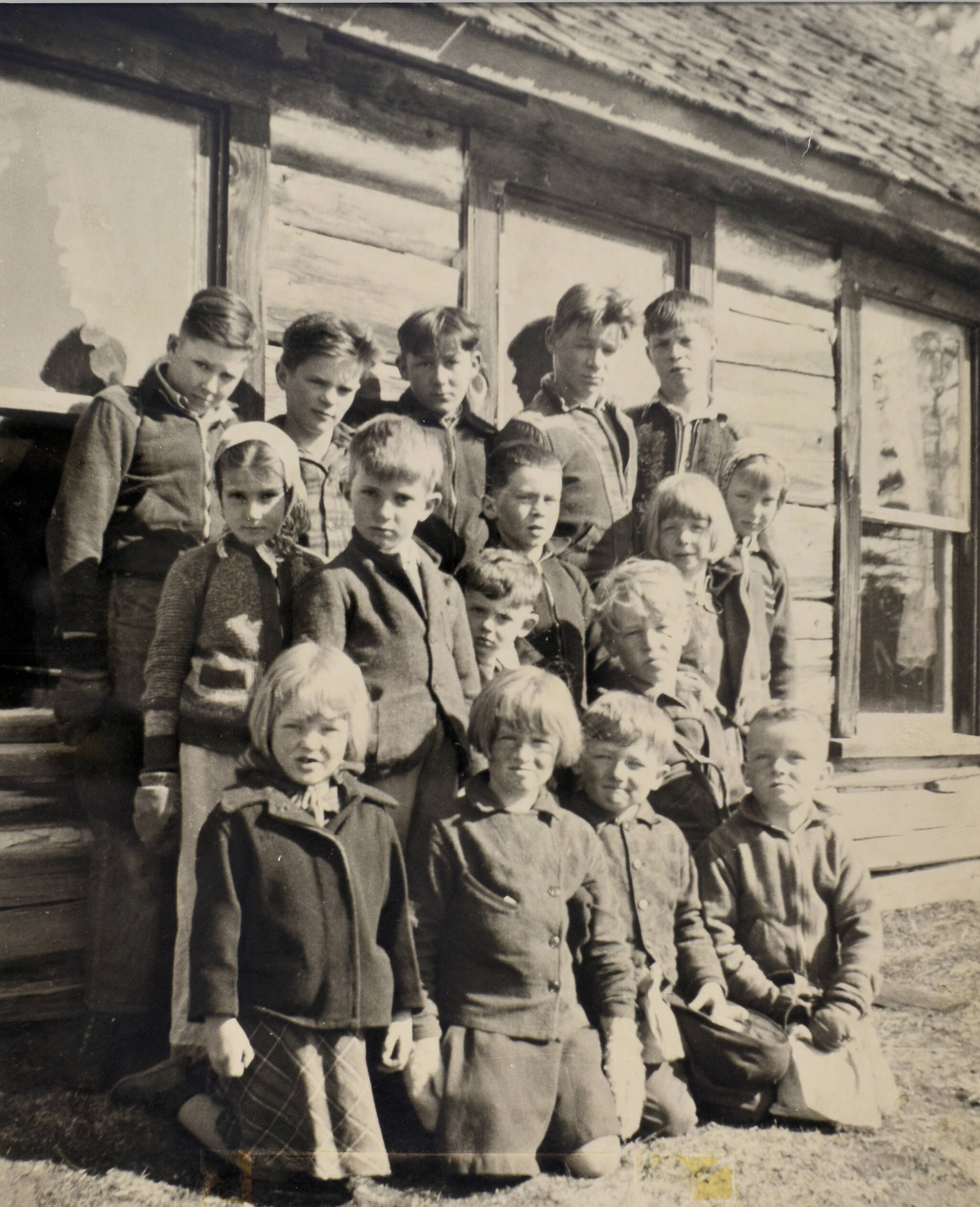 During the early years of the 20th century, children growing up in the Ootsa Lake area attended Alexander Manson School. Built by volunteers and named in honour of the Liberal Member of the Legislative Assembly for Omineca at the time, the institution opened in 1919.

Nellie Olive Bertram was its first teacher. To help meet provincial enrolment requirements, Nellie brought her sons Lloyd and Edwin with her to Ootsa Lake. The boys, aged nine and ten respectively, were two of the school’s 12 pupils, who ranged in age from six (little Dorothy Bennett) to 17 (Ray New). Children from the Morgan and Bennett families, two of the area’s prominent families, comprised 58 per cent of the entire student body that year.

Conditions in the new school must have been somewhat primitive. The first blackboard consisted of tar paper tacked to one of the log walls, and the furniture (seats and long benches) was made of rough lumber by local resident Jim Morgan.

Ms. Bertram stayed only a year before relocating to Grassy Plains, but the school remained in operation until approximately 1952. During that time, some of the area’s most prominent citizens taught there.

Harriette Harrison, daughter of pioneer William Harrison, served as teacher from September 1928 to June 1929. Like Graham, the bulk of her students came from two families: the Bennetts and Van Tines.

Over the years, some graduates of Alexander Manson School became its teachers. Lulu Morgan (later Beaver), one of Ms. Bertram’s students in 1919, took over as teacher in 1942 and remained in that capacity until 1949. During that period, she taught her own children as well as Anne Schreiber and Frank Bergen.

Like so many of the Ootsa Lake area’s original buildings, many of which disappeared under the rising waters of Ootsa Lake after completion of the Aluminum Company of Canada’s Kenney Dam, Alexander Manson School no longer exists. Nevertheless, the role the school played in community life lives on in photographs such as this one, which we believe dates from 1943 or ’44.