Students and adult supporters took their message to the streets in Courtenay Friday afternoon.

As the latest climate strike by young people to alert the wider community about the effects of climate change, about a hundred or so people gathered at Simms Millennium Park before most set off to march through the streets of downtown Courtenay.

Some of the organizers spoke to the crowd briefly. Ella Oldaker started by noting the event was taking place on unceded Indigenous land.

“We reaffirm our commitment to reconciliation,” she said.

“We need to stop this ASAP,” she said.

The group then set off over the 5th Street Bridge, moved over to 4th Street, then on toward Fitzgerald Avenue and Cumberland Road before turning back toward England Avenue and eventually back on Cliffe Avenue toward city hall. 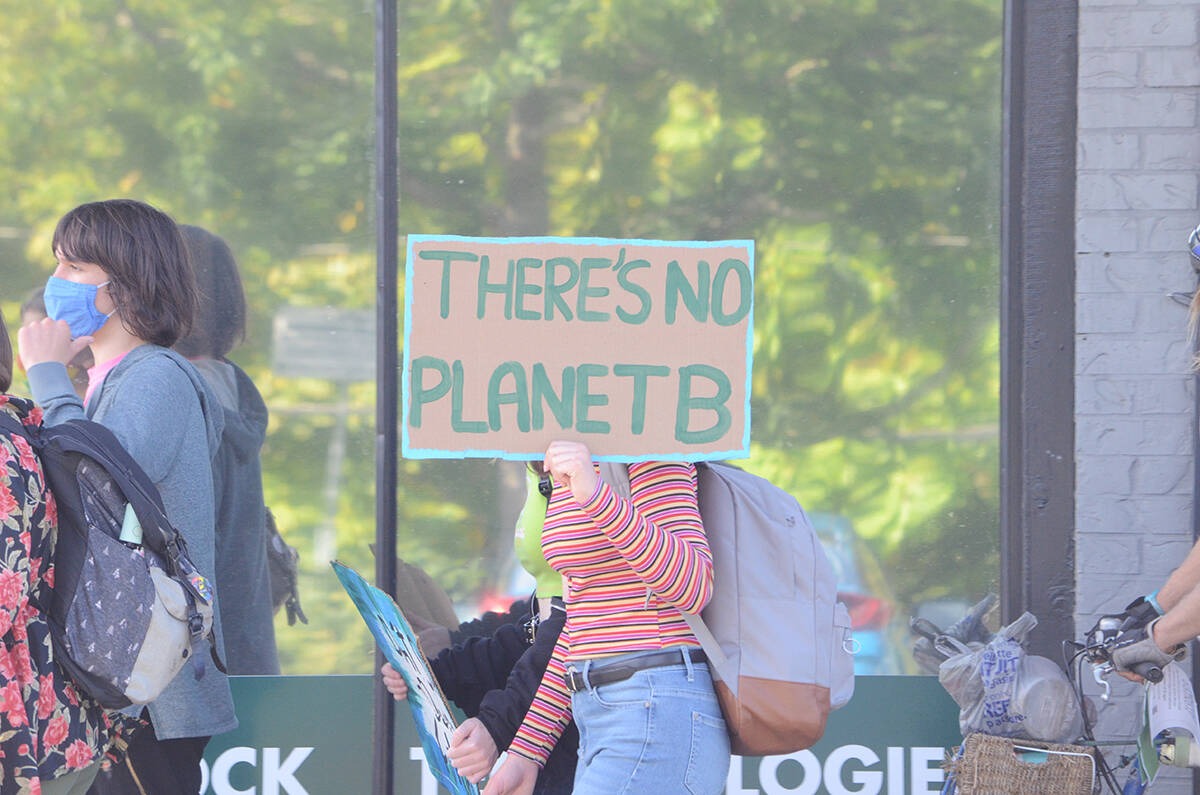 One of the marchers shows off her message along Cliffe Avenue. Photo by Mike Chouinard 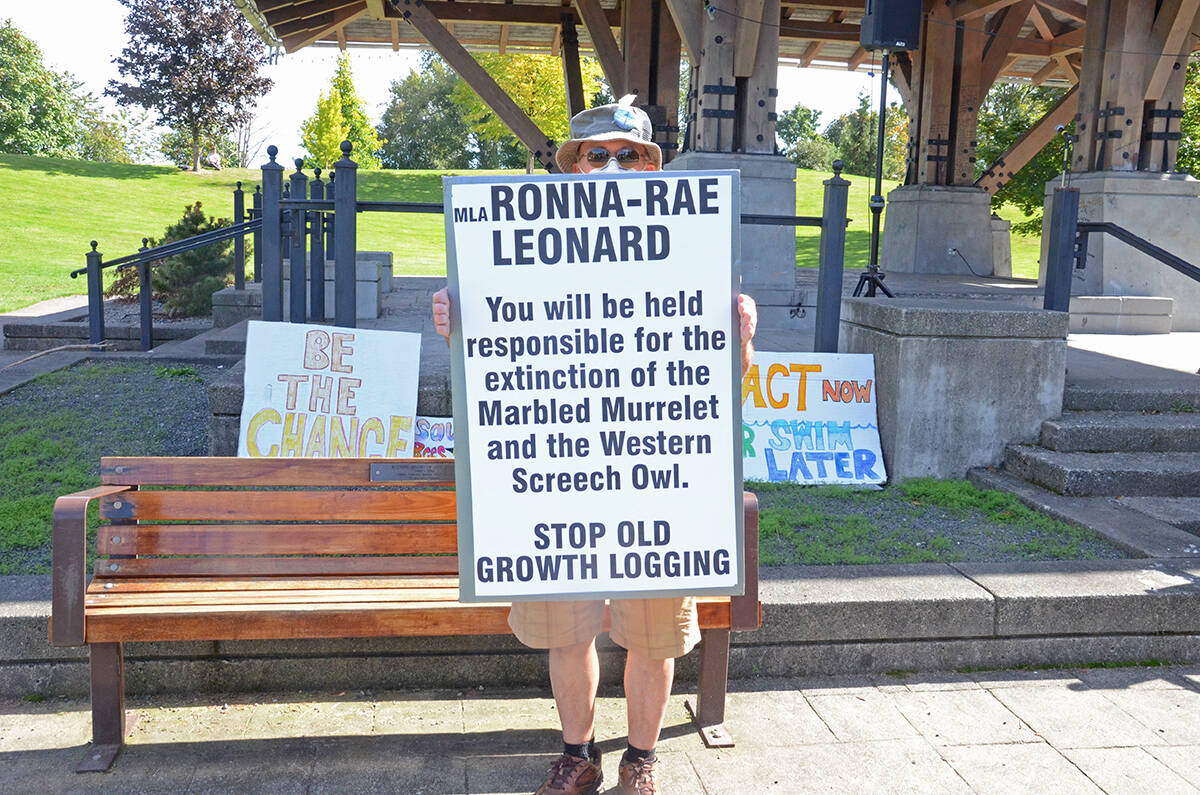 Some had messages for the provincial government about old-growth logging. Photo by Mike Chouinard 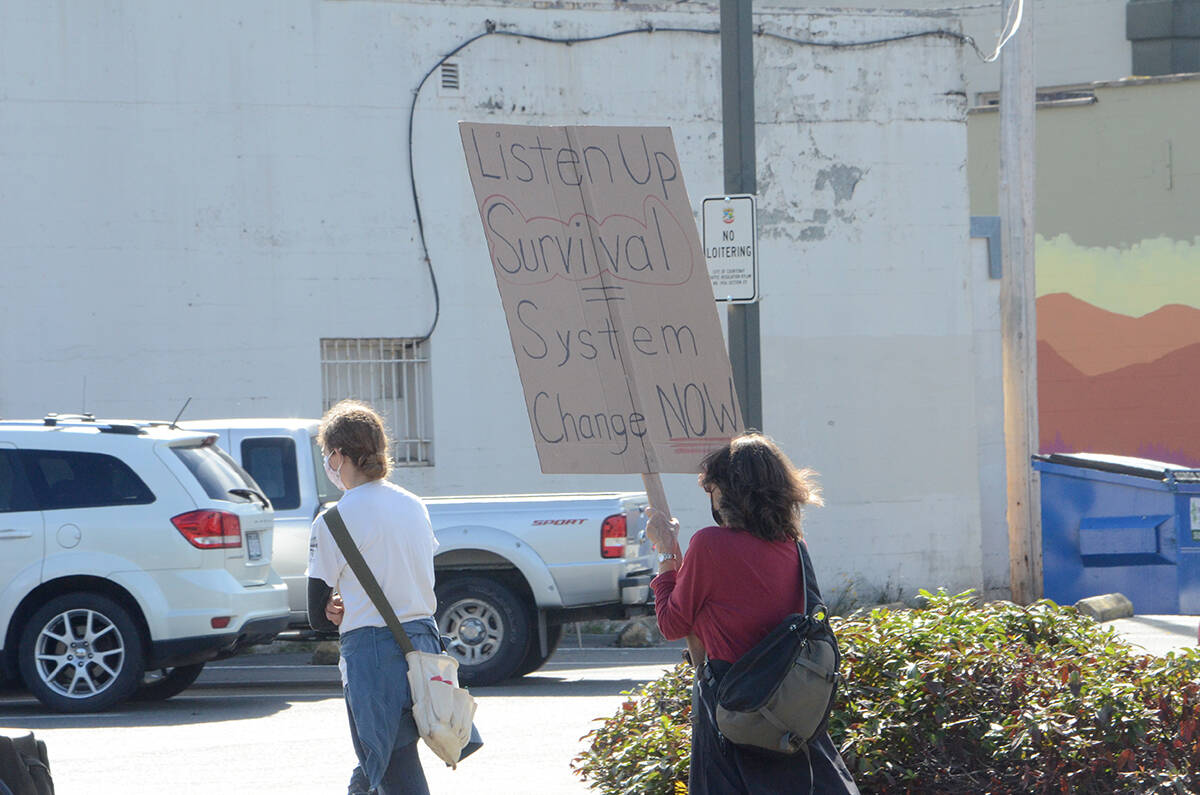 This sign has the final word along the march. Photo by Mike Chouinard