Owen Dale Charpentier turned in the witness box in courtroom 201 at the Chilliwack Law Courts and faced the family of the man he killed in 2019.

“I want to let you guys know I am sorry, and a day doesn’t go by that I don’t think about Keith,” Charpentier told Keith Baldwin’s family through the plexiglass on Thursday.

Charpentier pleaded guilty to manslaughter with a firearm in the shooting of 27-year-old Baldwin. It happened on the night of Oct. 22, 2019 in a car wash bay near Ruth and Naomi’s Mission on Fletcher Street.

Baldwin was found alone and bleeding from a head wound by a security guard. He was transported to hospital and kept alive on life support for a short time until friends and family could say goodbye.

The apology in the courtroom came after Crown and defence lawyers wrapped up their sentencing submissions in the manslaughter case. 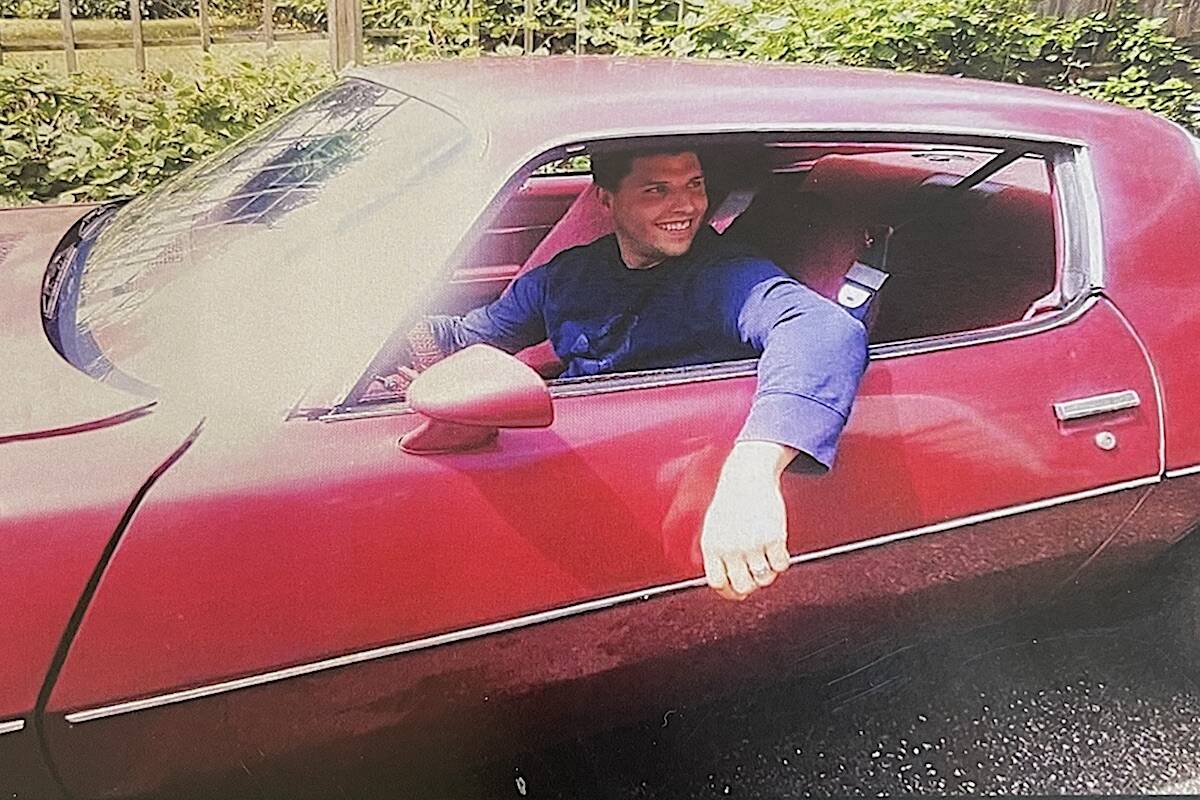 Upon hearing Charpentier say he was sorry, Baldwin’s mother, Julie MacDonald said: “Thank you,” and then asked Justice Alan Ross if she could hug him.

The judge said while he would welcome such a “rare and redemptive moment” in his courtroom, for security reasons he could not allow it.

For his part, defence lawyer Simon Buck said he was recommending that Charpentier serve six years in jail.

They both agreed to ask the court to seek a DNA sample, and lifetime firearms ban for Charpentier as well.

Waldock noted that Charpentier was still in the ongoing grip of addiction, despite being prescribed the opioid replacement medication, suboxone while in custody.

In terms of mitigating factors for sentencing, Crown counsel mentioned Charpentier’s youth, and his guilty plea. He noted that the accused had refused counselling for his substance issues.

“It goes back to the entrenched addiction,” Waldock said. “If he can’t get his drug problem under control, and if he can’t avoid it, it’s a risk factor for him. So he’s got some work to do ahead of him.”

A Gladue report was filed that suggested Charpentier may be suffering from fetal alcohol spectrum disorder (FASD), as a result of his mother drinking alcohol during pregnancy. A Gladue report is one that can be filed as a court exhibit prior to sentencing for an offender with Indigenous ancestry, which Charpentier recently learned that he has. That information is then taken into account by the judge in sentencing.

“But does he qualify for Gladue?” Waldock asked, adding there was claim of Indigenous ancestry referred to in the report “but it wasn’t really proved.”

“To question these roots is fruitless,” Buck said. “Crown has to accept that he is Indigenous.”

Buck also said if they had to prove Charpentier had FASD, then they had done so in their submissions.

In terms of aggravating factors, Charpentier’s use of a concealed, sawed-off shotgun was a significant one, Waldock argued. And his aiming of the gun at Baldwin, also moved it up the scale in gravity.

The fact that Charpentier ran away after he shot Baldwin, didn’t check if he was dead, and buried the gun, put the offence closer on the scale to murder, Crown argued.

Defence counsel had a different take on Charpentier fleeing the scene in a panic.

“It depends how much you believe he has a compromised mental ability by virtue of the fetal alcohol or maybe even PTSD that he suffered after being stabbed. If mental function is compromised it, it factors into moral culpability,” Buck told the court.

Also defence took issue with the characterization of the accused being in the “ongoing grip of addiction” and their position was that he has not used hard drugs while in custody. He also appeared healthy and sober in court, wearing a grey T-shirt, dark pants and a crew cut.

“To his credit he is trying to control his urge to use opioids,” Buck said, in terms of the opioid replacement medication he started taking in prison.

Whereas Crown said that Charpentier’s aiming of the gun provided the intent required to call it murder, Buck countered by saying although the incident couldn’t be seen as “near accidental” it was not “near murder” either.

“In my submissions I say Mr. Charpentier did not know the shot would kill him,” Buck said, adding that puts the shooting in the mid-range of the spectrum from accident to murder. There was no evidence that Charpentier wanted to harm Baldwin.

Charpentier is well-known to police. He was already behind bars facing the manslaughter charge when he was sentenced a year ago in Chilliwack provincial court on March 4, 2021 to time served for the robbery of a man in the downtown area in 2019.

The case was put over to Aug. 22 to fix a date for the judge to make a decision.

Missing Chetwynd woman who may have been in Kelowna found safe