The land between the Jordan River and Westside Rd. was once considered too valuable to wildlife and forestry to be a gravel pit.

Documents obtained through a Freedom of Information (FOI) request show that the ministry in charge of Crown Land in 2002 denied an application for a gravel pit due to “wildlife and forestry values.” It is the same location that a temporary license for exploration for a gravel pit was granted to Jake-Jay Construction in 2019.

The 2019 license was issued despite opposition from both city council and the community. Though there is no extraction going on at the moment, the license allows for exploration to inform the application to extract.

Virginia Thompson, who has long been advocating for the protection of the area, said this new information is shocking.

“This raises several questions for me. As nothing there has materially changed, then why was the current application not given the same environmental assessment, and denied?” she said. “Have the rules changed, or is it that the ministry of mines was sloppy or purposefully turning a blind eye to these values and this history? None of these answers are satisfying or good.”

The ministry of forests, which currently oversees Crown Land applications, said they are legally required to receive all applications and there is currently nothing in the Land Act preventing an application in the Jordan River area.

However, the City of Revelstoke has applied for a Section 17 conditional withdrawal, which would see the land protected from development with decision-making power shifted from the province to the city. The status of this application is still up in the air.

Tim Palmer, city councillor, was integral in pushing the city to apply for the Section 17. In March he demanded city staff present options on how to protect the area, after no progress had been made in a year.

He said the information released via FOI exemplifies how bad the system is and how it hurts communities. He would like to see the province create a management plan for gravel extraction in the area.

Jake-Jay Construction’s current license does not allow for the operation of a sand and gravel quarry. To move forward with such a project in this area, they must submit a new application outlining how concerns raised during the review of their initial application have been addressed.

“The new application would undergo the full scrutiny of any new application over Crown land, i.e. advertising, public and government agency referrals, First Nations consultation and a status of the land for any conflicts and/or constraints,” said the ministry.

Requirements of the two-year temporary license, which expires in December, include:

•an estimation of the scarcity of aggregate materials in the area

•an estimation of potential demand for the materials

•amount of investment in site investigation and development for each site

•secure development permits from the city

•conduct a biological and ecological assessment

Jake-Jay Construction had no comment on its progress, as of Sept. 20. 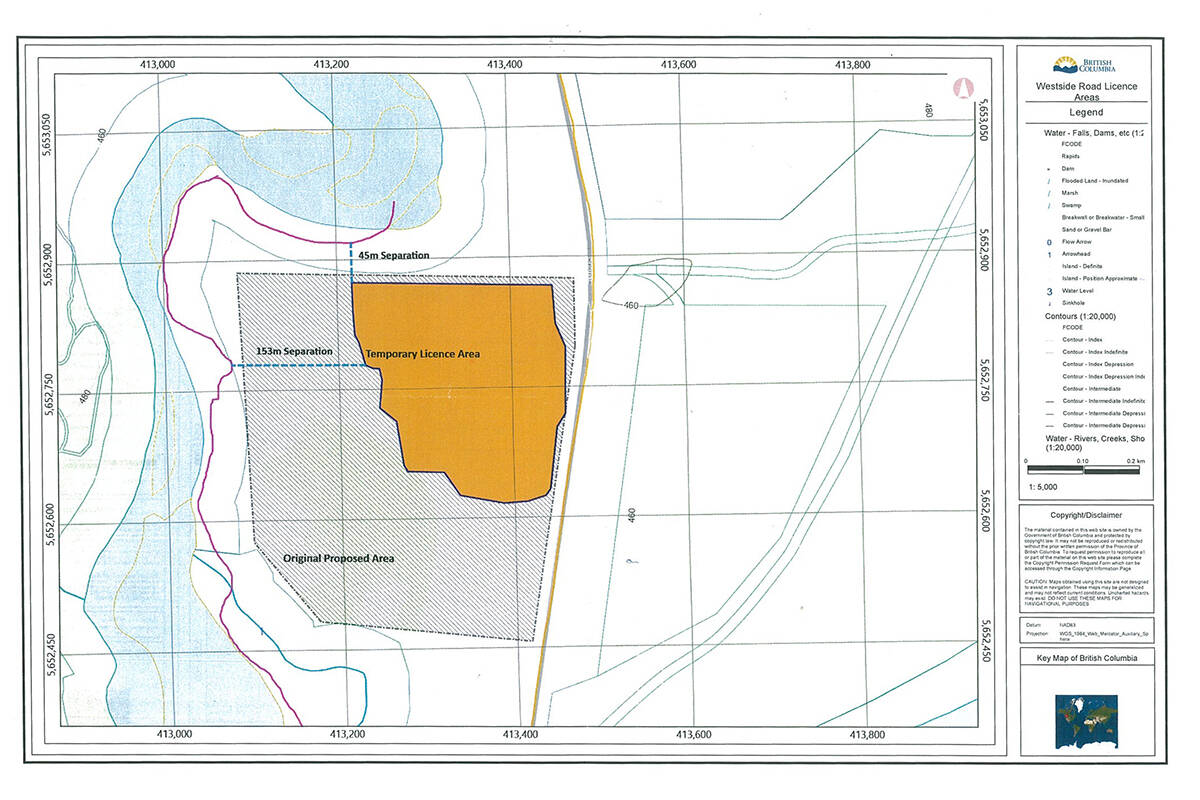 A map of the proposed location of a gravel pit, from Jake-Jays temporary license that was issued in December 2019. 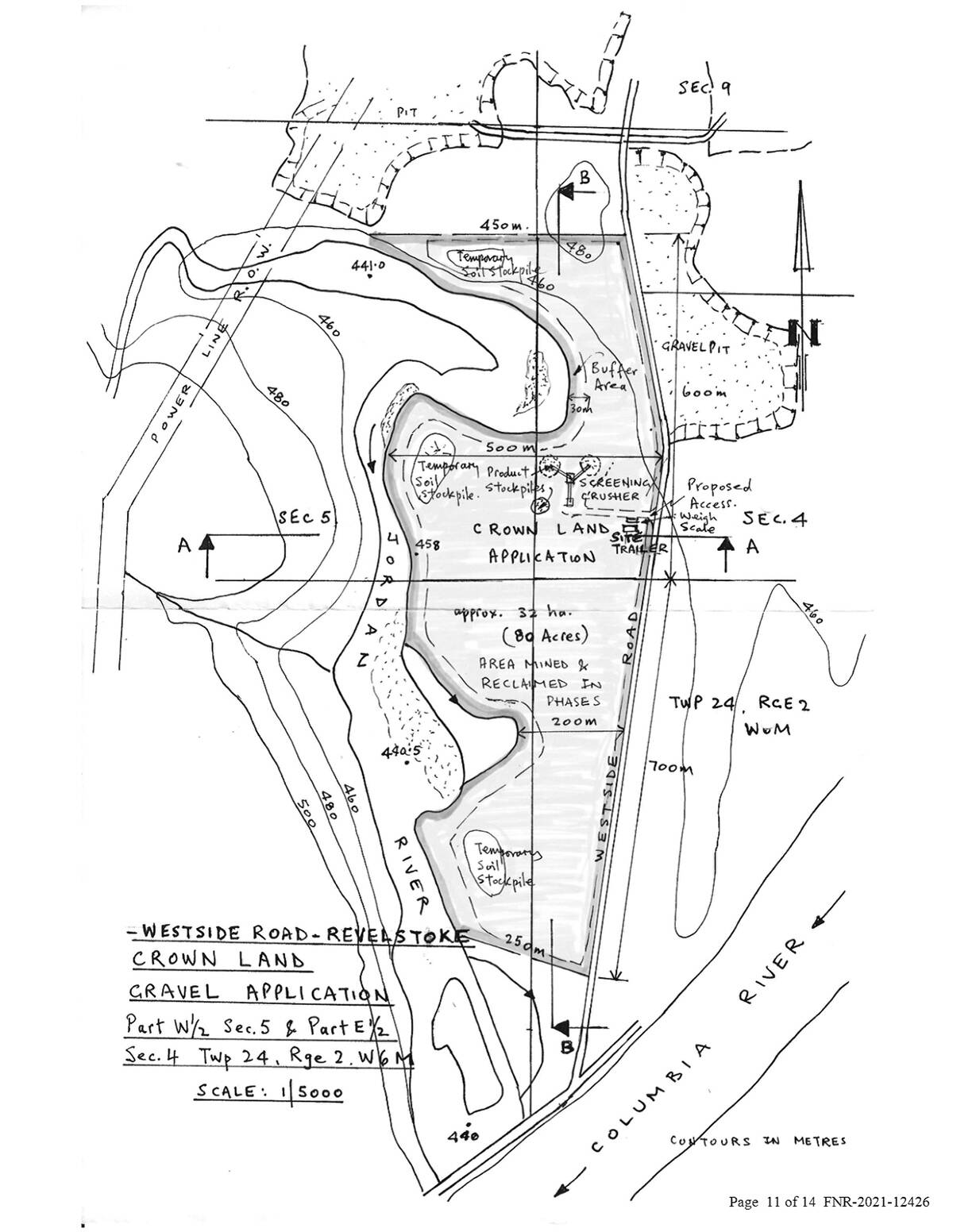 A map of the proposed location of a gravel pit that was denied in 2002. 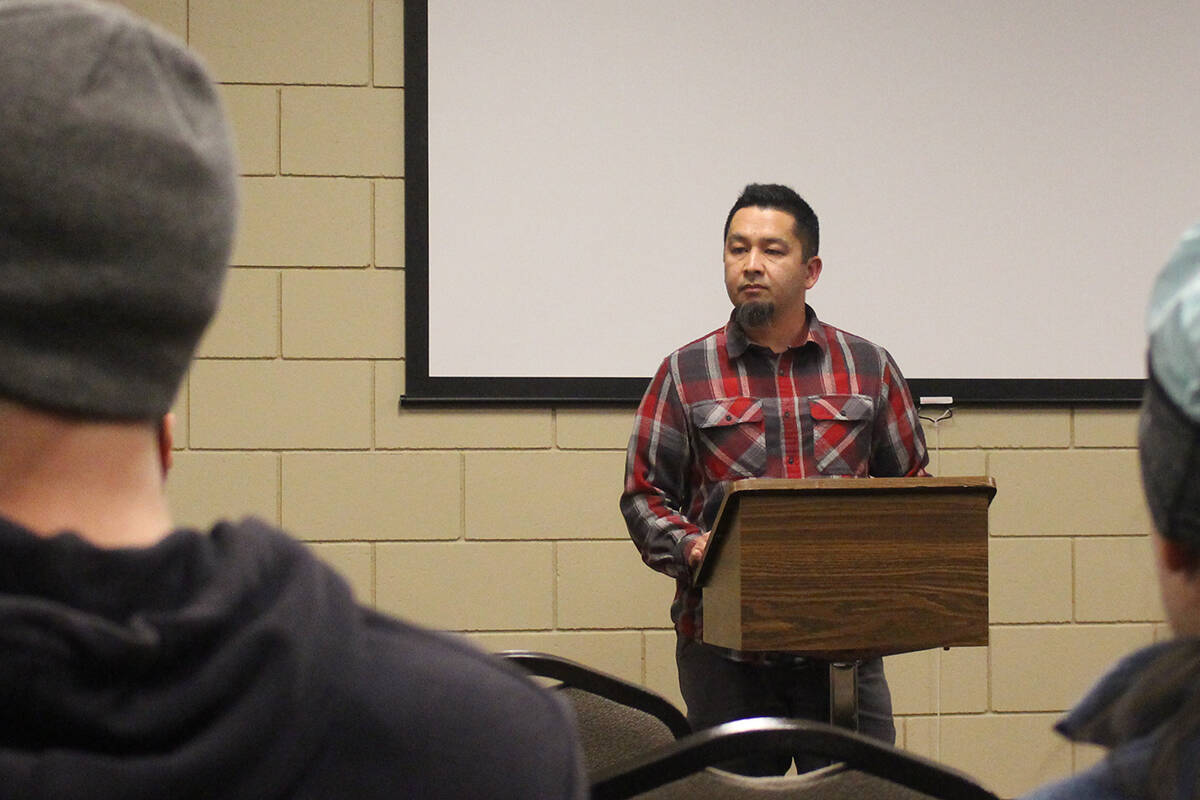 Grusky Layco, president of Jake-Jay Construction hosted a meeting Jan. 28 to collect feedback from the community about the possibility of a gravel pit going in near the Jordan River on Westside Rd. (Jocelyn Doll/Revelstoke Review) 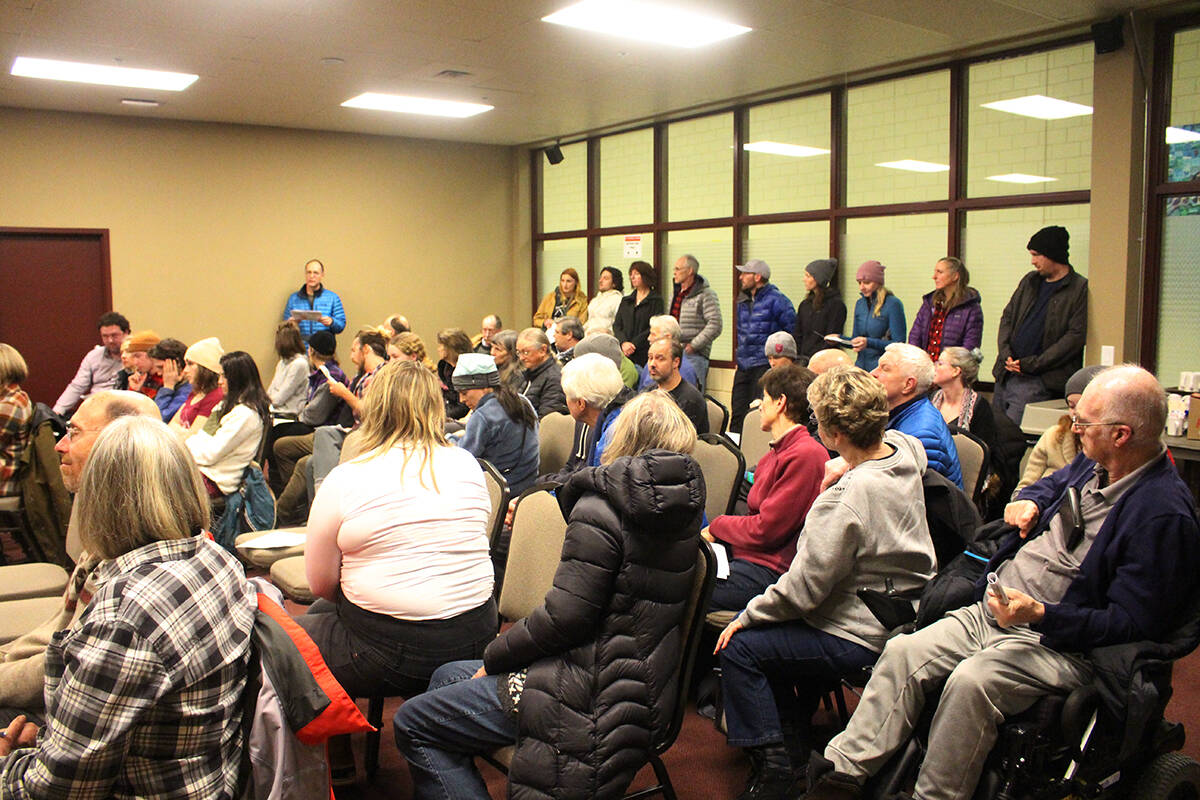 More than 50 people attended the community meeting hosted by Grusky Layco of Jake-Jay Construction and voiced their concerns about the proposed gravel pit near the Jordan River. (Jocelyn Doll/Revelstoke Review)