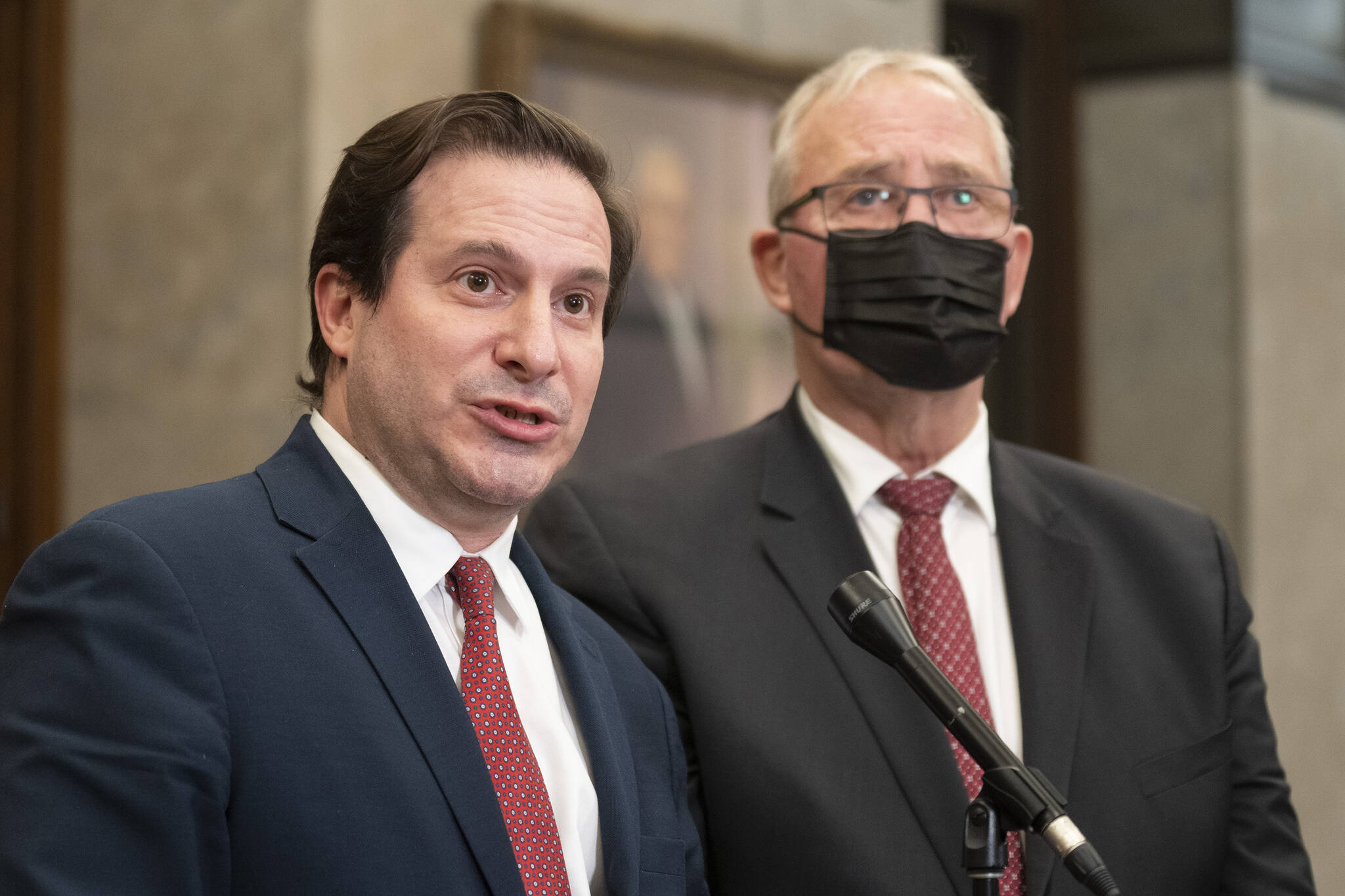 Public Safety Minister Marco Mendicino and President of the Queen’s Privy Council for Canada and Emergency Preparedness Minister Bill Blair speak with media in the Foyer of the House of Commons following a vote on the implementation of the Emergencies Act, in Ottawa, Monday, Feb. 21, 2022. THE CANADIAN PRESS/Adrian Wyld

Mendicino told the House of Commons public safety committee Tuesday the bill will be “very proactive,” though he did not provide specifics on timing or elements of the legislation.

The move could revive some federal measures that did not pass before last year’s general election and flesh out new proposals made during the subsequent campaign.

The Liberals have promised a mandatory buyback of banned guns they consider assault-style firearms.

They have also pledged to work with any province or territory that wants to ban handguns, earmarking at least $1 billion for the effort.

The Liberals have also said they will crack down on high-capacity firearm magazines and do more to combat gun smuggling.

The proposed buyback program would make it mandatory for owners of a wide variety of banned firearms, including the Ruger Mini-14 used in the 1989 École Polytechnique shooting, to either sell them back to the government or have them rendered inoperable at federal expense.

The proposal has won applause from gun-control advocates but the fierce disapproval of some firearm owners and Conservative MPs.

At the committee meeting, Liberal MP Taleeb Noormohamed asked Mendicino what he would say to those who believe that gun buybacks and further enforcement amount to an attack on innocent, law-abiding civilians.

Mendicino said the Liberals would deliver “responsible and strong gun control to protect our communities.”

The buyback of guns is an essential tool to get firearms “which have no business in our communities — because they only have one purpose, which is to kill people — off our streets,” he said. “And that’s our commitment and we’re going to make good on it.”

In Canada, it is illegal to make guns without the required firearms business licence. As a result, it is a crime to create a gun at home, for instance with a 3D printer or various components, without authorization.

The Canada Border Services Agency says it works closely with the RCMP and other partners to stop prohibited and undeclared firearms, as well as firearm parts, from entering Canada.

RCMP Commissioner Brenda Lucki told the committee she would welcome additional measures to prevent people from making their own guns at home, saying, “we need to get those off the street.”

Some Russian oligarchs speak out, cautiously, against war