There’s likely going to be another bear shot and killed in West Trail because the bruin has become habituated to garbage carelessly strewn around the bear-proof bins near the bocce pits.

In other words, the bin is not being properly used with bags of trash left outside it and/or the pins are not being correctly secured to keep the opportunistic eater locked out.

Scott Leyland — from Natural Control Alternatives — says a nearby neighbour has been doing her absolute best trying to stop contractors and others from filling it with their refuse, most of which is non-bear attractant waste. This leaves no room for anyone wanting to securely dispose of smelly household waste, the sole reason the bins are there in the first place.

“Unfortunately the bear pictured is very habituated and is not scaring off, so the conservation officer has been called,” Leyland told the Times.

Once a bear becomes used to easy pickings in urban neighbourhoods — household garbage is the usual lure — the animal will likely be euthanized by the conservative service because re-location is not an option.

The bins, a partnership between Natural Control Alternatives and the City of Trail, are an additional seasonal service to curbside garbage pickup; therefore, users are asked to make a $5 per bag payment in the cash collection box on the front of the receptacles.

“The ‘quick pins’ are essential to securing the bear-proof lids,” Leyland stressed. “If properly clipped, the bears very rarely succeed in breaking them. If the garbage bins aren’t overstuffed, then the latches under the stainless steel cover, are similarly effective, but the quick pins are used due to previous failures.” 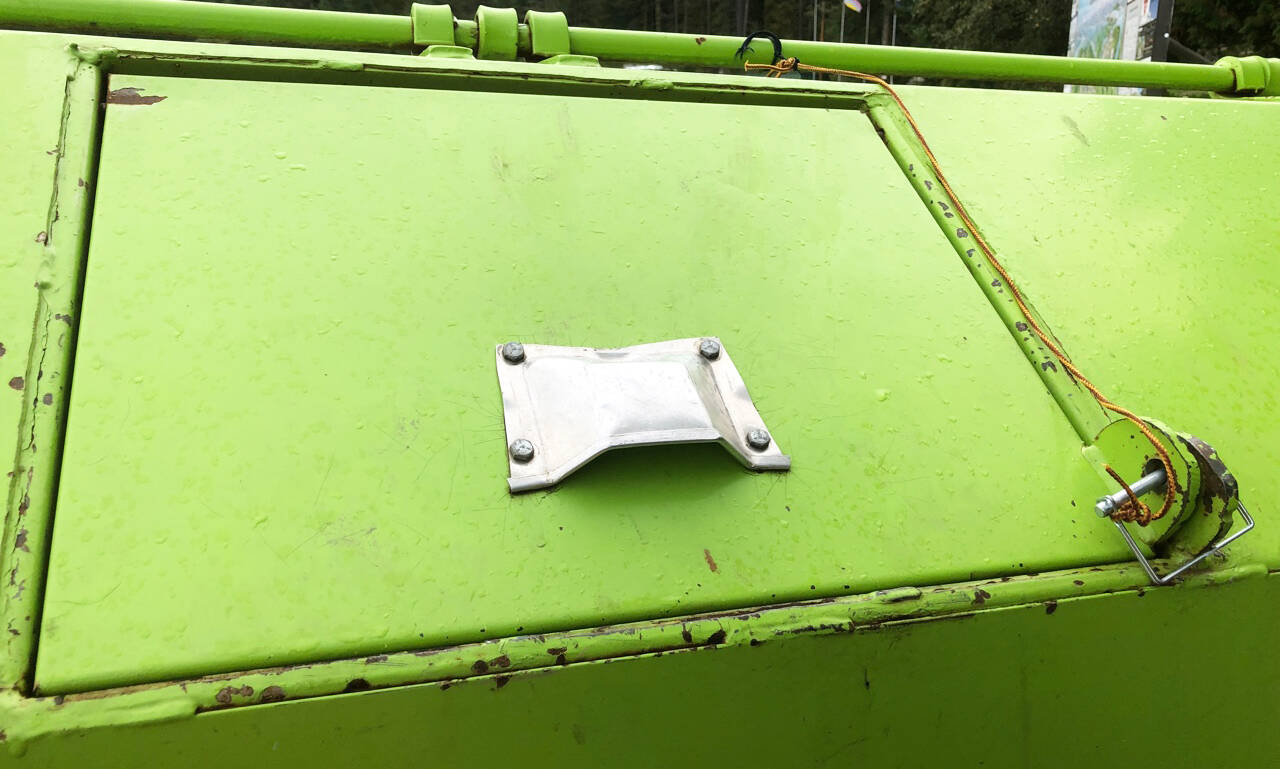 Quick pins (lower right) must be secured to keep the bruins out. Photo: Scott Leyland

Trail council first partnered with Natural Control Alternatives in 2009, each paying 50 per cent of costs. But an increase in tipping fees and ongoing misuse of the bear-proof bins, which are in place for household garbage of Trail residents only, had the city withdrawing the service in 2015.

What ensued was a swell of complaints about bears rummaging through garbage in neighbourhoods and of course, more bears being killed as a result. Trail pulled the two dumpsters back out of storage in 2017 for seasonal communal use, with Natural Control Alternatives agreeing to cover 75 per cent of costs. 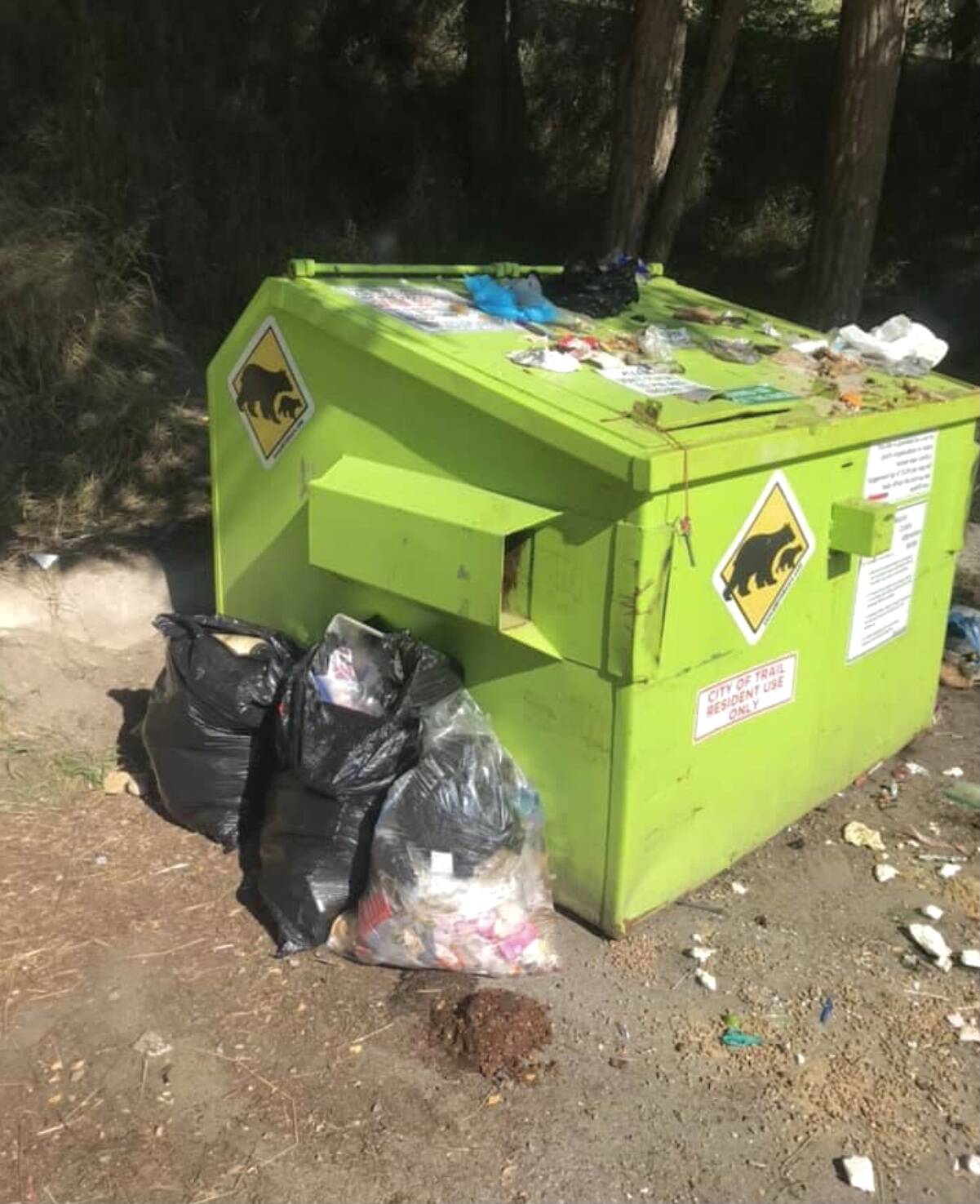 Read more: Yearling from Trail released in the northern wild

To avoid luring in a bear and putting the community at-risk, there are some simple tips for managing household attractants.

Keep garbage, recyclables and other attractants secure, indoors is best.

Wash out containers that store garbage and recycling so they are clean and odour-free.

Freeze smelly items until the morning of collection or until you can transport it to a solid waste landfill.

Besides creating a big mess and increasing the risk of human-bear conflict, trash that has been scattered by bears can also pose a serious health risk to the community and the contractors responsible for collecting the garbage.

The city reminds all residents to store their garbage in a secure place until the morning of their scheduled pick up day. Refuse must be securely bagged, including all items in garbage cans. Collectors will not pick up garbage that is not bagged.

Direct any garbage collection questions to public works at 250.364.0840 or email publicworks@trail.ca.