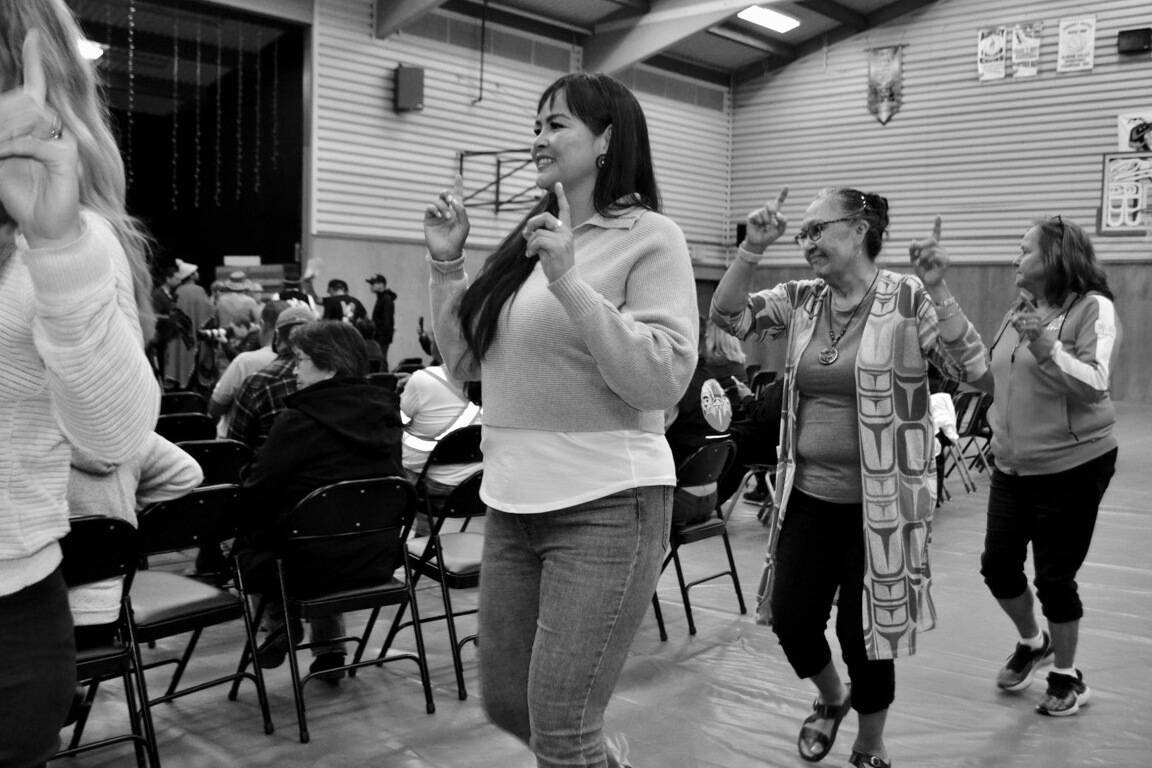 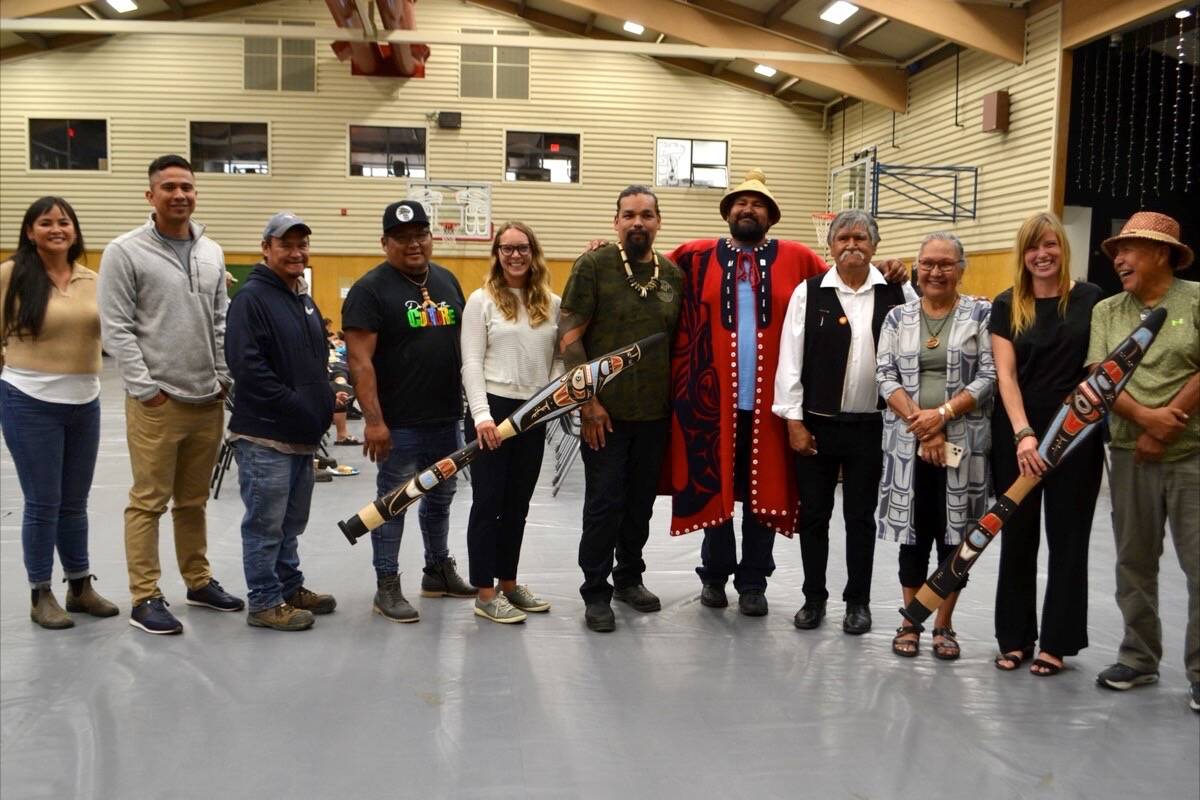 When Anna Atleo woke up to the roar of thunder on Aug. 10., her departed grandmother Evelyn came to mind. She thought of how proud her grandmother, a mother of 10 children, would be of the Ahousaht First Nation people.

Later that day, Atleo journeyed 30-minutes by boat from Tofino to gather with family in the village of Ahousaht on Flores Island. An announcement that was postponed twice was finally coming to light: Ahousaht is building a new traditional Big House.

“One day when the Big House comes, we will be able to celebrate with many Ahousaht people. We are a big Nation and it’s an exciting day for our people. We will be able to show our young children… I’m excited for my daughter and if I ever have grandchildren, one day they will be dancing in that Big House,” said Atleo, the assistant general manager of the Maaqutusiis Hahoulthee Stewardship Society (MHSS) and the Ahous Business Corporation.

Ahousaht has not had a traditional Big House since the early 1900’s. All the cultural structures were burnt and taken away as a result of colonization. The Government of Canada issued official approval for $8.3 million in funds through the Cultural Spaces in Indigenous Communities Program on July 19, 2022.

“This is only the beginning. They are going to repay everything they took away from us. Our longhouses, our canoes, our regalia, our songs, almost our dignity, but not quite. We are still standing strong. We are beaten, but not broken. We need to work as a team for Ahousaht people for the future,” said Little, adding that she wants to meet Prime Minister Justin Trudeau before she goes.

“It’s been a long time coming. When we pull together, look what we can do. We’re going to go such a long way,” said Rebecca Atleo.

During the announcement ceremony, Reid and Drexler were gifted carved cedar canoe paddles and traditional Nuu-cha-nulth names for their work on the project. Reid was named thlaayik, meaning “always giving” and Drexler was named Mamu-aqtl, which translates to “hard worker”.

“I feel the spirit of the community in strong moments like this,” said Drexler, who has been working with the Ahousaht schools for the last five years. “We see a lot of effects of trauma and sexual abuse in the school, so to be moving forward… The (Big House) represents moving forward to healing and empowering women,” Drexler told the Westerly News after the Aug. 10 event.

Reid said the next steps for the Big House is to form a committee with strong female Ahousaht representation to envision the framework and design of the structure.

Thunderous news out of Ahousaht yesterday with $8.3M raining down for a new Big House. The building will be a sacred place for women, girls & 2SLGBTQQIA to gather and heal.
Ahousaht women closed the event with a Women’s Warrior Song. pic.twitter.com/W9uJQesjdq

Hasheukumiss Ahousaht hereditary chief (Richard George) says the process will also include bringing back regalia that was taken: curtains made out of salmon skins, seashell baby rattles, wooden masks and more.

“The whole purpose of having such a special place is to hold many different ceremonies, like coming of age, passing of title, weddings, but most importantly, this is about having a place of healing. We have to reconcile with ourselves first and foremost. Before we can reconcile with anybody else, Canada or anybody, this is a big first step of reconciling with ourselves because of the inter-generational trauma that’s happened for the last six generations,” said Hasheukumiss.

Rebecca Atleo requested that the audience not to record or take photos for a 10-minute portion of the Aug. 10 ceremony. Those present bore witness to a true and ancient cultural practice as the Ahousaht hereditary chiefs brought out two ancestors, cloaked in wool and wearing traditional wood masks.

Newly elected Ahousaht chief Naasathluk (John Rampanen) said the ancestors have come and expressed their appreciation for the work that is about to come.

“This is a legacy that will live on,” said Naasathluk.

Atleo says she will apply to be part of the committee that designs the Big House.

“I myself am on my own healing journey. I am proud of my sobriety. If I want to talk about things that are troubling my people, I have to walk that talk. I am happy to b part of that and I hope that I can help other people that are struggling on that journey as well.”

Her 16-year-old daughter Sunasia thought it was cool to see the women lifted up “for once”.

“It inspires me to stand up and use my voice,” said Atleo’s teen daughter.