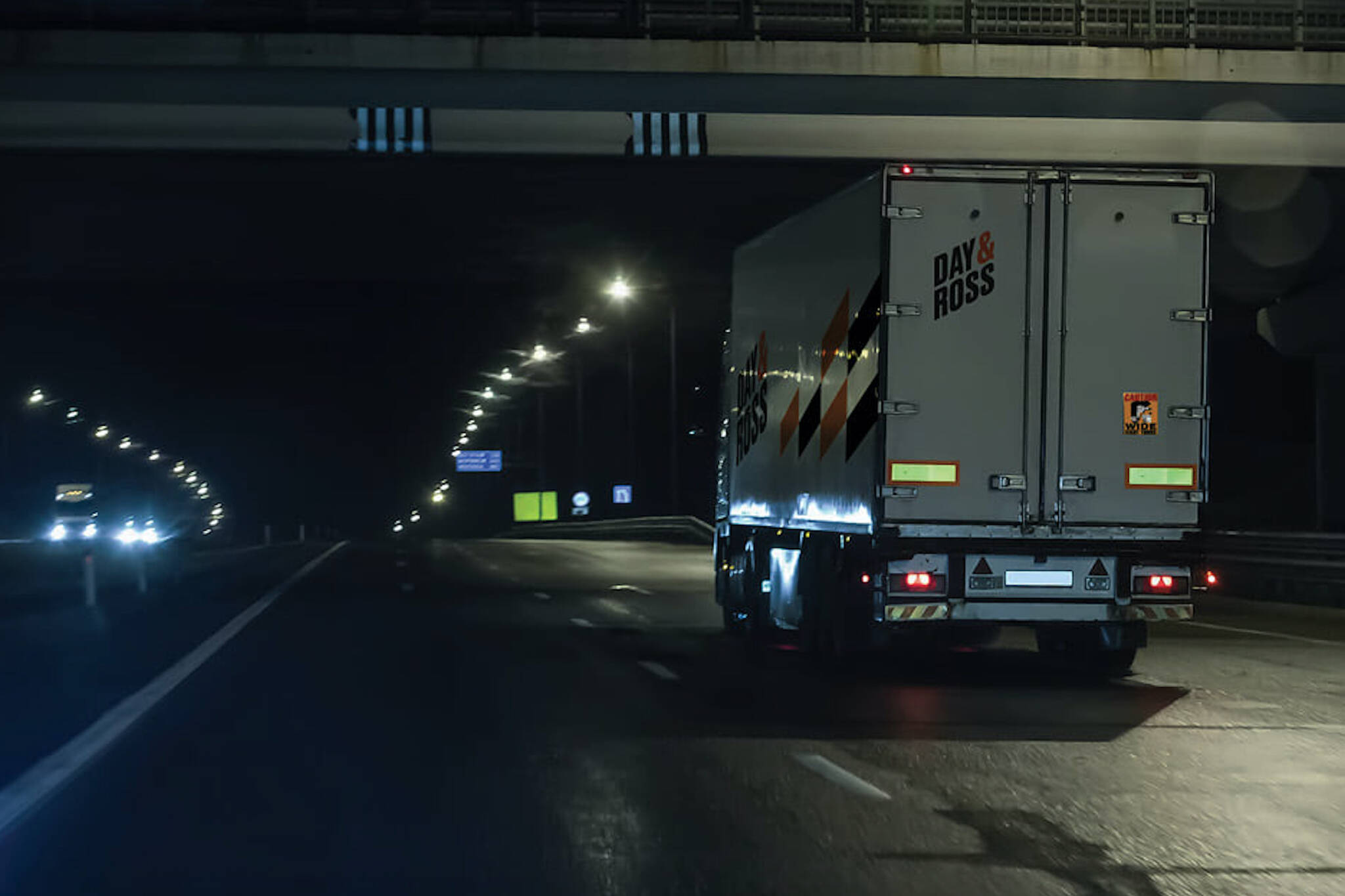 One of Canada’s largest transportation companies, Day & Ross, is partnering with Truckers Against Trafficking (TAT), a non-profit that educates drivers to combat human trafficking in their daily work.

Victims of human trafficking are often targeted at truck stops and on highways. Day & Ross Chief Operations Officer Doug Tingley said as “eyes on the road” drivers are in a unique position to spot human traffickers along Canada’s highways.

“We reflected on the fact that we have literally thousands of drivers that are crisscrossing the country every week and we thought it was a good opportunity for us to help.”

Public Safety Canada defines human trafficking as the recruitment, transportation, harbouring, exercising control, direction or influence over the movements of a person in order to exploit that person. Typically human trafficking takes the form of sexual exploitation or forced labour. With the help of TAT, reports from drivers have led to both arrests and victim recoveries.

Tingley said to date there are more than 1.2 million drivers trained by TAT in North America who are “making a significant difference” in the fight against human trafficking.

Métis singer and songwriter Aurora Leigh was trafficked as a minor while living in Prince Rupert. Leigh said there is “absolutely” sex trafficking of women and girls along Highway 16 that connects Prince George to the northwest.

She said having truck drivers alert people to the situation could make a big difference.

“It’s waving a flag to folks that aren’t aware that it is a big problem,” Leigh said. “Nobody navigates the roads more than truck drivers do. It’s waving a flag and saying ‘we’re on these highways, we know it’s a problem and we’re standing up.’ That’s powerful.”

While sex trafficking isn’t the only issue facing women in the north, nor is it the only reason that women go missing along Highway 16, Leigh hopes more drivers will get involved and build a network of support for women along the “Highway of Tears.”

There are a number of trafficking “hotspots” especially along the Trans Canada Highway and due to the nature of that kind of criminal activity Tingley said it impacts communities across the board. The National Human Trafficking Hotline reports that in the last five years more than 41 per cent of the cases truckers have reported to them involve victims that are minors.

He said it’s not about intervening directly in situations that might look suspicious but rather to gauge if intervention might be needed.

Truckers Against Trafficking has an app that you can download to your phone and connects you with numbers to contact authorities quickly.

“For me personally, taking the training and knowing what to look for has opened my eyes when I travel around. I think it’s worthwhile for anybody to do,” Tingley said. “You don’t have to be a trucker to be a trucker against trafficking.”

To find out more about how you can get involved you can visit the Truckers Against Trafficking website.