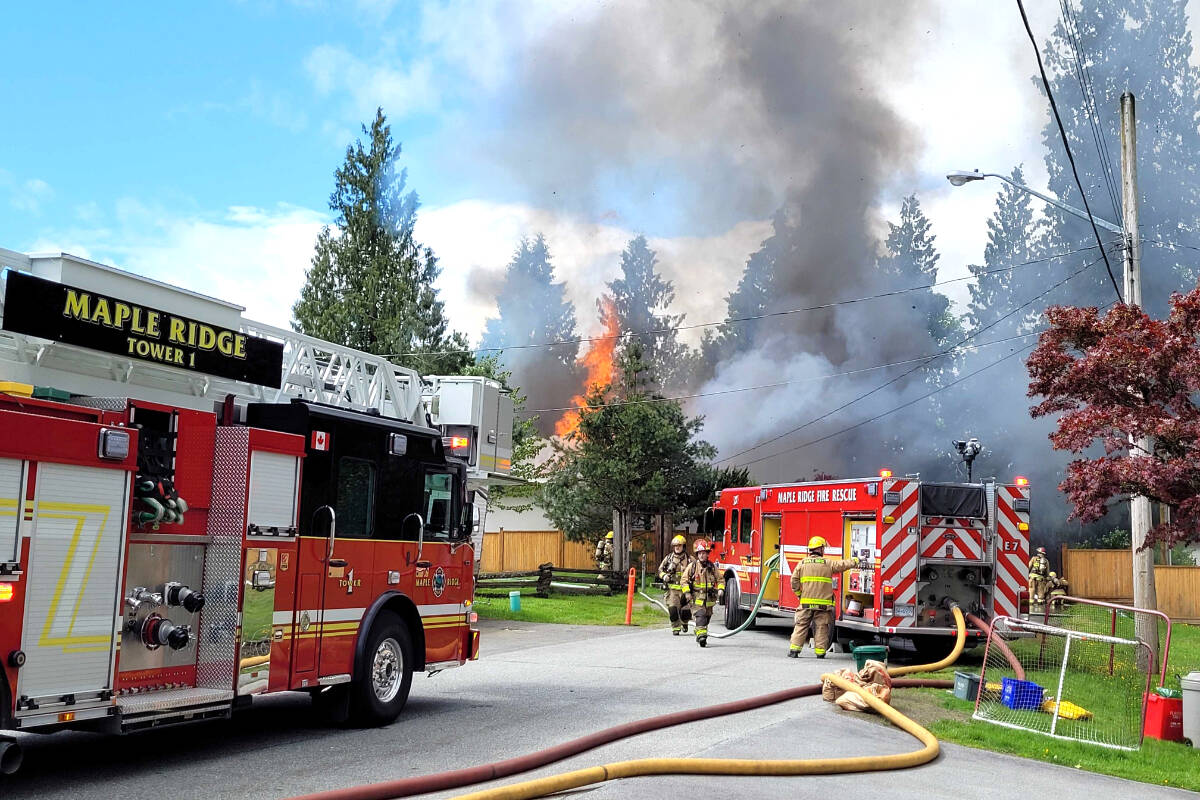 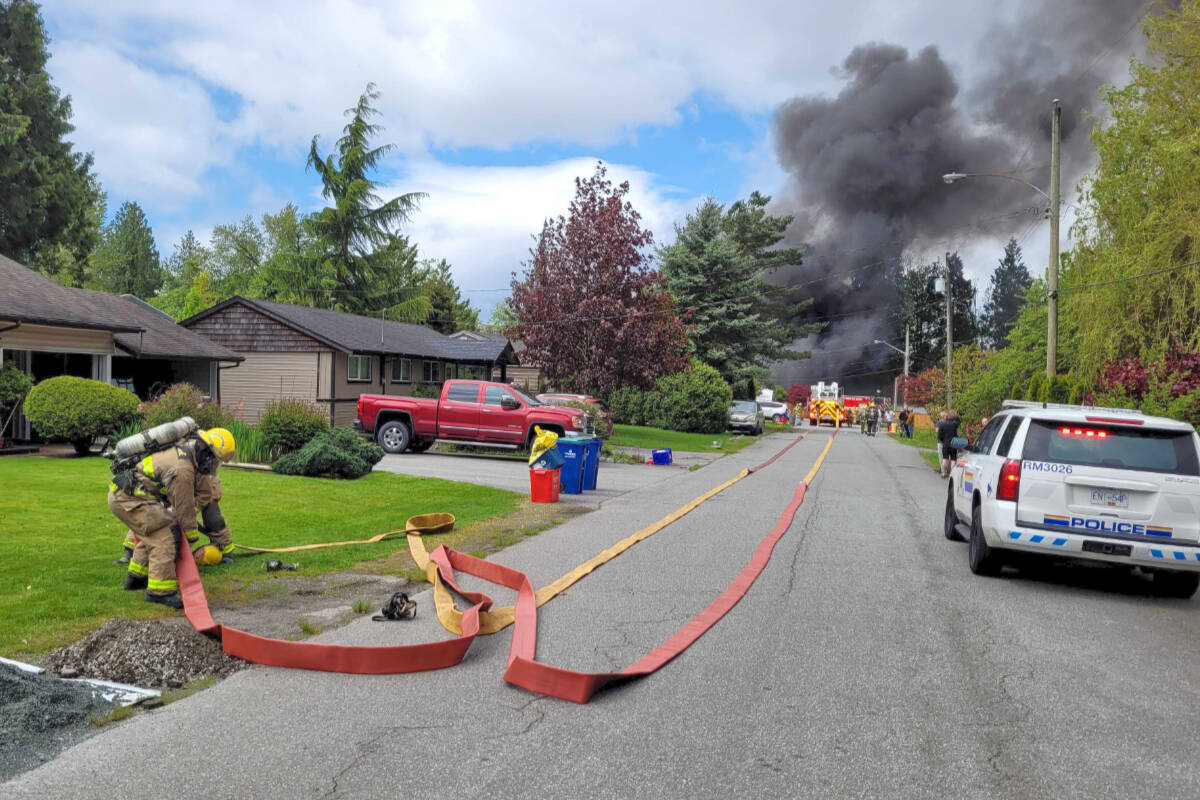 Emergency crews were called to a home in the 22500-block of 123rd Avenue on Wednesday lunchtime for a fire. (Neil Corbett/The News) 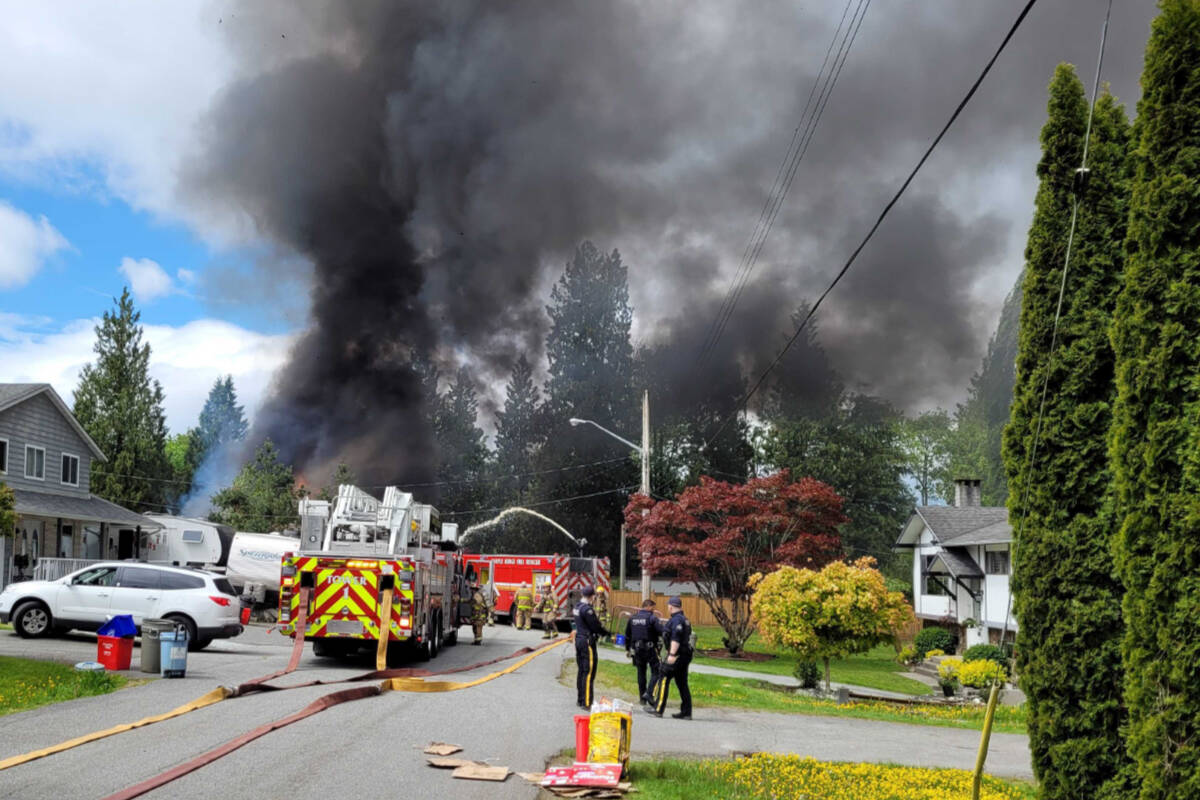 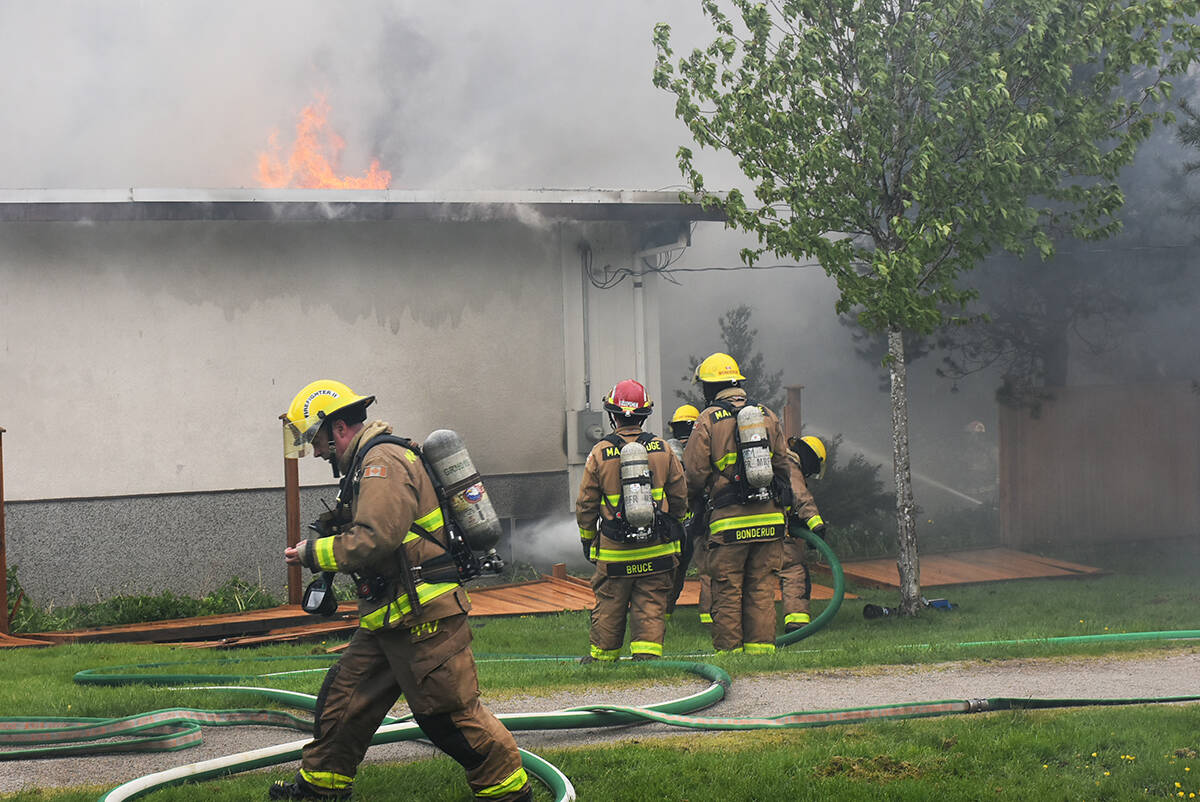 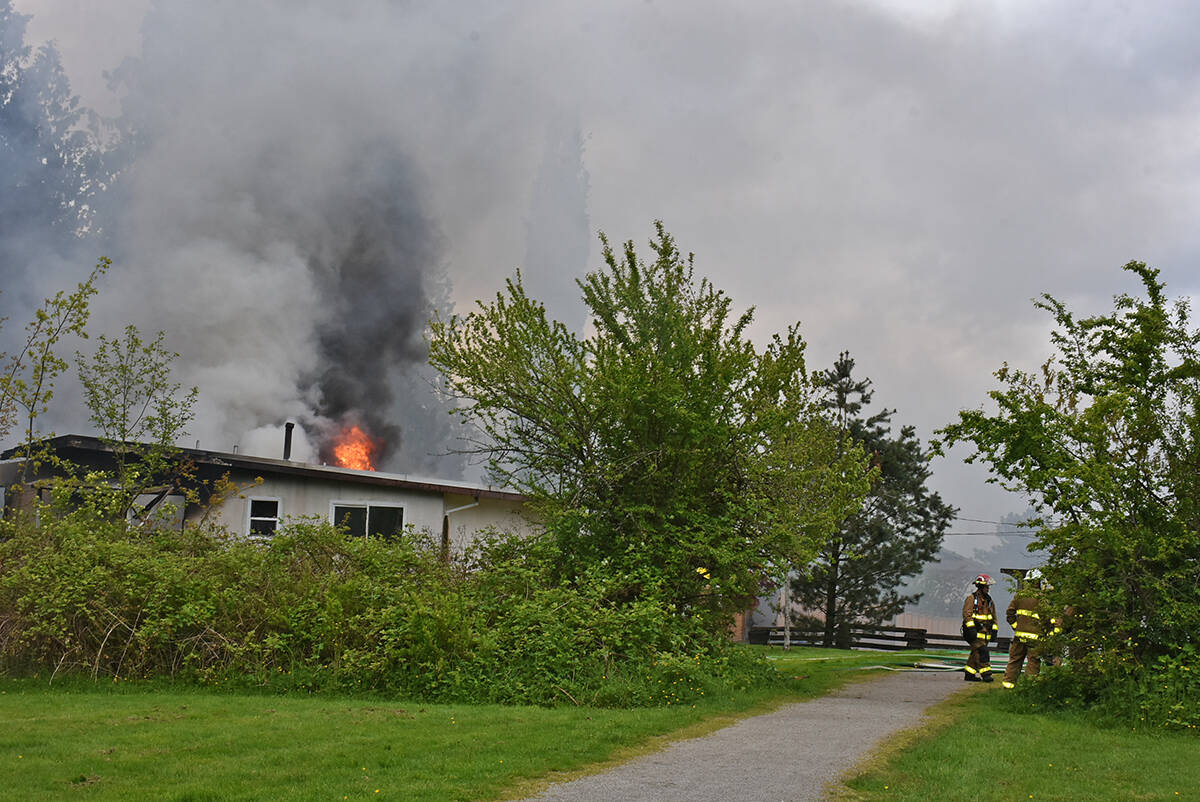 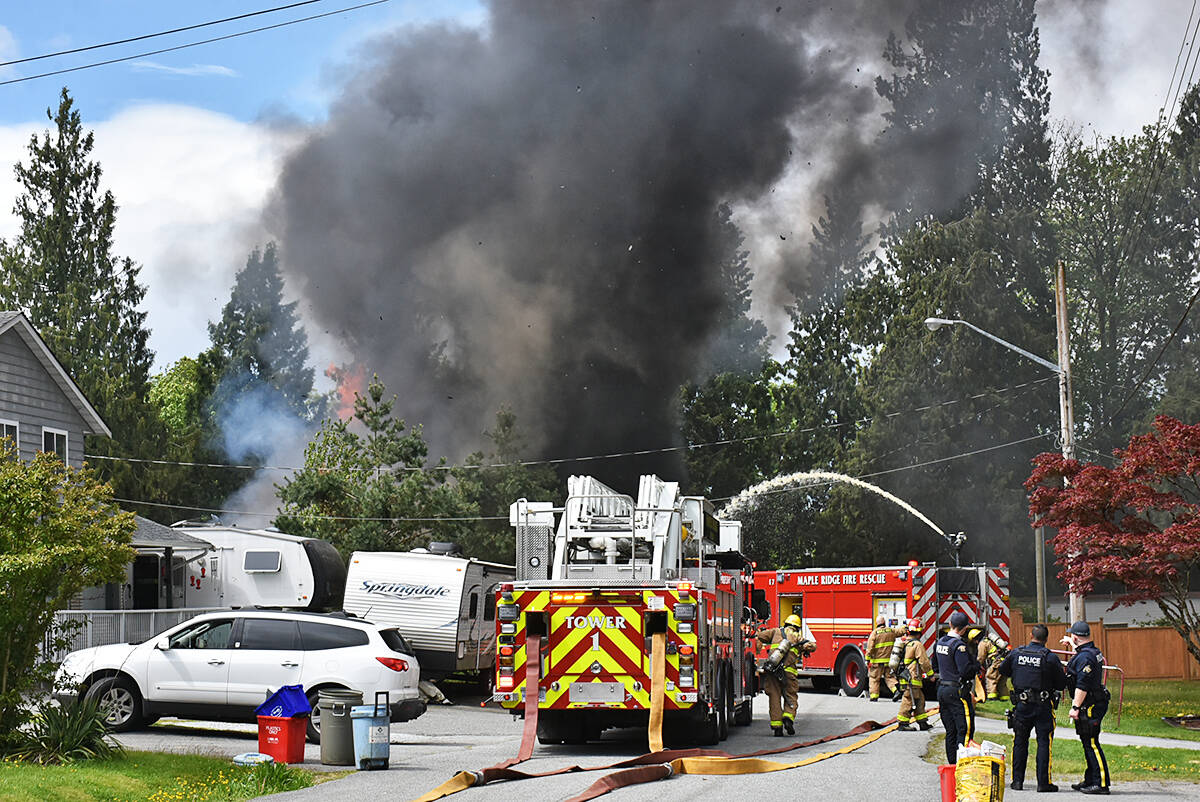 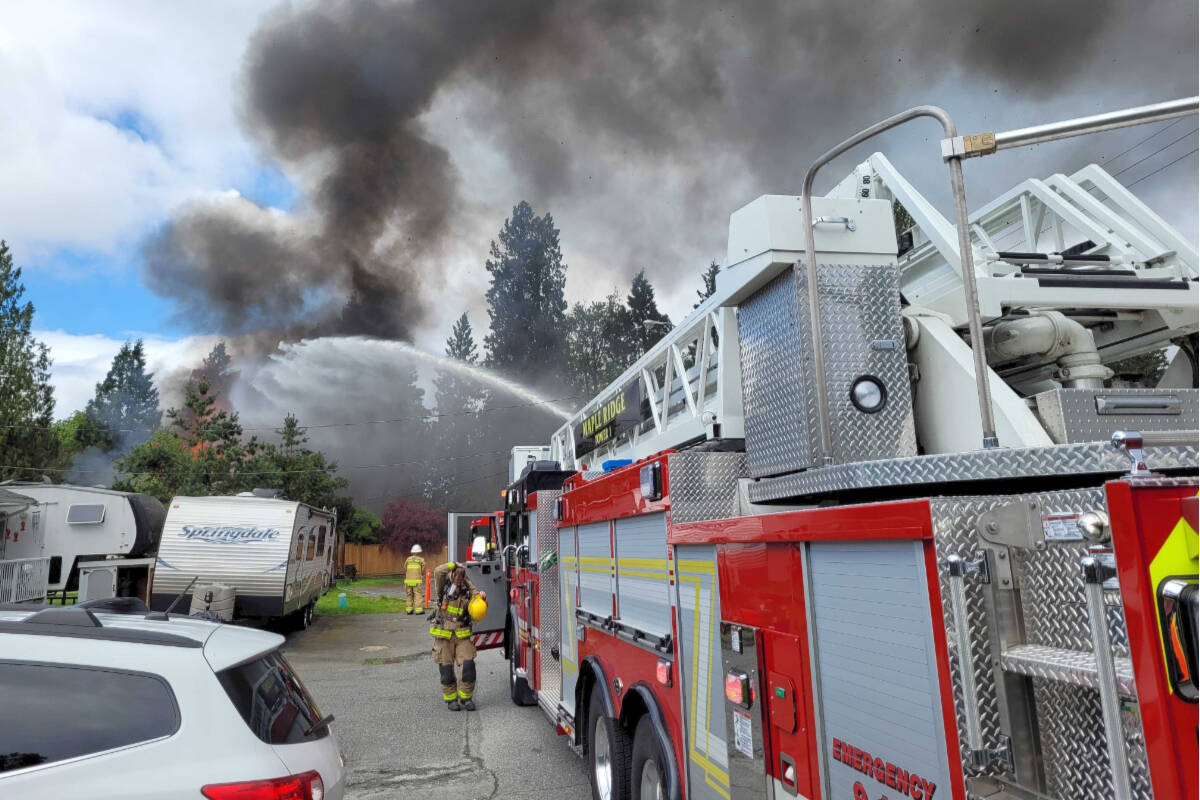 Emergency crews were called to a home in the 22500-block of 123rd Avenue on Wednesday lunchtime for a fire. (Neil Corbett/The News)

Witnesses reported a loud explosion, some said a series of explosions, just before noon from a residence in the 22500-block of 123rd Avenue. RCMP pushed crowds back, noting there was ammunition in the burning house. There were loud pops as the bullets could be heard going off by those on scene.

Major house fire in Maple Ridge on 123rd off 227th. Lots of firefighters, plus RCMP & Paramedics. Neighbors say they heard gunshots just before fire was visible. They also claim homeowner “took off” …. pic.twitter.com/tdolBi7n3S

The residents were observed by witnesses leaving the house, and according to firefighters all of the building occupants made it out safely.

The fire department shared that they received multiple calls about the fire just minutes before noon and a high plume of dark smoke was visible for several blocks.

The house is located at the end of a cul de sac, immediately north of Reg Franklin Park. Firefighters were mopping up the scene at about 3:30 p.m., and said there was no obvious cause of the fire. Damage to the house was extreme.

They expect to begin a fire investigation on Thursday morning.

Have a story tip? Email: ncorbett@mapleridgenews.com

Former B.C. legislature clerk guilty on one count of fraud, breach of trust

First O’Toole, now Kenney: What some are saying it means for state of conservatism