Despite a slow start to the day, lines were holding steady at polling stations as the 7 p.m. deadline loomed. With less than an hour until polls close, elections officials were reminding voters that as long as someone is in line before 7 p.m. they can still vote past the polls closing.

There’s still time to get out and vote in Esquimalt-Saanich-Sooke! There’s about 50 people here at the St. Joseph’s the Worker Hall polling station in Saanich. BUT if you get to any polling station by 7 p.m. you will get to cast your ballot no matter how long the line is. pic.twitter.com/qsDSmH19W1

A slow trickle of voters was making its way through an Esquimalt polling station Monday morning at around 10:30 a.m., in what appeared to be a trend across Greater Victoria.

Elections officials at the Chief and Petty Officers’ Mess polling station on Lyall Street told Black Press Media advanced voting days saw a huge turnout, but so far Monday it’s been a highly manageable load. They said there had been no issues so far.

Here at Chief and Petty Officers’ Mess polling station in #Esquimalt where an extremely slow trickle of voters is going in. Supervisors say the morning has been slow, but that there was a huge turnout during advanced voting. Coverage at @VictoriaNews
(Video on time lapse) pic.twitter.com/e8vFv8mU0f

It was a similar situation shortly before 2 p.m. in View Royal.

Voters were in and out quickly at the Shoreline Community Middle School polling station. One of them was Wendy Collins, who votes in every election.

“We have the privilege of voting, some countries don’t,” Collins said. “I think it’s the best thing we could do.”

But for many young people like Olivia Forbes, Monday was their first opportunity to vote in an election.

Reconciliation was top of mind for her as she went to cast her vote.

She hopes the federal parties have listened to what younger people have to say.

“Me and a lot of my friends are really keen on voting this year,” she added.

Brenda Lane of Colwood hoped her vote will lead to change.

“Canada needs to be fixed,” she said.

At the Wishart Elementary School station, 22-year-old Gavin Aubrey said a lot of young people don’t see the importance of voting, but doing so honours those who fought in wars for the democratic right.

“Even though I’m just one vote, I can help sway a decision.

As a student nurse, he sees the first-hand impacts that the health care system has on people. Aubrey said nobody should have to worry about going hungry, having clean drinking water or being able to access a doctor.

“In a country where we’re so well set up, I don’t think anyone should have to worry about that,” he said.

Robert Cook said the issue that matters most to him is Canada taking care of retired military personnel.

“Some of our veterans aren’t being taking care of now, so hopefully in the future they are being taken care of,” said Cook, who served in the armed forces for 37 years.

Other voters who spoke to Black Press Media outside the Colwood school hoped to see action on issues like affordable housing, seeing more health care workers get hired and more help for seniors. One woman hoped people will stop believing conspiracy theories downplaying the pandemic.

Polls opened at 7 a.m. in the Esquimalt–Saanich–Sooke riding with a new federal government expected to be named Monday night in Canada’s 44th federal election.

Who is running in Esquimalt–Saanich–Sooke?

READ MORE: Election 2021 – Who are your Greater Victoria candidates?

Where you can vote:

To find out your local poll location, visit the Elections Canada website and type in your street address. Alternatively, Canadians can look at your voter registration card. Voters can only visit their specified polling location.

Elections Canada has warned that due to staffing shortages from the pandemic, some voters may experience a wait to cast their ballot.

Masks are mandatory in polling locations, but proof of vaccine is not required.

READ MORE: A guide to casting your federal election ballot in Greater Victoria

For Elections Canada’s FAQ page for questions such as what kind of identification to bring, click here.

Do you have a story tip? Email: vnc.editorial@blackpress.ca. 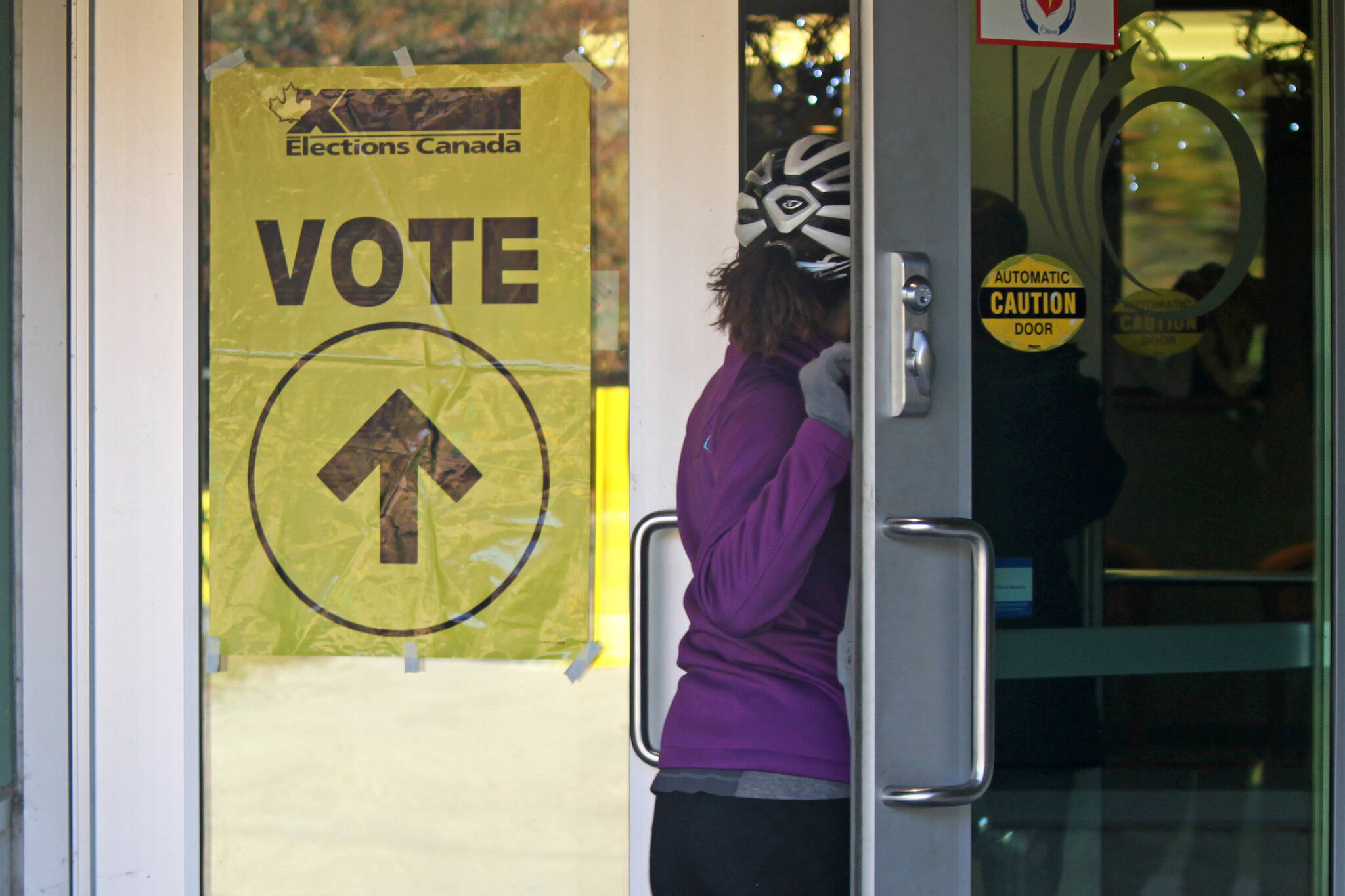 Canadians across the country head to the polls to vote in the 2021 federal election Monday. (Photo by Elections Canada)