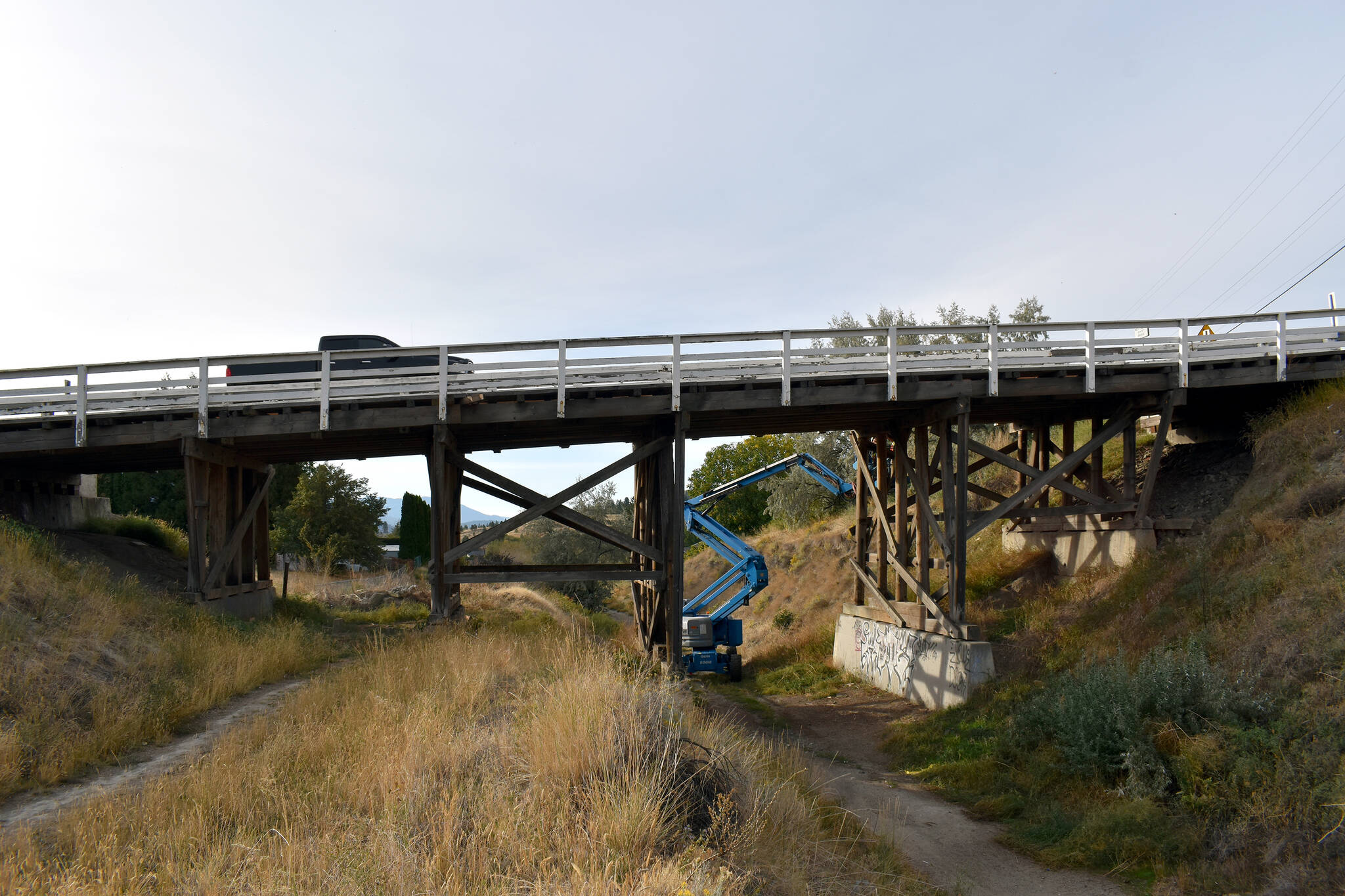 Residents of West Bench were greeted by what has become a familiar and routine sight, on Sept. 11, the bridge over the KVR Trail was closed for repairs.

The bridge, an old wooden trestle bridge from the days of the Kettle Valley Railway, often closes to undergo yearly maintenance. Over the last five years, around $260,000 has been spent on the repairs according to the Ministry of Transportation and Infrastructure.

The yearly repairs, which have included redecking as well as replacements of the supporting timbers, are largely due to the heavy industrial traffic that uses the bridge.

Westhills Aggregates’ gravel pit is located above West Bench, and many of their vehicles use the road to get down to Penticton.

The ministry has an inspection program that reviews all of the bridges they are responsible for at least once a year to ensure they remain safe for travellers.

A replacement for the West Bench Hills Drive bridge has been considered, according to the Ministry, however, its priority is weighed against other bridges in the province, and no date or estimated cost has been estimated.

The bridge has been fully closed for 14 days over the last five years and has been reduced to limited traffic for more.

To report a typo, email: editor@pentictonwesternnews.com.