The South Pandosy corridor is set to be the scene of the latest made-for-TV movie filmed in Kelowna.

Sweet As Pie is a romantic comedy set in small-town U.S.A., but was shot in the Okanagan.

Directed and produced by Reel One Entertainment, the movie has been shooting at Gatzke Farm in Lake Country and on Pandosy Street.

Producer Costa Vassos said Pandosy was the perfect location to film the movie, with one side of the street by Marmalade Cat Cafe representing small-town America, and across the way at SOPA Square as the scene for an upscale New York office.

Vancouver’s Rhiannon Fish and Kurt Szarka are the main characters, with the rest of the crew hailing from the Lower Mainland or around the Okanagan.

“Kelowna has been great to work in, the people have been awesome, the area is gorgeous. My wife and I are even looking at buying a place here,” said Vassos. 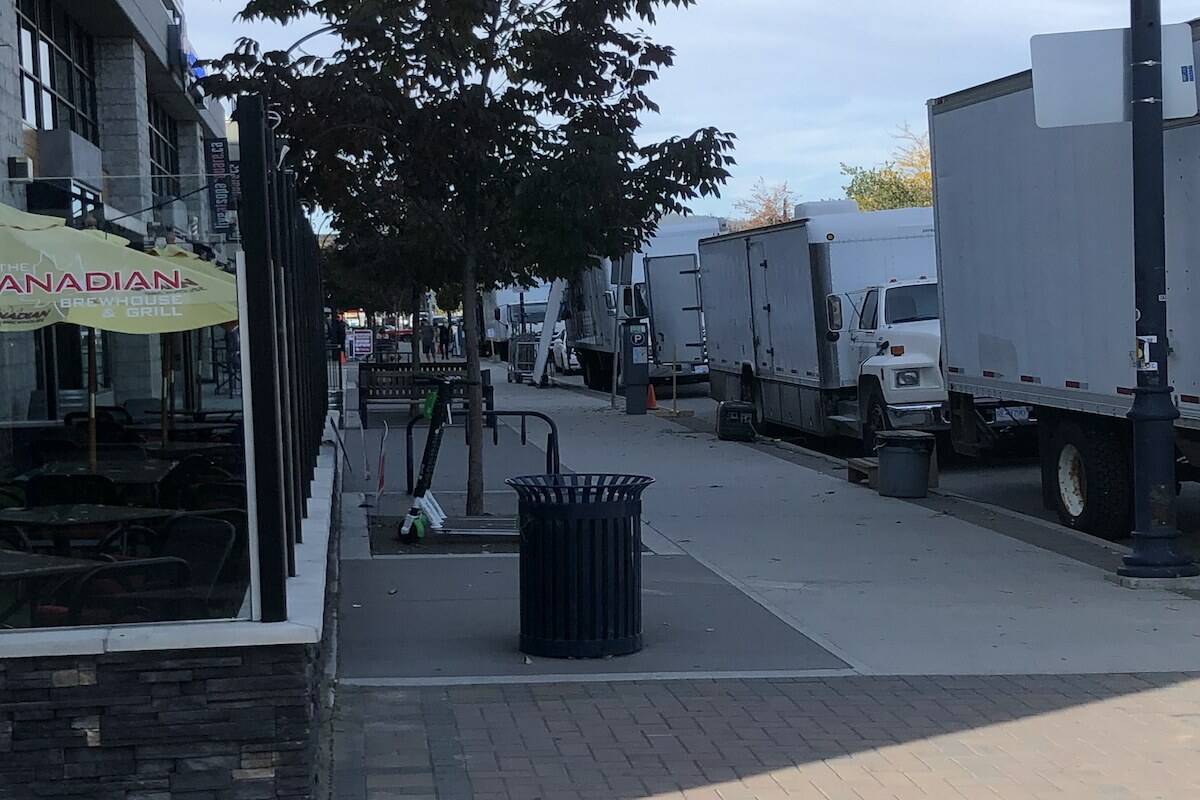 In the last two years, Vassos has produced 18 films in Kelowna.

“We have been shooting during the pandemic and it’s been challenging. We were the first to go to camera in all of Canada,” he explained. “We have been very fortunate with the policies and procedures we have in place, everyone has stayed healthy and we haven’t had to shut down.”

Tuesday (Sept. 28) is the last day the crew will be filming, with production set to wrap up and be broadcast on TV in the next two to three months.

Meanwhile, Vassos is already scouting out his next scene for a holiday romance film to be shot in the Okanagan.

“We are having a look up at Big White or in Summerland, as we shot there last year. We closed off the downtown and it was perfect for the holiday film,” said Vassos.