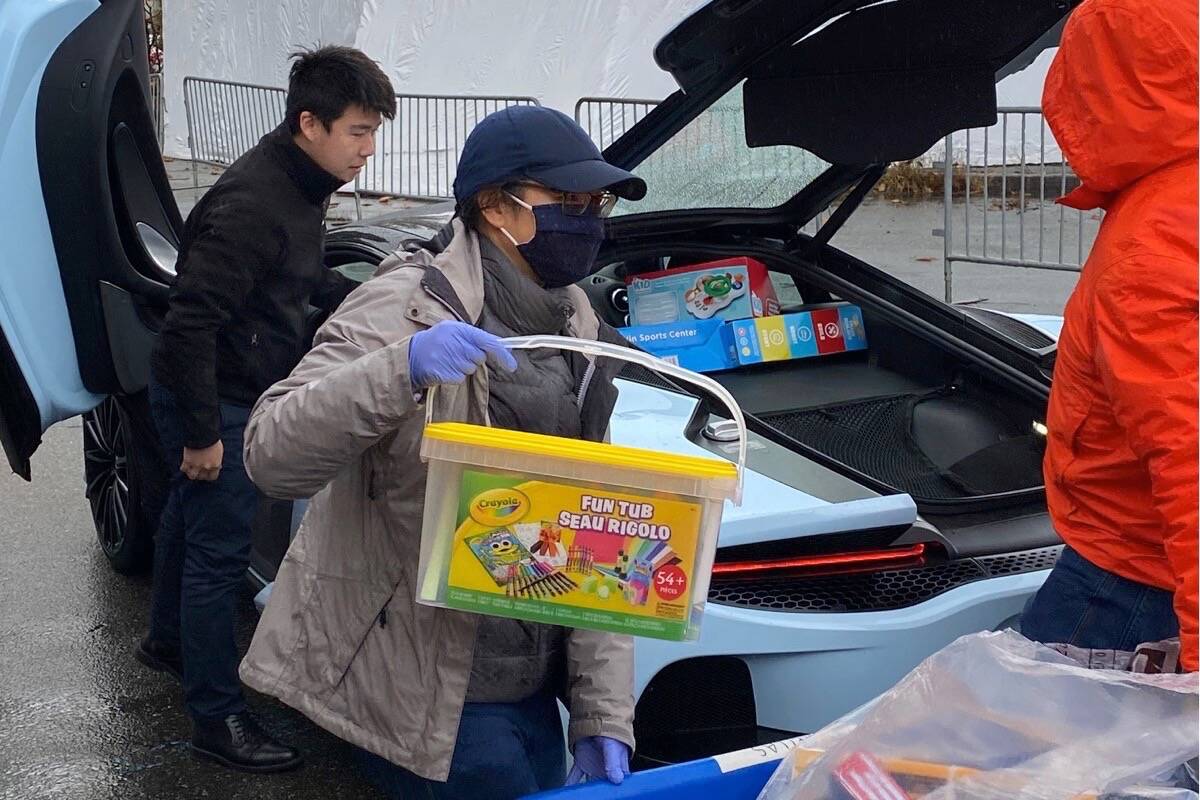 An effort to ensure Christmas is still bright for the youngest residents of flood-affected B.C. communities is to take place next weekend in Abbotsford.

READ MORE: Firsthand look at flooding and mudslide damage in Yarrow and Abbotsford

“This is strictly organic, let’s all work together as bureaus and help the people that need the help,” Bayliss said.

“It’s taken off and it’s become this ginormous thing, which I’m really proud of.”

Rick Francoeur co-owns 360 Collision Centres with his brother Daryl and said Friday (Nov. 26) that the past two weeks in business have been tough to navigate, with employees stuck in Chilliwack and “all this action and drama” happening in B.C. due to the flooding and landslides.

After hearing that Christmas bureaus in many of the affected communities were also impacted, “that’s when we figured out maybe we can do something,” he said.

“All the places that need the toys got flooded. We don’t want any kids to not have something to open up on the 25th, or whatever day they choose.”

The Dec. 11 event – which also involves the Jim Pattison Foundation and 911 service providers including Abbotsford Police – will unfold at the 31450 Peardonville Rd. shop, in a drive-thru format, making it as easy as possible for anyone who wants to help by dropping off cash or new, unwrapped gifts that are suitable for kids up to 18 years old.

Francoeur said his staff have all volunteered to help out and are “quite excited” to be involved.

The donations will help in Abbotsford and beyond, he added.

“They’re going everywhere, which is kind of nice – that people can help out people from Merritt from down here.”

Bayliss said his charity – which has worked to make Christmas and the winter season brighter for families across the region for more than 90 years – has fielded multiple calls from partner agencies in communities affected by the flooding, seeking logistical and other supports. A load was to be shipped to Chilliwack on Friday (Nov. 26), and “we’re going to backstop every bureau we can,” he said.

For those planning to donate gifts at the Dec. 11 event, Bayliss emphasized a need for gifts for teens and pre-teens. It’s an age group all of the bureaus “struggle terribly” to meet the needs of, as oftentimes, donor gifts are more targeted at kids aged four and younger.

Gift suggestions listed on the LMCB website for 12- to 18-year-olds include sports gear, board games, headphones, makeup and gift cards.

For younger kids, ideas include arts-and-crafts items, building blocks, games and puzzles, and toys that spark the imagination.

The bureau – which also acts as the Christmas bureau for Vancouver residents, assisting an average of 1,000 families every year – already has an abundance of stuffed animals, added Bayliss. Noting a stockpile that numbers around 18,000, he encouraged those who plan to donate to consider other items instead.

Christmas Bureau volunteers will also be on hand to accept donations, and COVID-19 protocols will be in place.

Born to be wild: Goat finds family with herd of deer